WBL 073 is a 5 galaxy group in Aries the ram. NED puts the group\'s distance at 430 million light-years. The 5 are PGC 009220, NGC 0915, PGC 009233, NGC 0916 and NGC 0919. Note that NGC 0915 is much closer than the other 4 by redshift. Other galaxies in the image are at the right distance and likely members of the same group as the 4 but don\'t make the WBL 73 group criteria. Apparently, distance isn\'t important. I couldn\'t find any criteria but that the galaxy is magnitude 15.7 or brighter and has an overdensity of 10^(4/3). The catalog is known as the Catalog of Nearby Poor Clusters of Galaxies. The authors are, White, Bliton, Bhavsar, Bornmann, Burns, Ledlow and Loken. Apparently, WBBBBLL was shortened to WBL. The catalog has 732 entries. I only have a few on my to-do list. Since the southern cutoff is 2 degrees south all are within my range.

The three NGC galaxies were discovered by Albert Marth on September 5, 1864. The field is poorly studied bein in the Zone of Avoidance. I\'ve listed everything on which NED has redshift data and identified those easily visible that don\'t have any distance data. Most don\'t have anything but their position.

As usual, this winter weather was poor for this image. The blue frames were hit by thin clouds creating nasty blue halos around bright blue stars. I toned them down but couldn\'t totally eliminate them without doing other harm. Transparency was poor for all frames limiting how deep I could go. This is the main reason the background seems strangely free of faint stars and galaxies. To take the noise I had to set the dark point higher than normal. 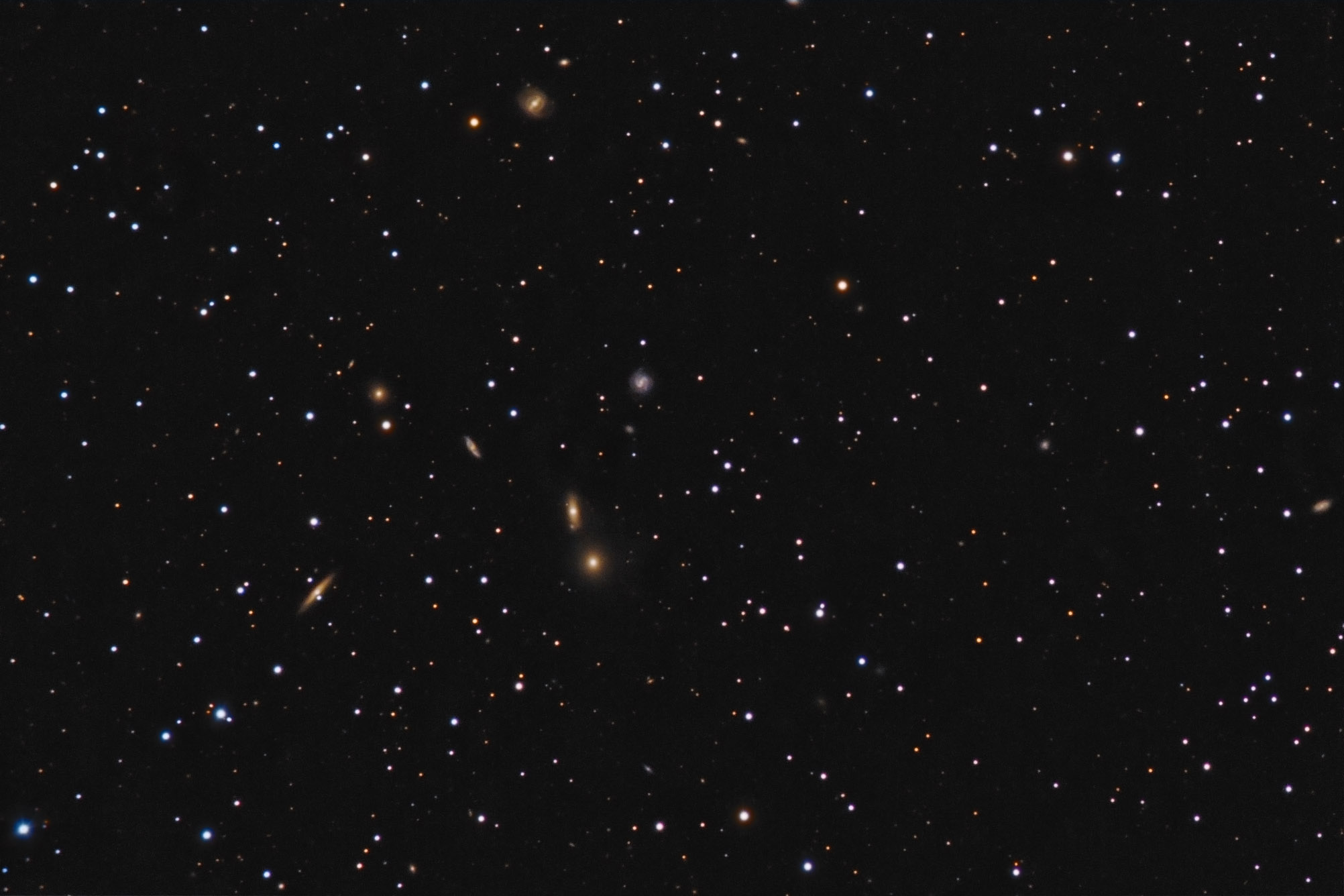 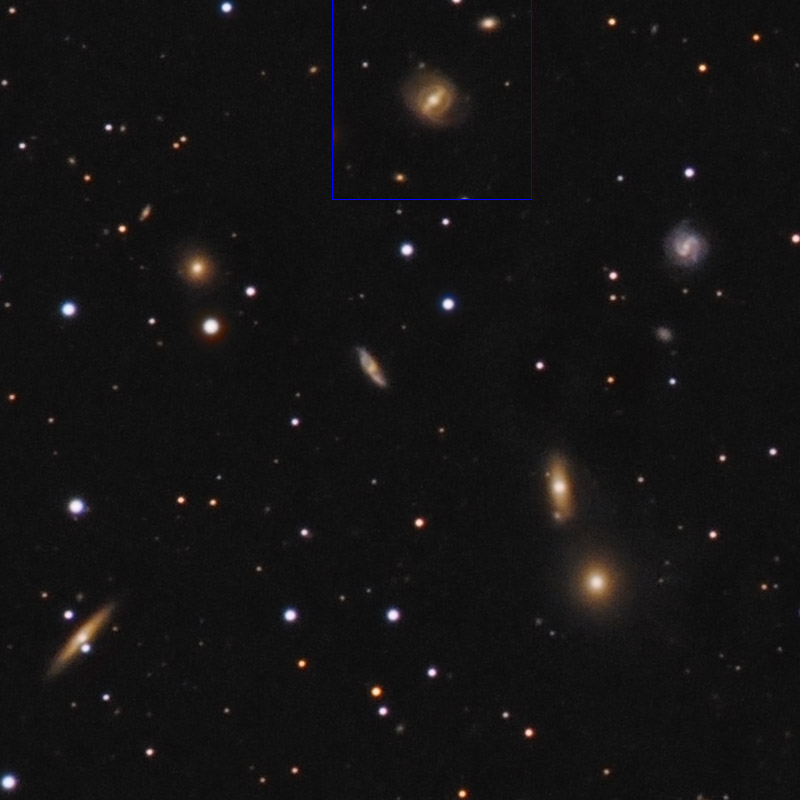 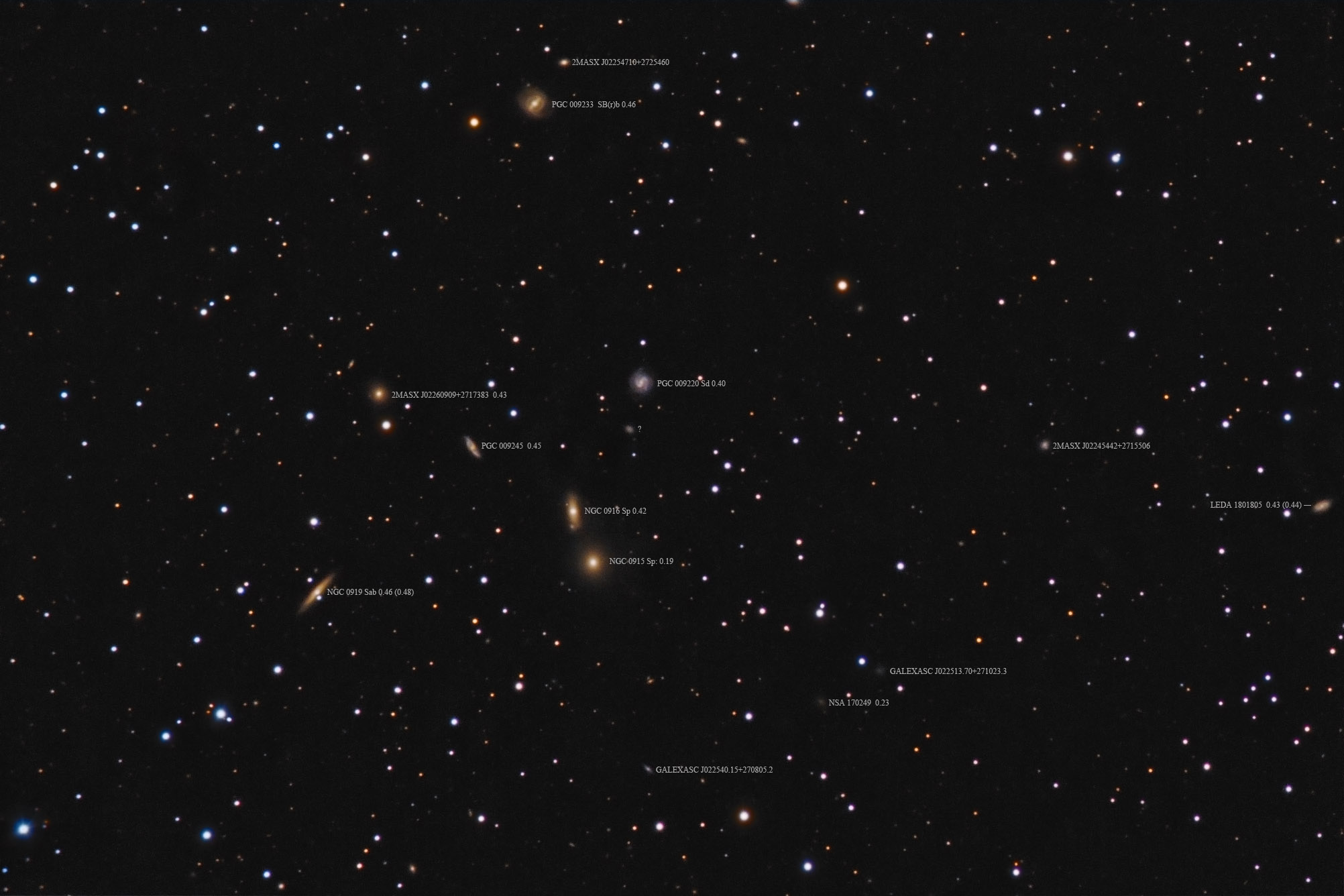