The galaxy trio of WBL 400 was suggested to me by Sakib Rasool as a group of slightly interacting galaxies. The group is located in western Canes Venatici about 315 million light-years from our galaxy. The southern galaxy is a Sa spiral with two very different arms as if something has churned things up greatly. The red northern elliptical has an odd bar running through it from the north-northeast to the south-southwest making it look almost like it is a combination of a disk and elliptical galaxy. On the other hand, the eastern Sa spiral is rather normal looking though the western arm is more drawn out than the eastern. So there are hints of interaction with each other but who disturbed who I can\'t say.

The northern elliptical is about 90,000 miles across the odd bar or plume structure. The other two are slightly smaller at about 70,000 to 75,000 light-years across depending on how far out I trace the hints of their possible plumes. All three occupy a projected space that is about 250,000 light-years across assuming they are at the same distance. There no other galaxies in the field with a similarly measured redshift. These three seem rather alone in their region of space.

About the same angular size located to the southeast is a blue dwarf galaxy that carried two designations. One for the northern part, ASK 507390 and the southern known as LEDA 4126044. NED lists the latter as part of the former. It certainly does appear to be one irregular galaxy. At only 62 million light-years it is only about 15,000 light-years across.

To the west of WBL 400 is an odd appearing ASK 507364.0 at 860,000 light-years. It seems to have two cores. But the one to the northeast (upper right) is actually just a star in our galaxy that happens to have a color rather similar to that of the galaxies true core.

The annotated image lists all galaxies in the field I could get redshift data on at NED. Unfortunately, that\'s only a small percentage of the many background galaxies in the image. The most distant at 4.03 billion light-years has a redshift that puts it very slightly more distant than the nearest quasar at 4.02 billion light-years. That is a rather rare occurrence. I wonder what Arp might have had to say about that. 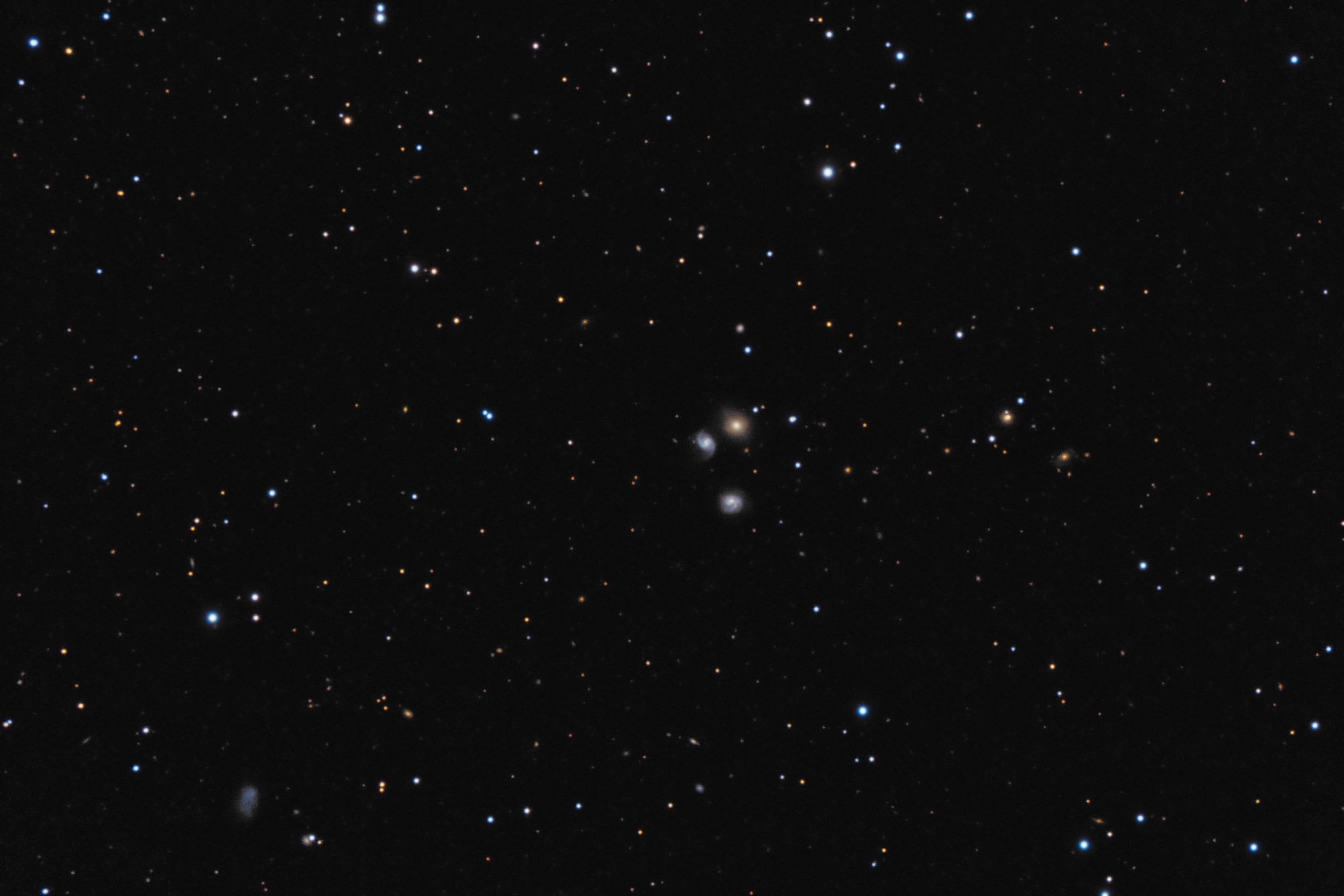 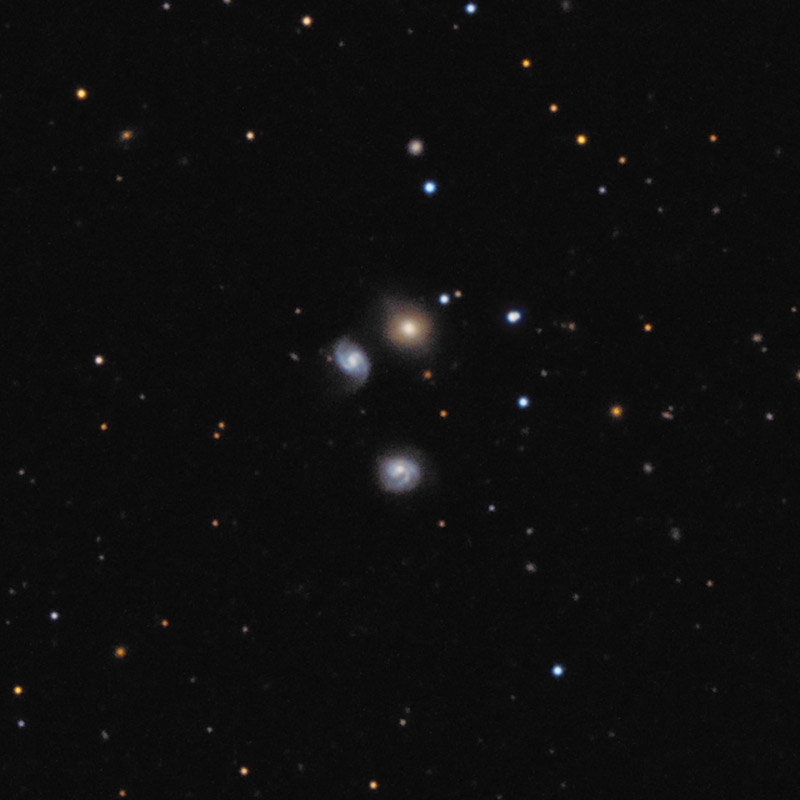 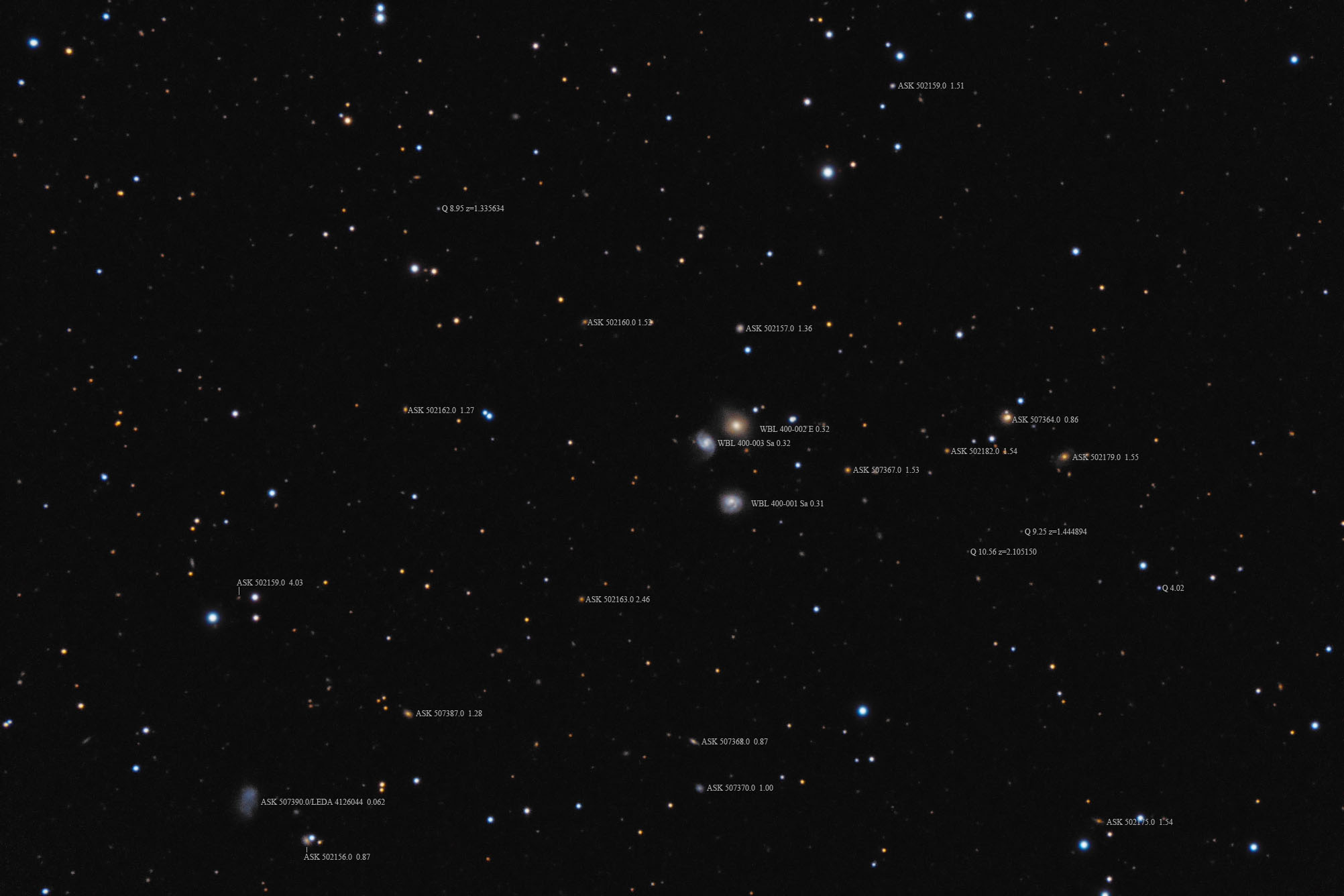