ASK 386242 in the eastern side of the image is interesting looking. I wish we weren\'t nearly 2 billion light-years from it as it has a huge drawn out arm or plume. I measure it, including the plume at nearly 150,000 light-years in size. Something has really happened to this galaxy. I found nothing on it, unfortunately.

The field contains several extremely low surface brightness dwarf galaxies. I labeled them even though I found no distance data for them. The one north of NGC 4440 is very faint and hard to see. The easiest being in the upper right corner.

Speaking of faint there are 4 asteroids in the image, three are also very faint and difficult to find. The brightest is not much brighter but I was surprised to find that it is not in the Minor Planet Center\'s database. This is yet another case of my not looking at an image until long after it was taken. If I had looked at it that day or the next I could have sent in the position for others to track or I could skies permitting. Now, weeks later, it is too late and it is again lost. I don\'t know how the constant surveys missed this one. Maybe they didn\'t and somehow it just didn\'t get in the database. In any case, I marked it as \"Unknown\". The three known ones are all magnitude 20.1 or fainter by the MPC\'s estimate. The unknown one is somewhat brighter.

Transparency wasn\'t all that great this night so I didn\'t pick up the faint dwarf galaxies as well as I\'d hoped or expected to on a good night. This will have to do. I\'ll leave that to others. 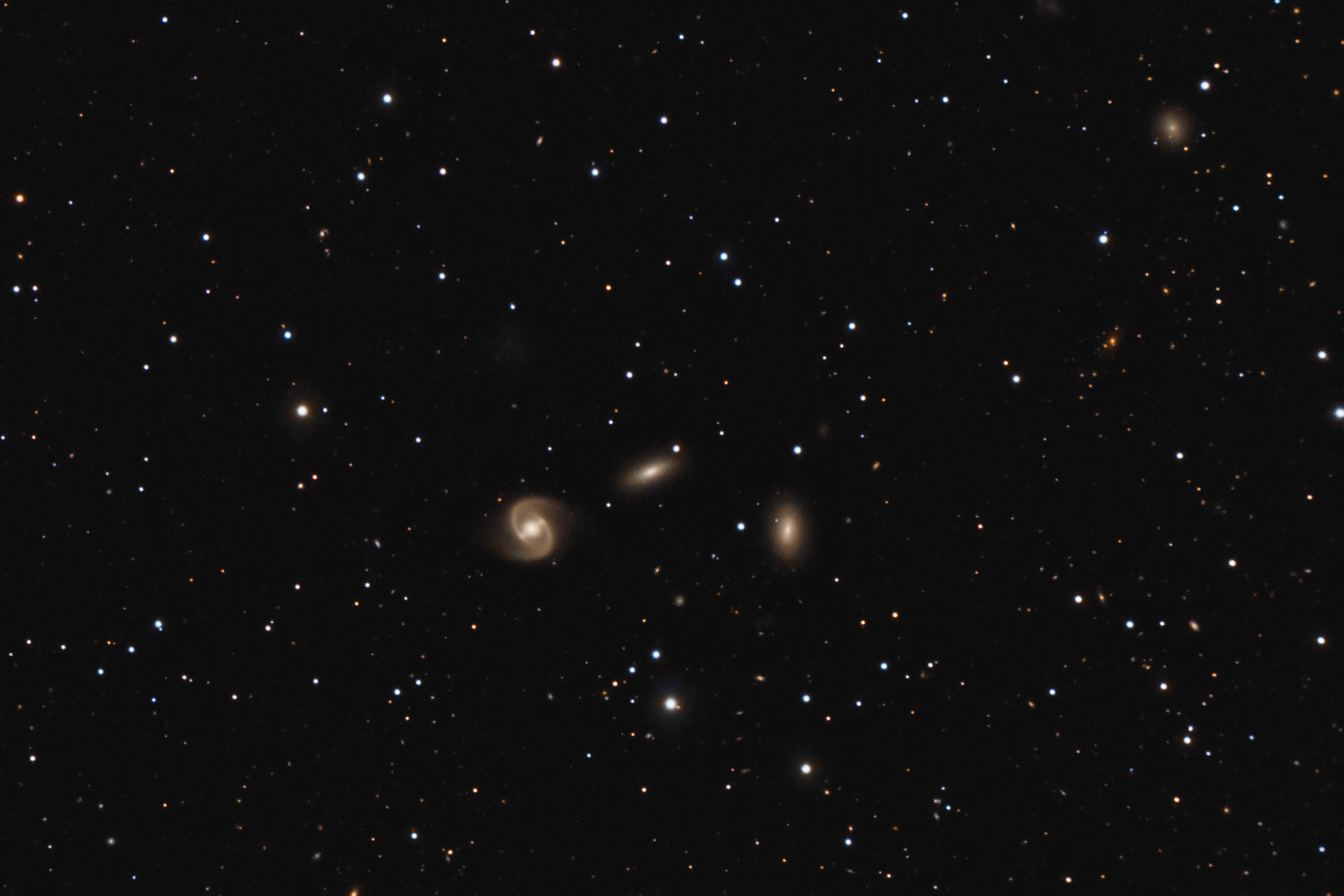 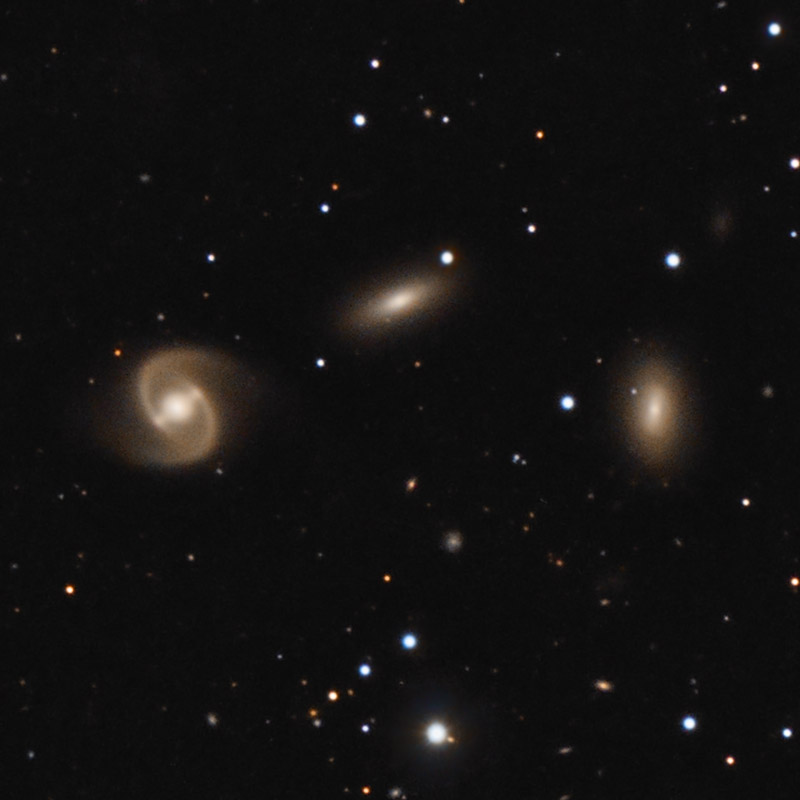 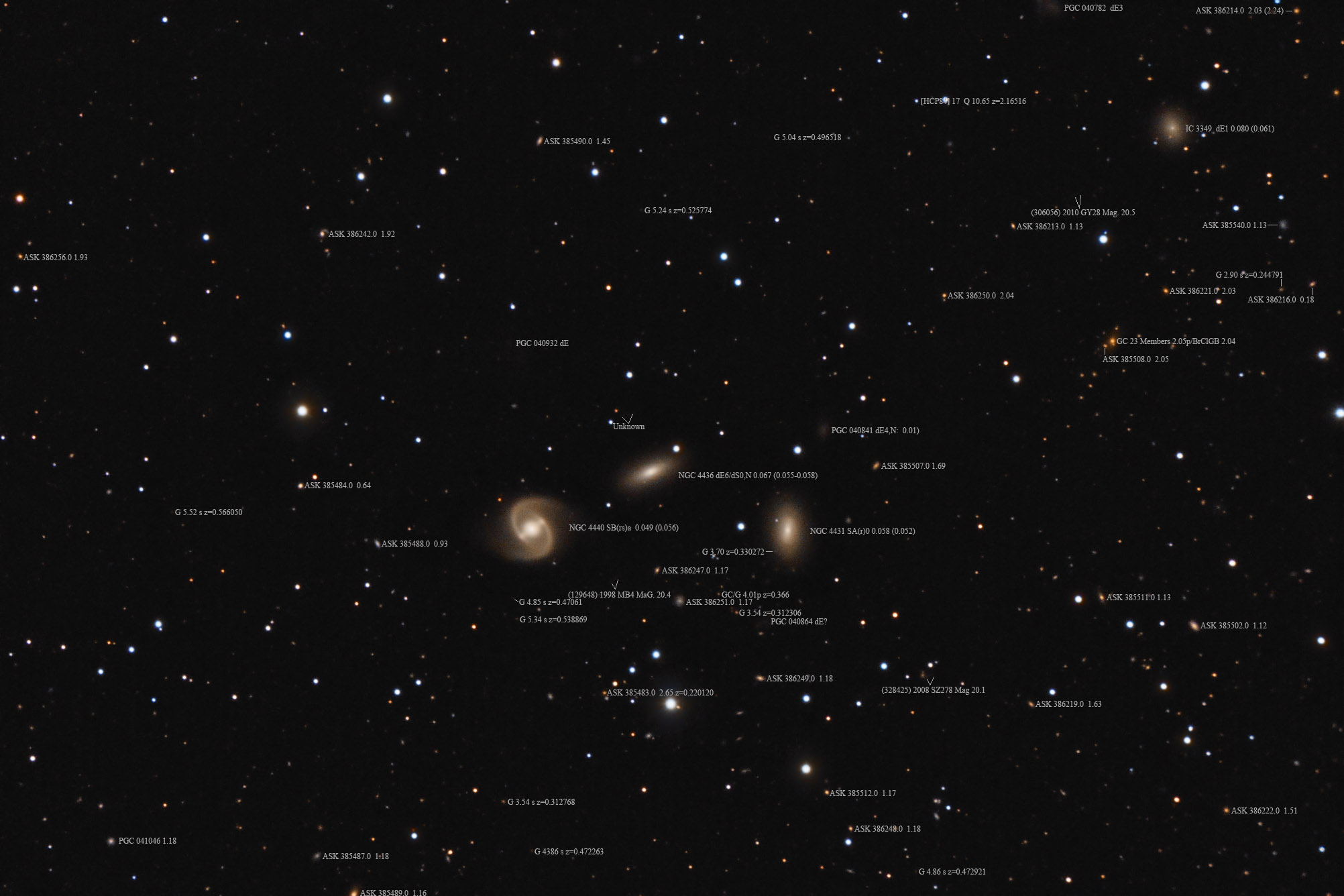