The Wolf-Lundmark-Melotte galaxy was discovered by Max Wolf as a nebula in 1909. At that time galaxies weren\'t really recognized. It wasn\'t until 1926 that Knut Lundmark and P.J. Melotte determined it was a galaxy. It is now recognized as a distant member of the local group being some 3.4 million light-years distant by some sources. NED, using 26 measurements mostly using Tip of the Red Giant Branch and Cepheid variable methods gives a median value of 3.2 million light-years. Others sources say 3.0 million light-years. All agree it is more distant than M31 but like M31 it is moving in our direction and is thus blue shifted. As a member of the local group, it is quite isolated with its nearest neighbor being over 1 million light-years away. That one is the rather well known IC 1613. I do need to retake that one as my data for it from 2007 is awful, especially the color data. The WLM galaxy is located in southwestern Cetus just below my normal 15 degree south declination limit. Fortunately, I had an exceptional night so was able to capture it though not with the detail I\'d get if it was up out of the gunk.

The WLM galaxy is classified as IB(s)m at NED. Assuming the 3.4 million light-year distance it is some 10,500 light-years long and 6,200 light-years wide using the extent seen in my raw FITS files. Its actual size is likely larger as the faint halo is hidden by my low transparency this low over the lake even on a good night.

While there are many other galaxies in my image only one 2MFGC 00035 in the upper left quadrant has any redshift data. That puts this rather flat, edge-on galaxy some 460 million light-years distant. NED makes no attempt to classify it or any other galaxy in the image.

Adding to the losses is the fact I left the low-level floor lights on in the observatory. Why they were on I don\'t remember. I see a skewing of my normal color levels toward red due to this. Also, the luminance channel has a somewhat higher background than normal but neither was a significant issue. It being so low did far more harm. Still, I wish I\'d not left those floor lights on. The other object taken that night, NGC 784 also has this issue. Other than adding a slight, easily handled gradient, I don\'t think the lights hurt it.

I should note that\'s a star in our galaxy at about the center of the galaxy, not its core. 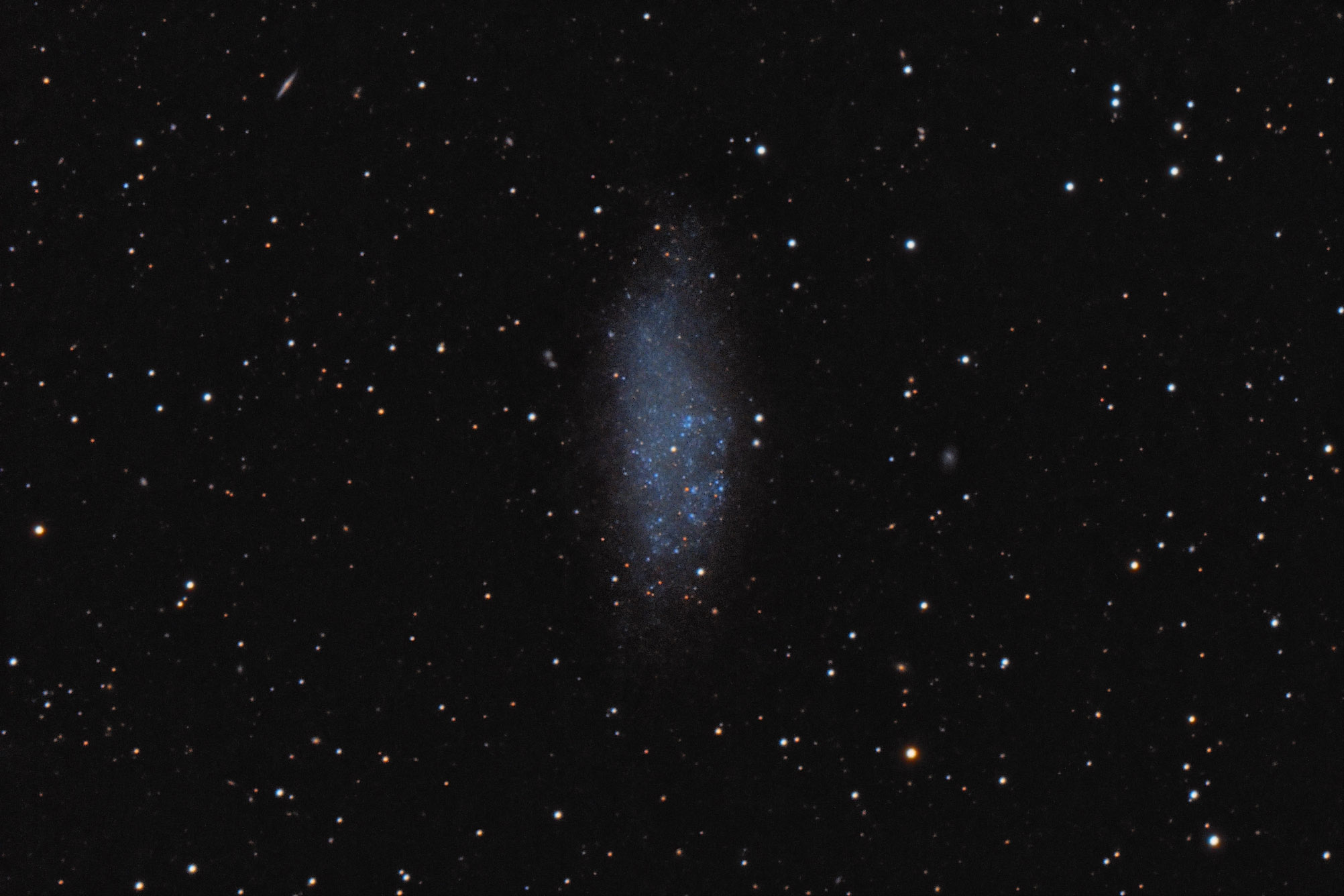 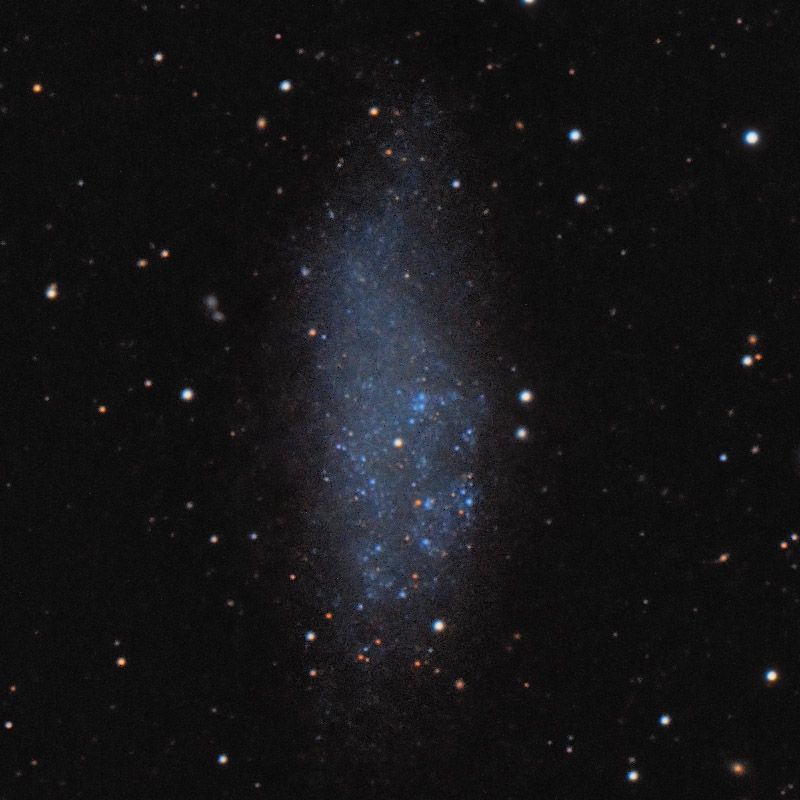