vdB 012 is a yellow reflection nebula in southern Perseus less than a degree from NGC 1333. It is illuminated by HD 21110, a K4III-IV star, hence its color. It\'s likely the star is somewhat in front of the nebula so the nebula is reflecting some of its light rather than scattering its blue light as it would if it was well behind the nebula. My The Sky program says it is about 680 light-years distant. That would put the nebula at about the same distance. The entire field is full of the faint dusty light of the Perseus OB2 molecular cloud. I assume the nebula is just a portion of the cloud that happens to have a 9th magnitude yellow-orange star nearby. van den Brock referenced the nearest bright star for his objects. Technically vdB is HD 21110. GN 03.22.3 refers to the nebula itself though most prefer the vdB number.

Due to the dust of the OB2 cloud, I didn\'t expect to find background distant galaxies but many are in the image. Only four made the 2-micron survey. Though many other anonymous -- to me -- galaxies can be seen throughout the image. While the OB2 cloud is known for forming many new stars, I didn\'t find any Young Stellar Objects in my image. I expected at least a few. I found galaxies I didn\'t expect and didn\'t find YSO\'s I had expected.

The brightness of HD 21110 created a glare that made bringing out details in the nebula difficult. I didn\'t expect so much glare from a yellow-orange star. I usually get that from blue stars. 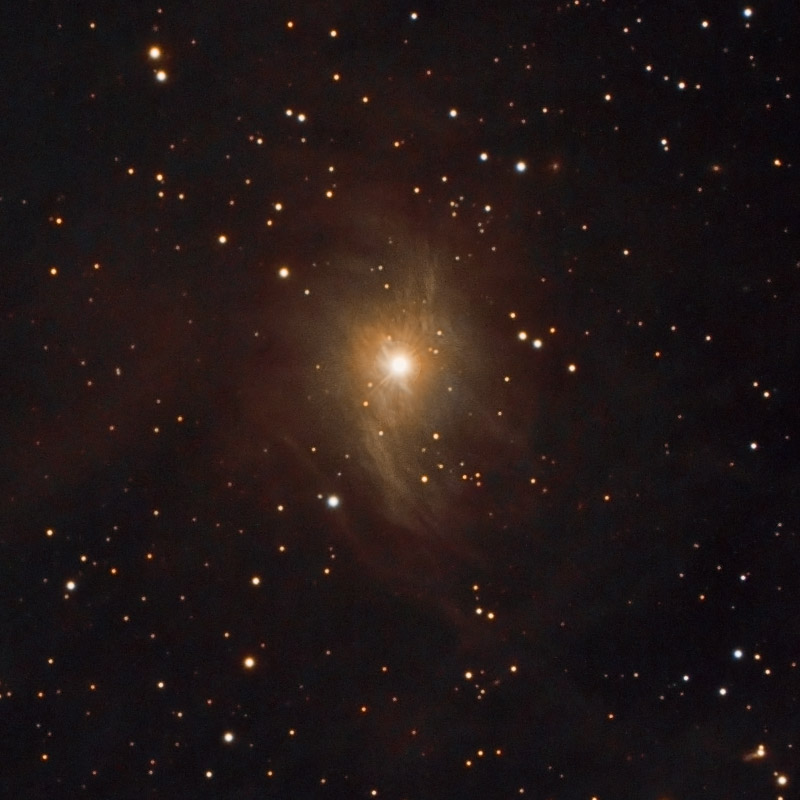 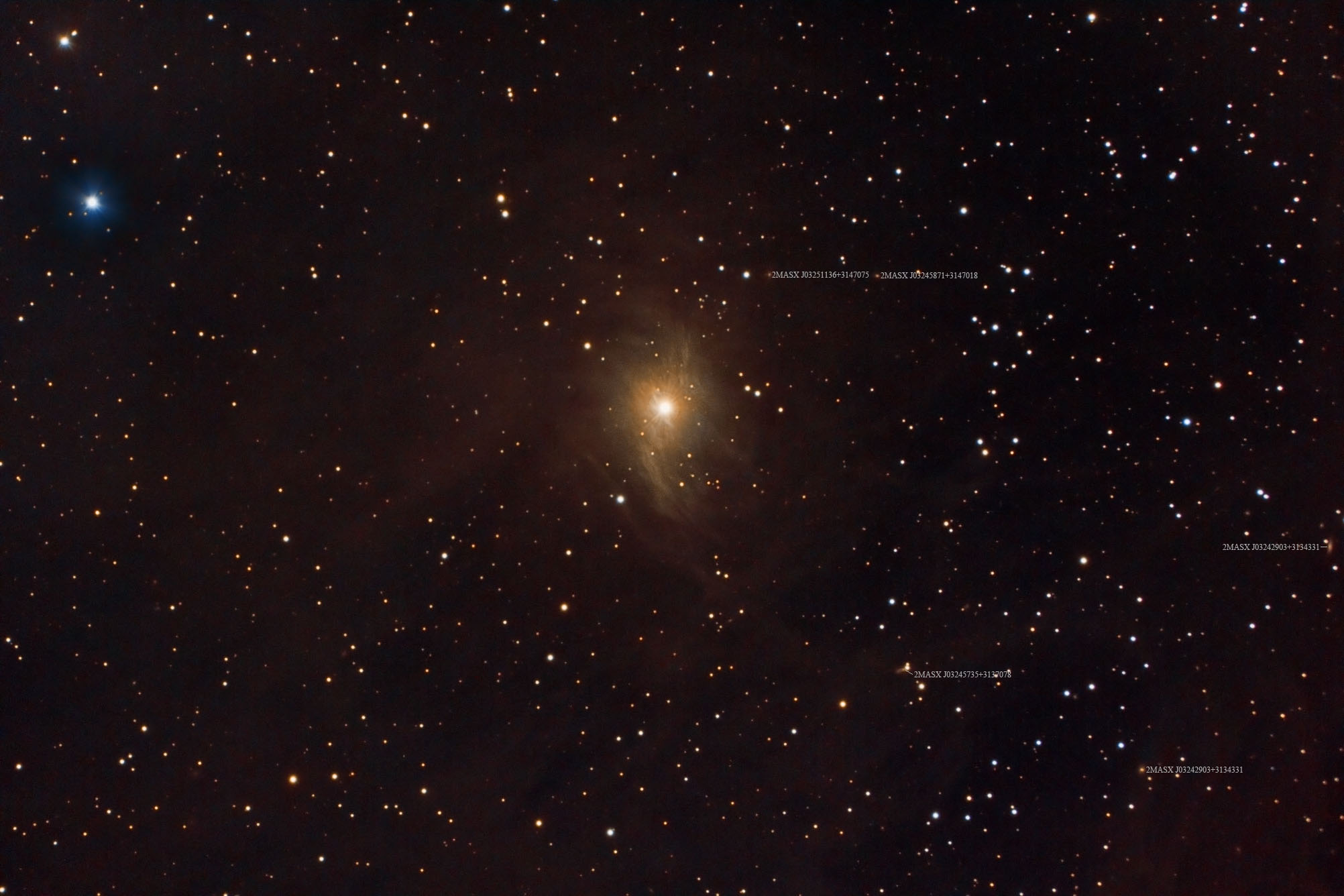 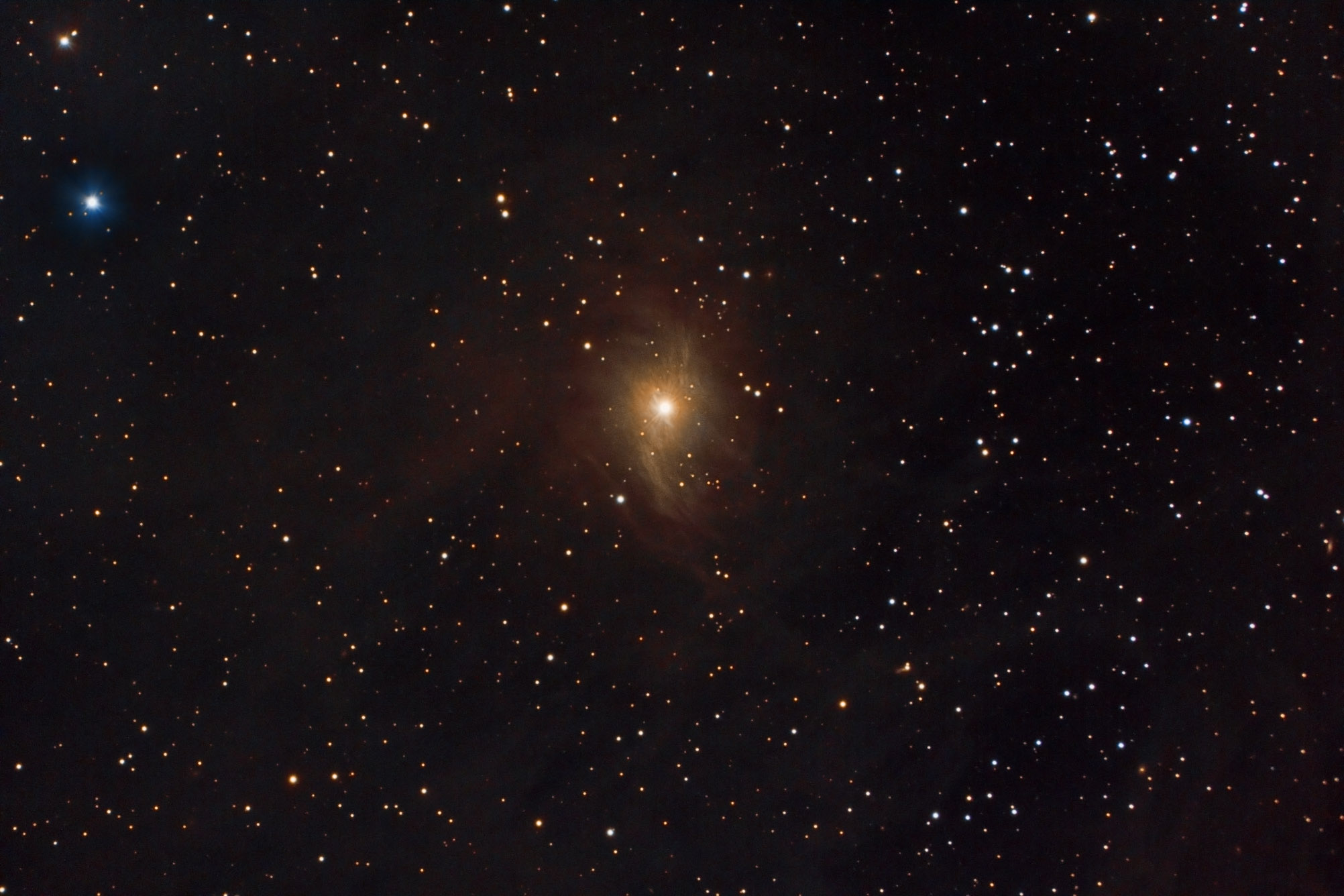