HD 21291 is a B9Ia supergiant star that illuminates a nearby reflection nebula to the southwest. The combination is vdB 14. For the position, van den Berg used the illuminating star\'s position. Usually that star was in the nebula so that system worked but in this case, the star is so far from the nebula in angular distance I\'d miss nearly all the nebula if I put it in the field or even used the published coordinates for vdB14 to center the image. While vdB14 is the common name for the nebula vdB nebula have other catalog names that do center on the nebula itself. So I figured I\'d look that up and use that as my coordinates. Turned out it did have one other listing, GN 03.25.0, but that is just a catalog of catalogs so uses similar coordinates from the vdB catalog. SIMBAD shows no other designation for the object, certainly none even close to its actual position. I ended up manually centering it, something I rarely do any more.

The glare from HD 21291 is seen in the upper right corner. It is also known as CS Camelopardalis a pulsating variable star. Hipparcos puts it about 4,300 light years away. The reflection nebula is obviously at about this distance as well to be so strongly lit by the star. Because of the reflections, the star caused when nearer the field I had to off center the nebula to keep the glare and reflections to a minimum. No way could I escape the huge arc the star creates thanks to reflecting between the optical window of the CCD and the SCT\'s flat corrector plate.

There are 5 galaxies from the 2MASS in the image. All very faint and starlike without redshift or even magnitude data so I\'ve not tried to point them out. It\'s a somewht pretty field but pretty barren otherwise. I can\'t even find any study of vdB14 that\'s been published. As there\'s no fine detail to this object I\'m posting it at 1.5\" per pixel. 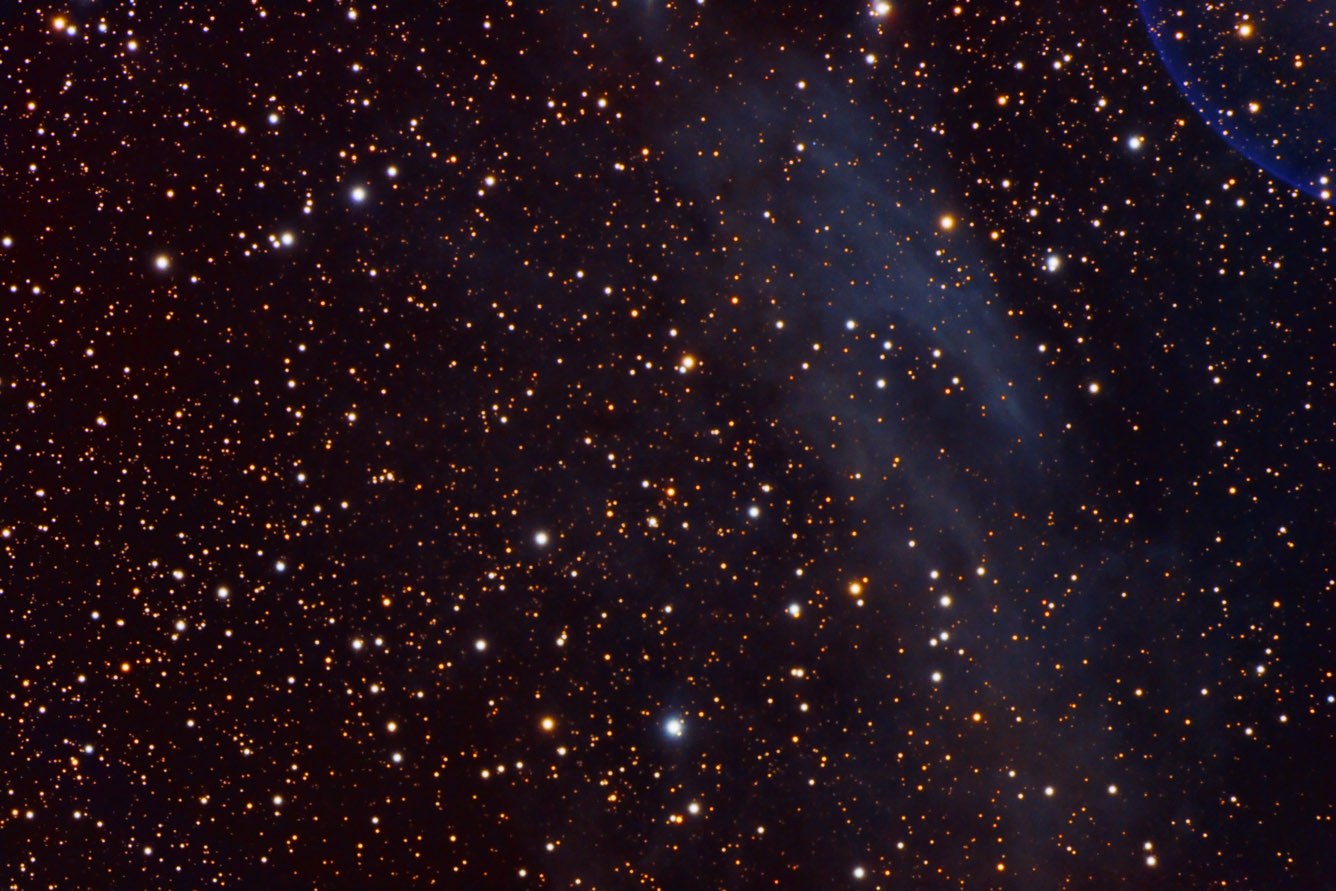