vdB 24 is an interesting reflection nebula in Perseus probably illuminated by the star XY Persei, a 9th magnitude variable star that can dim down to magnitude 11. It is also a double star, an A2II and a B6e separated by about 1.3\" of arc. Parallax puts the star at about 390 light-years. I would assume that is also the distance to vdB 24. Though I\'ve found references to it being much further, 1,140 light-years.

The Holoea, from sometime back is a YSO (Young Stellar Object) which is a protostar just turning on. The Holoea was accompanied by a stream of gas it was somehow creating. The papers I looked at on it considered YSOs very rare. Yet there are 4 of them in this image! Two are easy to spot, the other two are IR objects though there\'s a hint of something around the eastern one of these two if you blow up my annotated image. I have labeled all 4 with a line drawn to the position for the YSO. The northernmost looks like a fairly bright star. It\'s far brighter in far IR frequencies. Below it is a rather white star that marks the position of the other visible YSO. Neither show any sign of a gas stream. There\'s no obvious object at the positions of the other two though they shine rather brightly in far IR light. The easternmost one shows a smudge on the POSS 2 IR film image that is much brighter than the smudge on my visible light image (I block IR from reaching the camera). I thought it just noise in my image but it is exactly the same spot as the smudge in the POSS 2 IR image. I see nothing in the POSS 2 IR image at the position of the 4th YSO however.

The image was taken over 3 very poor nights. Even though this is made up of 110 minutes of luminance compared to my normal 40 it doesn\'t begin to go as deep as I normally go in 40 minutes. I marked it for a redo but that hasn\'t happened so I processed this.

In praise of the Paramount ME, I\'ll just mention that ALL 23 frames were stacked without alignment even though taken over 3 days. The ability to return several nights later to exactly the same point without effort still amazes me, even after 6 years. Though in this case if I\'d known I\'d be taking so many frames I\'d have dithered and thus had to align. 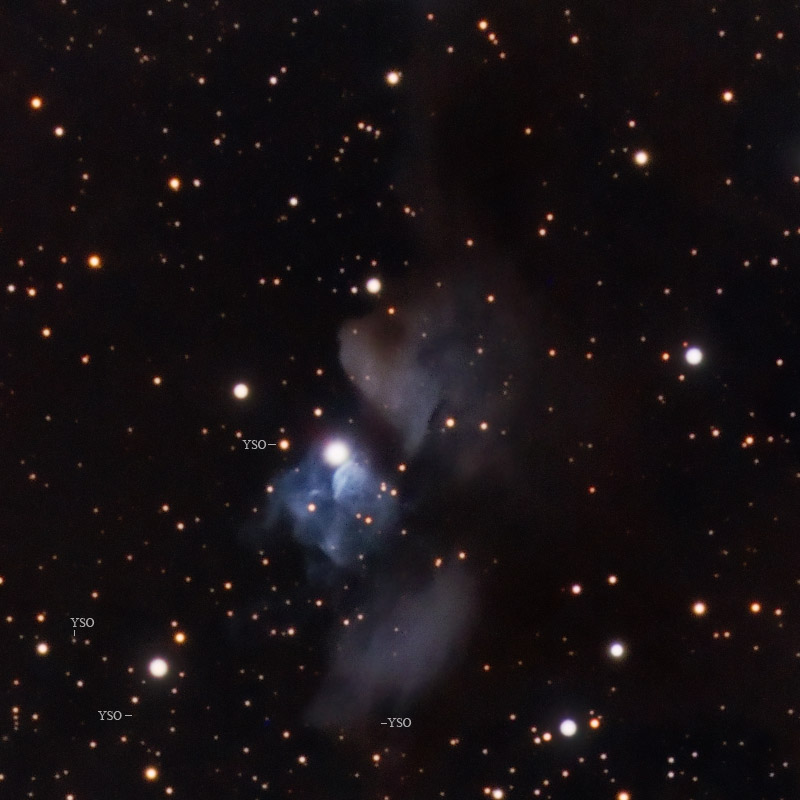 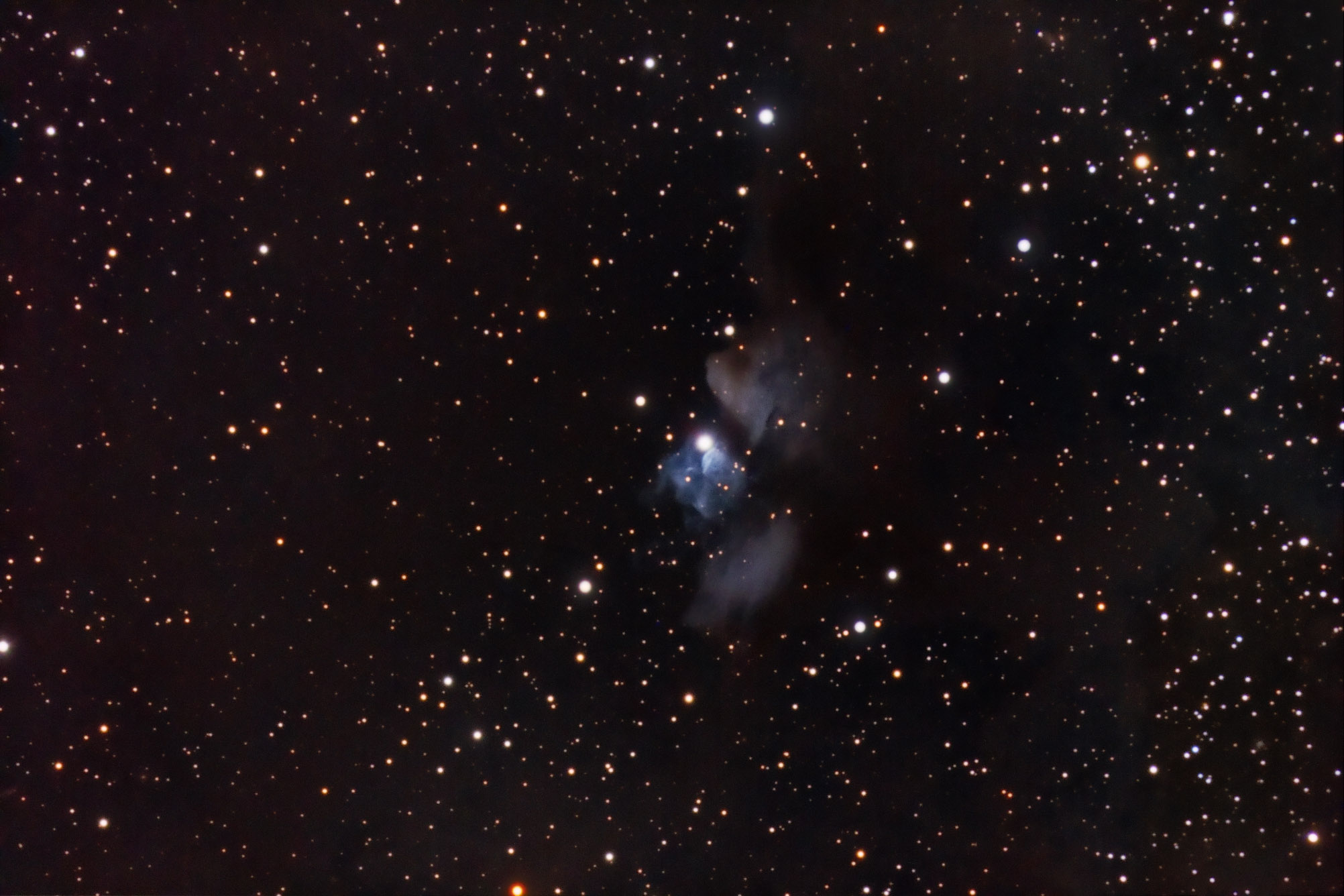