The variable star RY Tauri is the apparent light source of the reflection nebula vdB 27, also known as GN 04.18.8. Many wide-field images of the region are on the net but few go in for a close up like I did so miss the fine wave-like structure in the nebula. It\'s on the edge of the Taurus molecular cloud that\'s a rich source of objects like this. So much so most images are wide-field to capture several of them. Not having such a scope set up for such imaging I had to settle for just one at a time. Hipparcos puts the star and hence the nebula at about 435 light years from us. The spectral type of the star varies from F8Ve to K1Ve. This is due to its struggle to move from a protostar getting its energy from gravitational collapse to the main sequence where its energy comes from fusing hydrogen into helium. It\'s considered to be a T Tauri type star so at that stage of growing up to become an \"adult\" star.

The dark cloud above it is Barnard 214. The large faint nebula covering much of the frame centered a bit south of vdB 27 is LBN 785. Two asteroids also put in an appearance.

A close up of this nebula taken with the 8.2 meter Gemini North telescope is at http://apod.nasa.gov/apod/ap050923.html . It shows the star redder than when I imaged it. Not surprising for a star that goes from a somewhat blue F8 to a somewhat orange K1 star. They must have caught it closer to the K1 state than I did. In the Gemini image, the orange star to the lower left has nebulosity. None of that shows in my image. I went back to the FITs to hunt for it but nothing I did could bring it out. I suppose my resolution is too low so the glare from the star is hiding it. Still, that doesn\'t seem to be sufficient. I\'m wondering if it might not be a variable nebula of some sort. 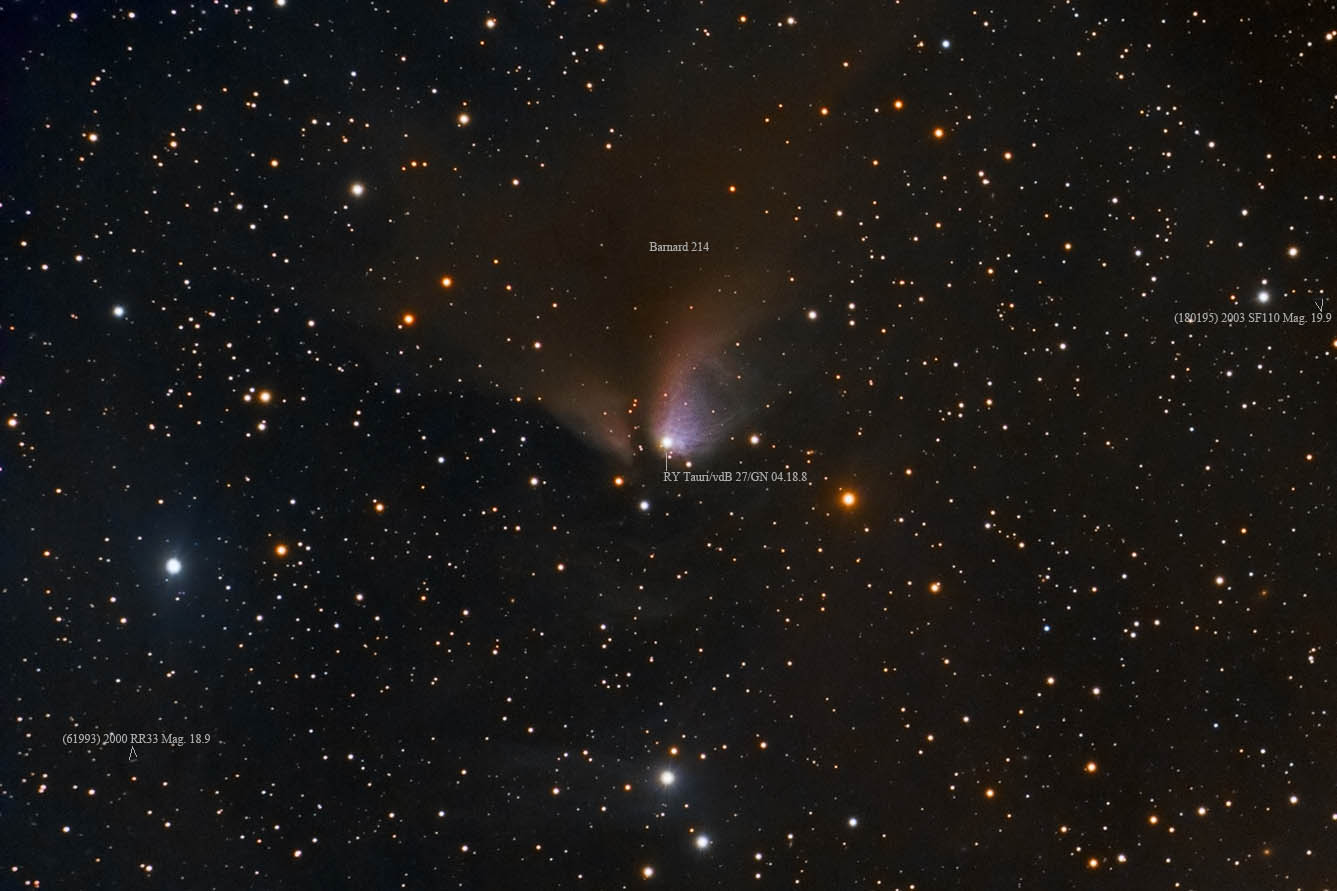 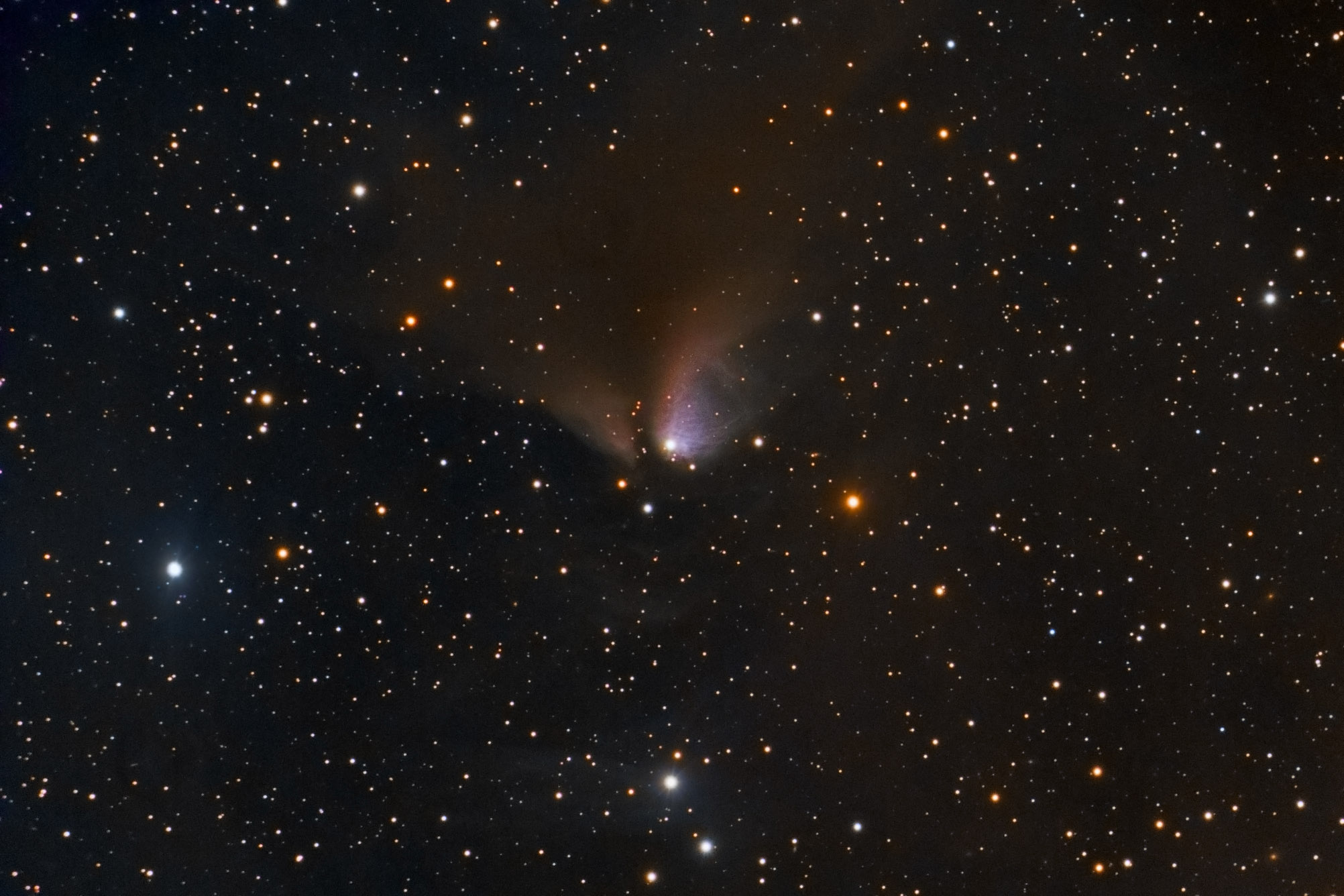