VdB 31 is a reflection nebula around the 7th magnitude A0 star HD 31293 in Auriga about 470 light-years from earth. Some dark molecular clouds are also seen in my image. Barnard 27 is the dark nebula immediately west (left) of vdB 31. Toward its western end is the short, highly slanted trail of asteroid (62962) 2000 VA43 at magnitude 19.8. Further west going off the frame is the dark nebula Barnard 26. It is quite a bit larger than Barnard 27 but its extent is mostly off my frame. Directly above (north) vdB 31 is the dark nebula Barnard 28. It too lies partly out of frame. Between Barnard 28 and Barnard 27 is a small, mostly round dark nebula. Some sources claim it is also part of Barnard 27 making Barnard 27 a double nebula. SIMBAD, however, indicates only the southern cloud as Barnard 27. It gives the designation TGU H1887 for the double nebula with the bright region separating the two the designation of TGU H1887 P1. TGU stands for the Tokyo Gakugei University catalog. The P1 designation is for a small clump in the main cloud. The catalog list 2841 such clumps, some dark nebula have more than one and some none. The first clump would be P1 the second if present P2 etc.

I found very few images of vdB 31 on the net. All of which were very wide angle and missed much of the beautiful detail to be found in this exquisite reflection nebula.

Even with the dust, a few IR strong galaxies from the 2 Micron Sky Survey are seen in the image. Most are starlike. Apparently, only their cores are making it through the dust to my sensor. The obvious exception is 2MASX J04553838+3037595 a short distance east of vdB 31. It appears to be an edge on spiral. NED had little on it, not even a magnitude. 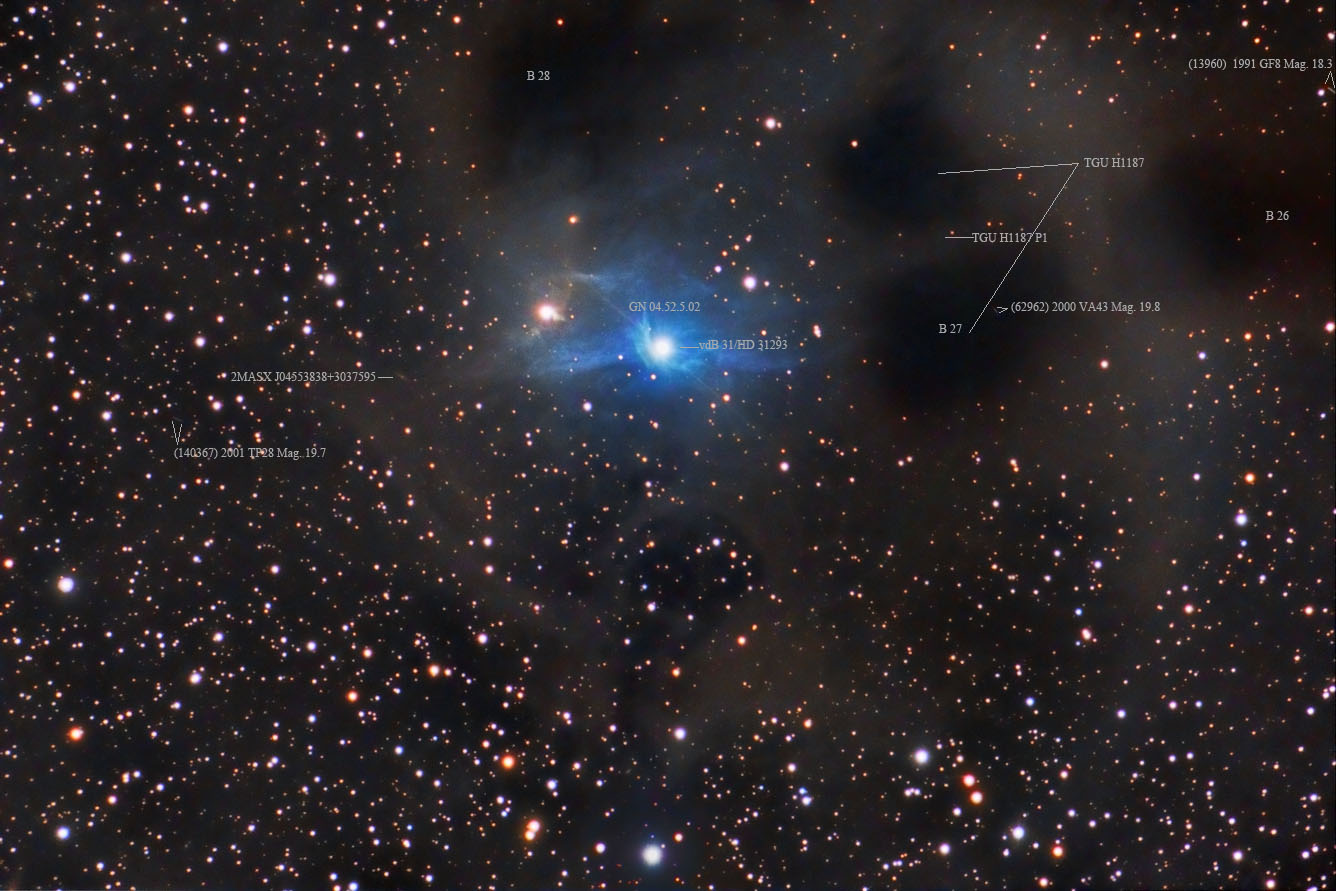 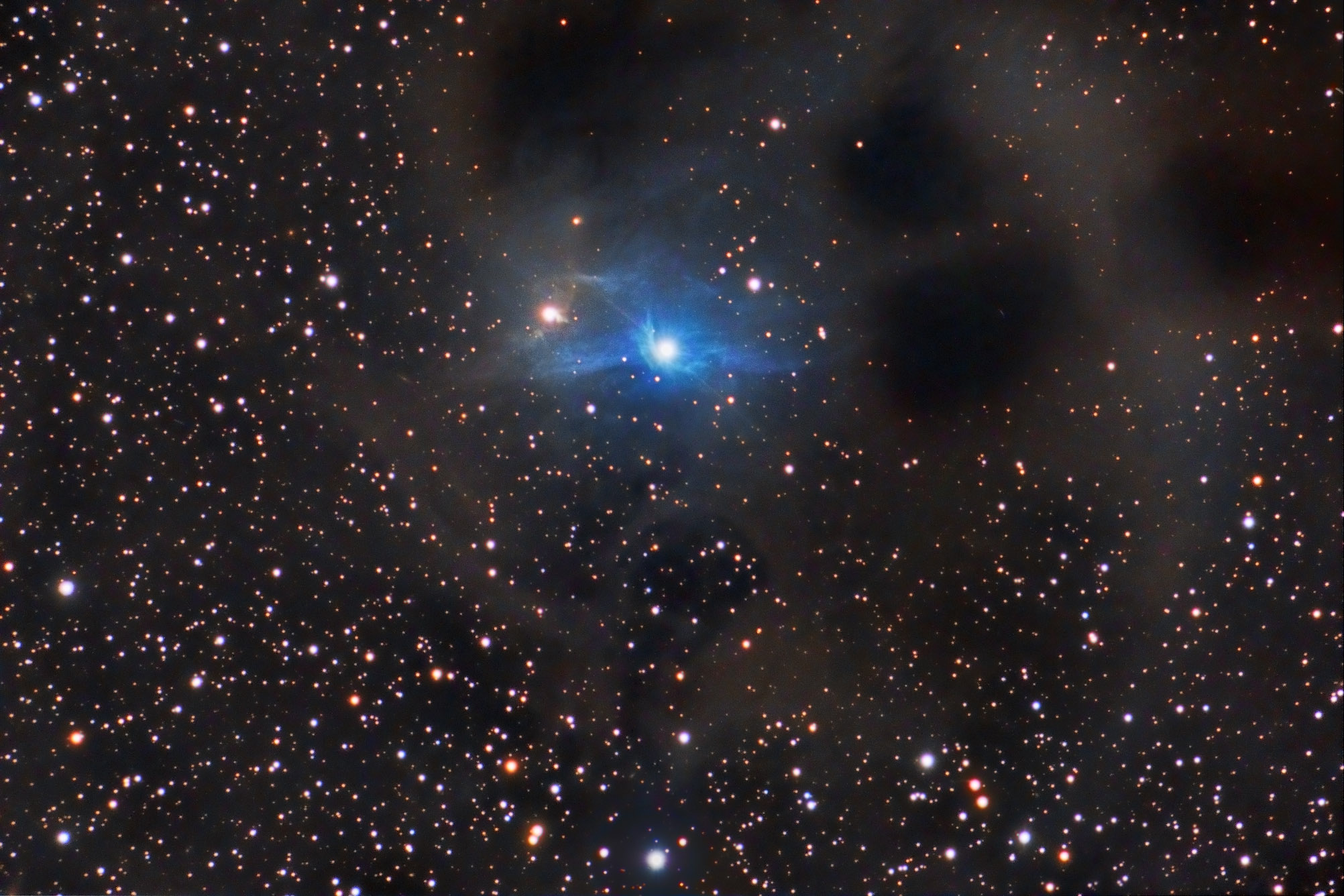