The reflection nebula vdB 135 is unusual being orange in color rather than blue like most reflection nebulae are. It is located in Cygnus a bit northwest of the Veil Nebula complex. It is lit by SAO 70265 an M1 IIIe red giant star. When the star is in front of the nebula so it reflects the light of the star then it will take on the color of the illuminating star. If the illuminating star is behind the nebula so it is lit by light passing through it that tends to favor shorter wavelengths giving the nebula a blue color or at least making the light a lot bluer than the illuminating star. SAO 70265 is listed at 8.44 magnitude and 725 light-years distant. While that has a lot of uncertainty it is the best distance estimate we have for the star and nebula.

Due to heavy smoke here from fires raging in Washington, Oregon and Montana I had reduced my to-do list to only bright objects. Unfortunately, vdB objects are cataloged by their illuminating stars which tend to be bright even if the nebula is faint. My system thus saw this one as \"bright\" and took it. Thanks to the loss of a couple magnitudes to the smoke much of the faint outer nebulosity was lost though I did pick up the main part. This one needs a complete reshoot next summer assuming no more smoke to deal with. During the collection of the color data, the smoke got so thick one green frame was unusable the one used was of poor quality so some pseudo green has been added to compensate. I hope that didn\'t alter the color significantly. Things got so bad the system shut down the first night it tried the smoke got so thick. None of that night\'s data was usable, unfortunately. It had far too weak of a signal and would have degraded the image had I used even the best of it. 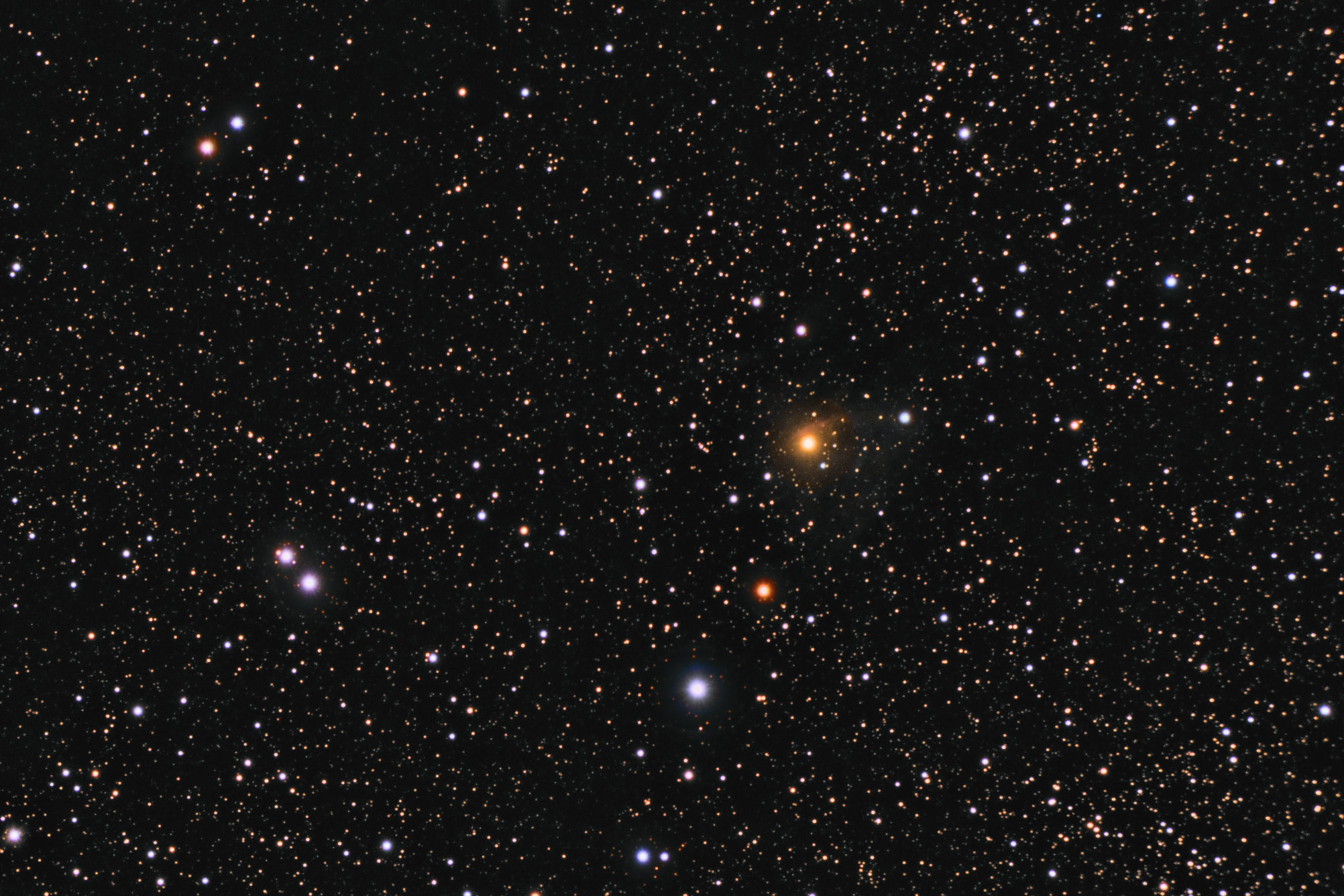 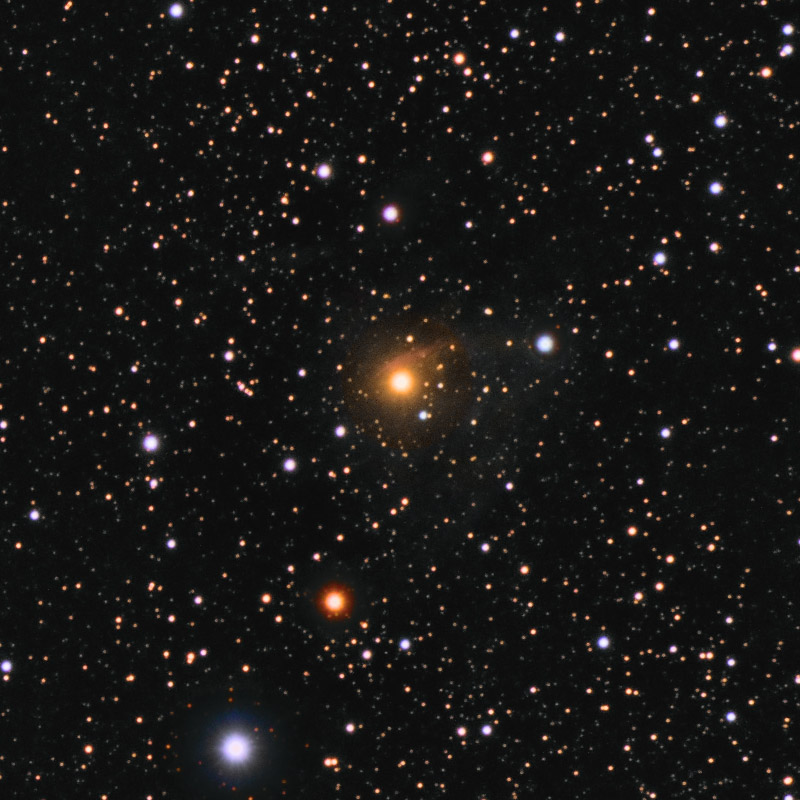