HD 196819 is a magnitude 7.5 K3III (orange giant) star in Cygnus SSW of Deneb located about 2500 light-years away according to Hipparcos data. It is rather rare for such a star to illuminate a reflection nebula. In this case, it creates a rather yellow orange nebula rather than the blue color usually associated with reflection nebula. The Nebula is known as vdB 136 as well as GN 20.36.5. The field has lots of H alpha emission of warm ionized hydrogen gas. That has to be illuminated by a super hot blue star in the area though. The bluest star above BD+41 3833 is a B8 star at a bit less than 2600 light-years by Hipparcos. It may be providing the needed UV radiation. Only a guess as I couldn\'t find anything definitive.

The field is full of bright and dark nebulae. I gave up trying to identify them when I found many dark nebulae centered on bright HII emission and bright nebula centered on dark obscured regions.

The night, like many in August, was very hazy. This tends to weaken faint blue light to the point I can\'t recover it. Most images of this area show a faint blue haze over the field. Apparently, my haze absorbed that blue haze. I gave up trying to bring it out as it was just too noisy. I tried many nights to capture this one over 5 years but the sky gods had it in for this one over and over again. After three nights of mostly failure last August I finally got this weak data. I had good nights but as soon as I\'d move to this object the sky gods would send in fog, clouds, smoke or something to kill the attempt. I have two or three others that have met with similar sky god interference that I\'ve never gotten anything worth processing on so at least this one has something. Not what I wanted but it will have to do.

The haze put halos around the stars I had problems dealing with. Since blue light scatters best even white stars like the G0 HD 197037 in the upper left corner had severe blue halos not matching their true color. I could deal with most but that one was just too severe at magnitude 6.8. The blue dart coming in from the bottom left of center is caused by 9th magnitude SAO 49897 just off the edge of the chip. I sometimes clone these out but since blue was so rare in this image left it in. The star is slightly red so why it created a blue spike I don\'t know. 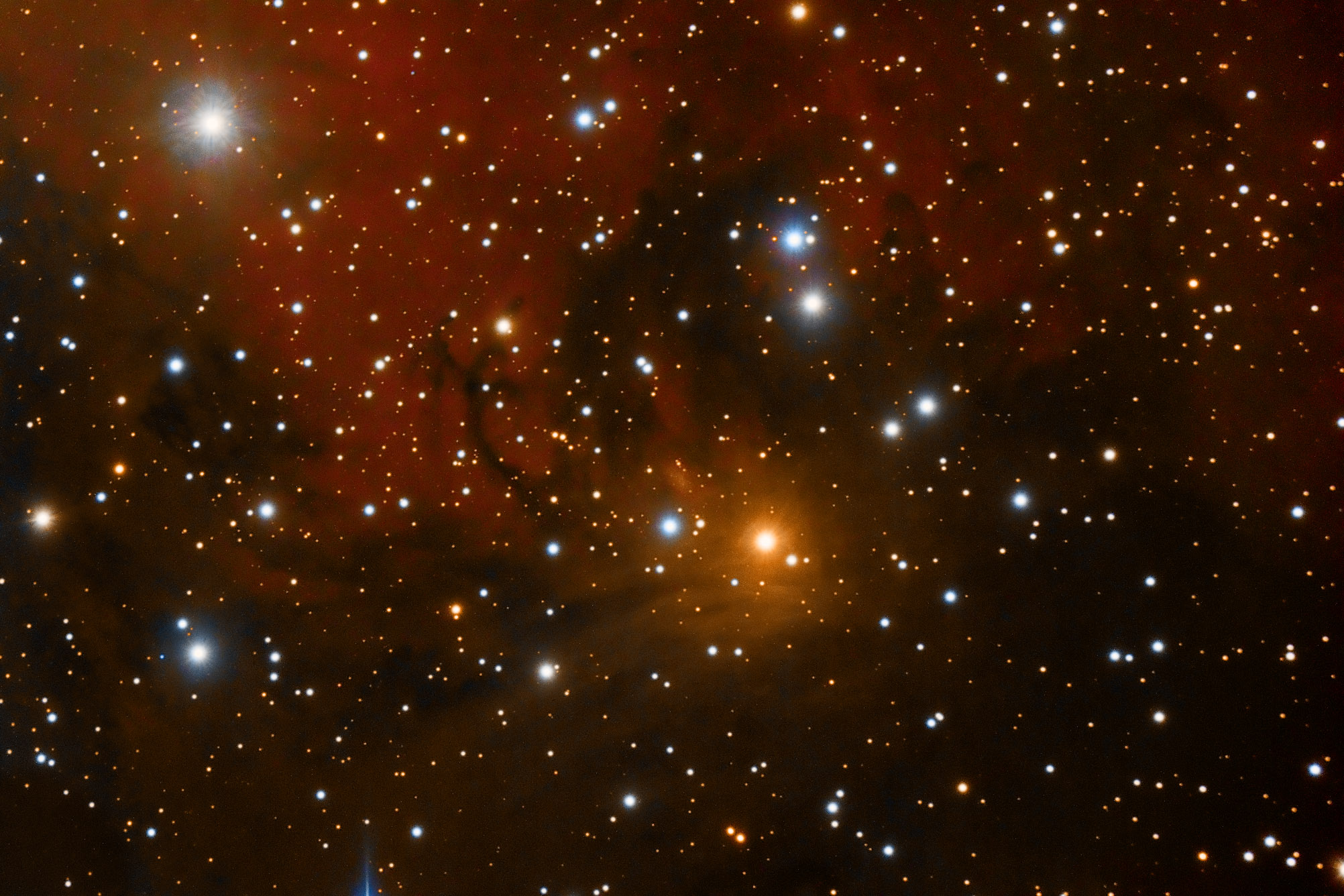