VdB 140 is a rather featureless reflection nebula illuminated by the star SAO 33288 with a parallax that puts it some 2500 light-years away. It is located in southern Cepheus. It is classed as a B2IIIe star, a giant blue star with emission lines. It is slightly variable between magnitude 6.45 and 6.51. It is also a double star with a separation of about 4\" of arc. The companion is magnitude 12.0 so lost in the glare. There\'s a third member about 69\" of arc away at magnitude 12.6. It\'s the blue star nearly directly west of SA0 33288. Whether it is a true companion or just line of sight I don\'t know.

I\'ve been imaging a few of the small vdB objects at much higher resolution than they are normally seen. The result has usually been a lot more detail than is seen in the low-resolution images. Not this time. It just doesn\'t have any fine detail it would seem. This was taken on a somewhat better night than others that preceded it. Still, it was far from a \"good\" night so color is a bit noisier than I\'d like. Due to the lack of detail, I doubt I\'ll be revisiting it. 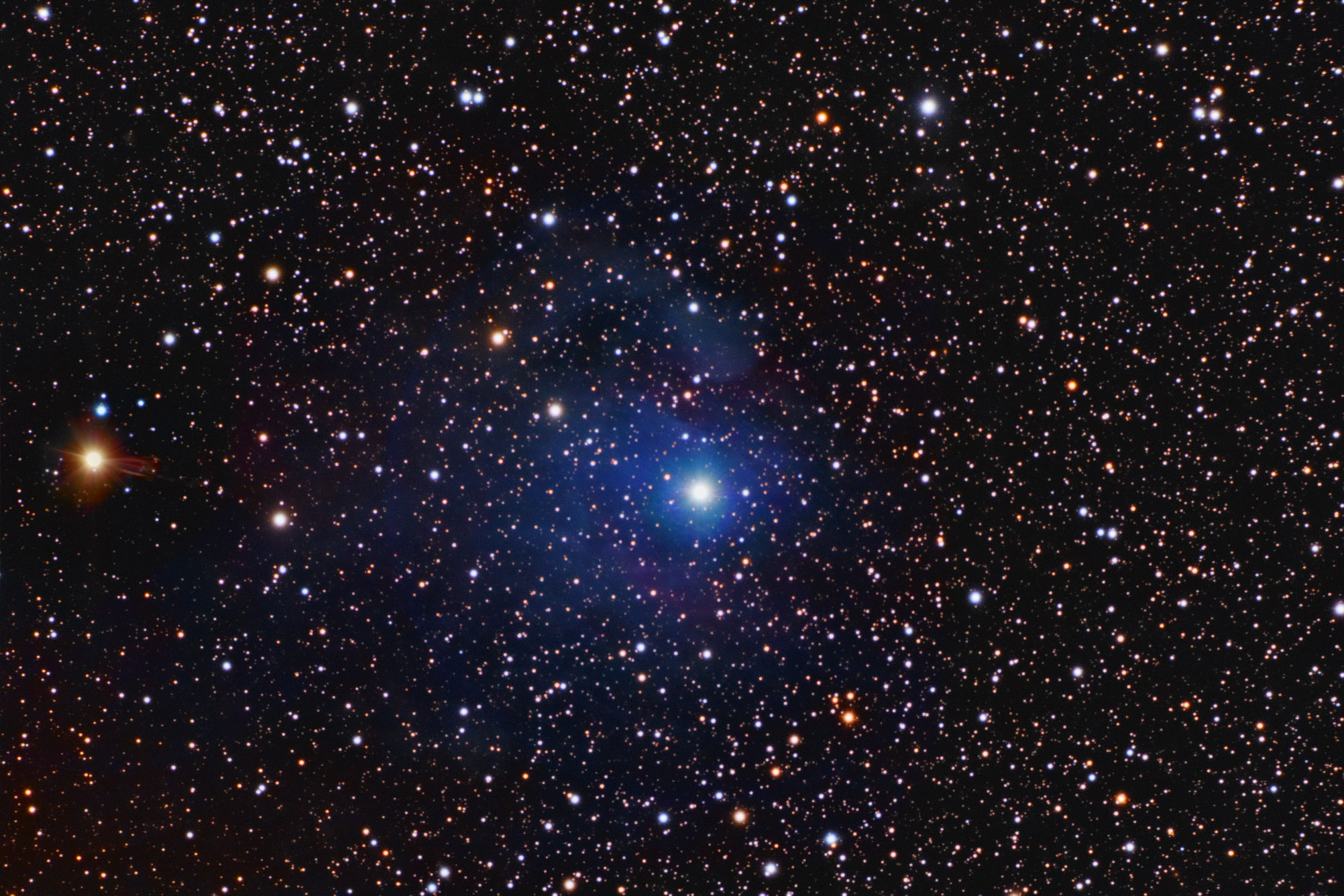