vdB 145/GN 21.41.8.03 is a small reflection nebula around the star 8th magnitude F2II-III or A7 star HD 206887 in northeastern Cygnus. I was surprised to find such a difference in spectral class for the star. Color in my image is rather red for an F2 star so I tend to break with SIMBAD and go with the A7 classification I found in http://iopscience.iop.org/1538-3881/121/4/2148/fulltext/200462.text.html as it better fits what I\'m seeing in my image. There\'s even less information on the nebula itself. I found no distance estimates at all for the star or nebula. In fact, I found very little at all on it. It seems the Rodney Dangerfield of reflection nebula with nearly everyone ignoring it. It is rather overshadowed by far more spectacular nebula in the area. The glare from such a bright star on such a small nebula doesn\'t help the situation.

Again weather took its share of photons. I again had to throw out more data than I used though did manage to get 10 somewhat of usable frames. I think, while the color data is thin due to a lot of clouds, the color isn\'t skewed as much as in some other images taken about this same time. The luminance data is hurt by the clouds so the image doesn\'t begin to go as deep as I\'d wanted. But it did hold down the glare from the illuminating star so that helped.

This is my first October 2013 image so I am making progress with my backlog thanks to all this rotten weather in 2012 and continuing in 2013. The rest of 2012 was poor so I should make a lot of progress this summer. 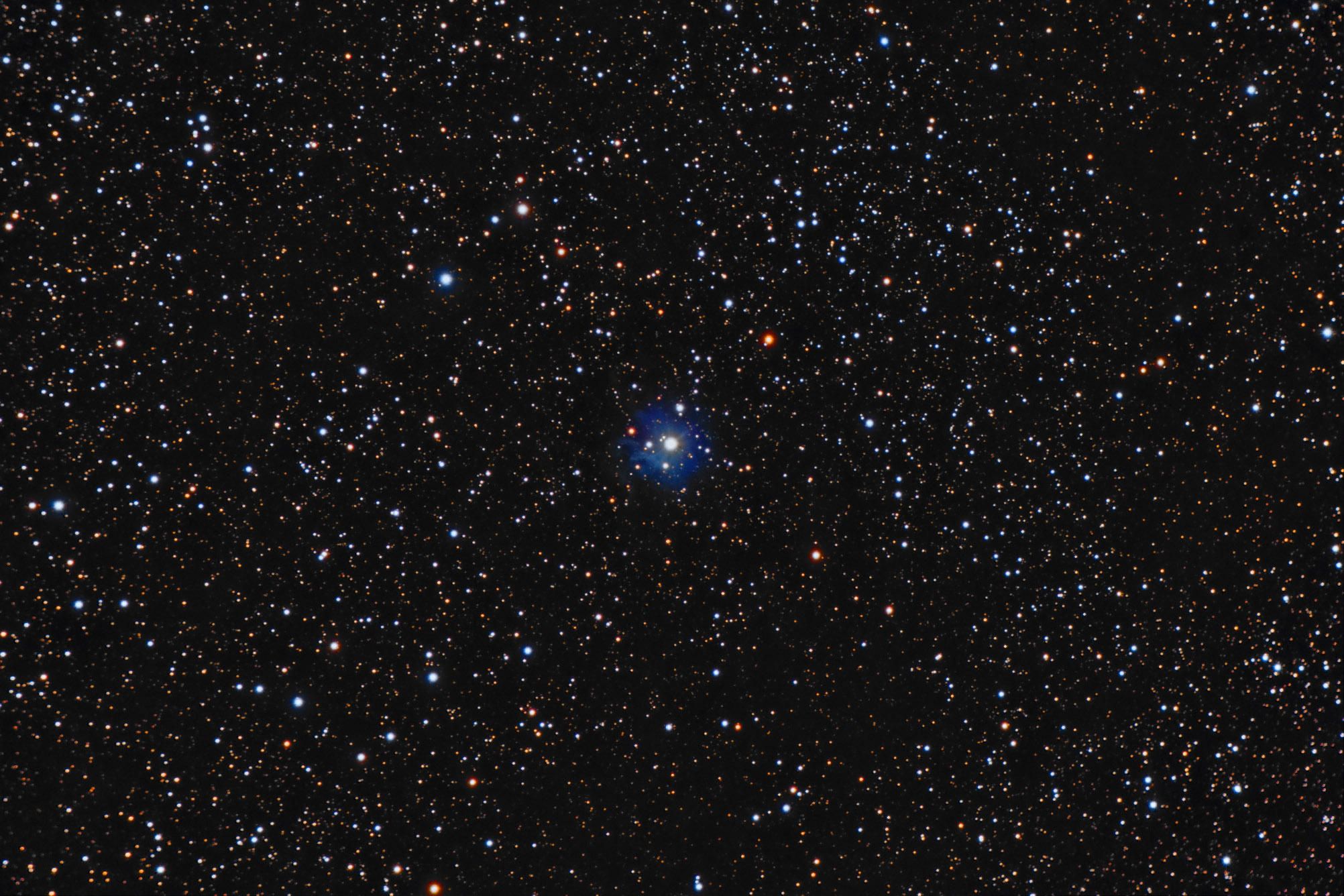