Arp 2 is an SB dwarf galaxy of the Magalenic class. Arp classed it as Spiral galaxy: low surface brightness. It is indeed. I used twice my normal exposure time on this object and it was still exceedingly difficult to pull out of the noise. This is one challenging object needing very dark skies.

\"This magellanic barred spiral has rather poor H{alpha} emission, but exhibits a very bright giant HII region to the SE. Some emission can be seen in the north part of the bar and in the spiral arms starting at both ends. The scarcity of the emission makes the drawing of isovelocity lines difficult. It is also hard to derive a reliable rotation curve, although both sides are in fairly good agreement and suggest that a maximum around 70 km s^-1^ is reached at about 50 arcsec from the center. The WHISP HI data show that the neutral gas is mainly concentrated in the two spiral arms. Our H{alpha} velocities are consistent with the HI velocity field, as confirmed by the good agreement between our rotation curve and the HI curve derived by Swaters (1999).\"

Some of that weak H alpha emission at the north part of the bar may be why the upper end of the galaxy has a slightly reddish hue. The HII region to the SE is very obvious in my image as the blue blob. Stretching the image has greatly increased its size same as a star gets increased. In the original data stars in the image have an FWHM of 2.8\" (better than average for my location) but this \"star\" was 4.6\" FWHM showing it wasn\'t a star at all. Arp made the following comment about the galaxy and this object: \"Low surface brightness dwarf. Large bright knot in arm appears almost stellar.\" Some of the other blue \"stars\" may also be HII regions in the galaxy. Their distribution would seem to suggest this is the case.

Annotated image shows galaxies, two quasars and a quasar candidate\'s distance in billions of light years. One galaxy cluster, MaxBCG J243.92214+47.16785 at about 2.5 billion light years it has the core galaxy marked as GC. NED says it has 14 members. No diameter is given but I assume most if not all the reddened galaxies in this part of the image belong to the cluster. Only the 2 marked galaxies have a redshift given, however. Oddly they result in a distance of 2.4 billion light years. This may be the more accurate figure. So that is what I used.

To give an indication of how deep this image goes I\'ve marked the magnitude of one star on the SDSS survey they list at 22.1 magnitude. Oddly the galaxy beside it isn\'t listed! I see this quite often but don\'t know the reason.

There was a horrid flare from a star just out of frame at the southwest corner. While I reduced it, it likely covered up several distant galaxies. This is why that corner is rather bare of features. 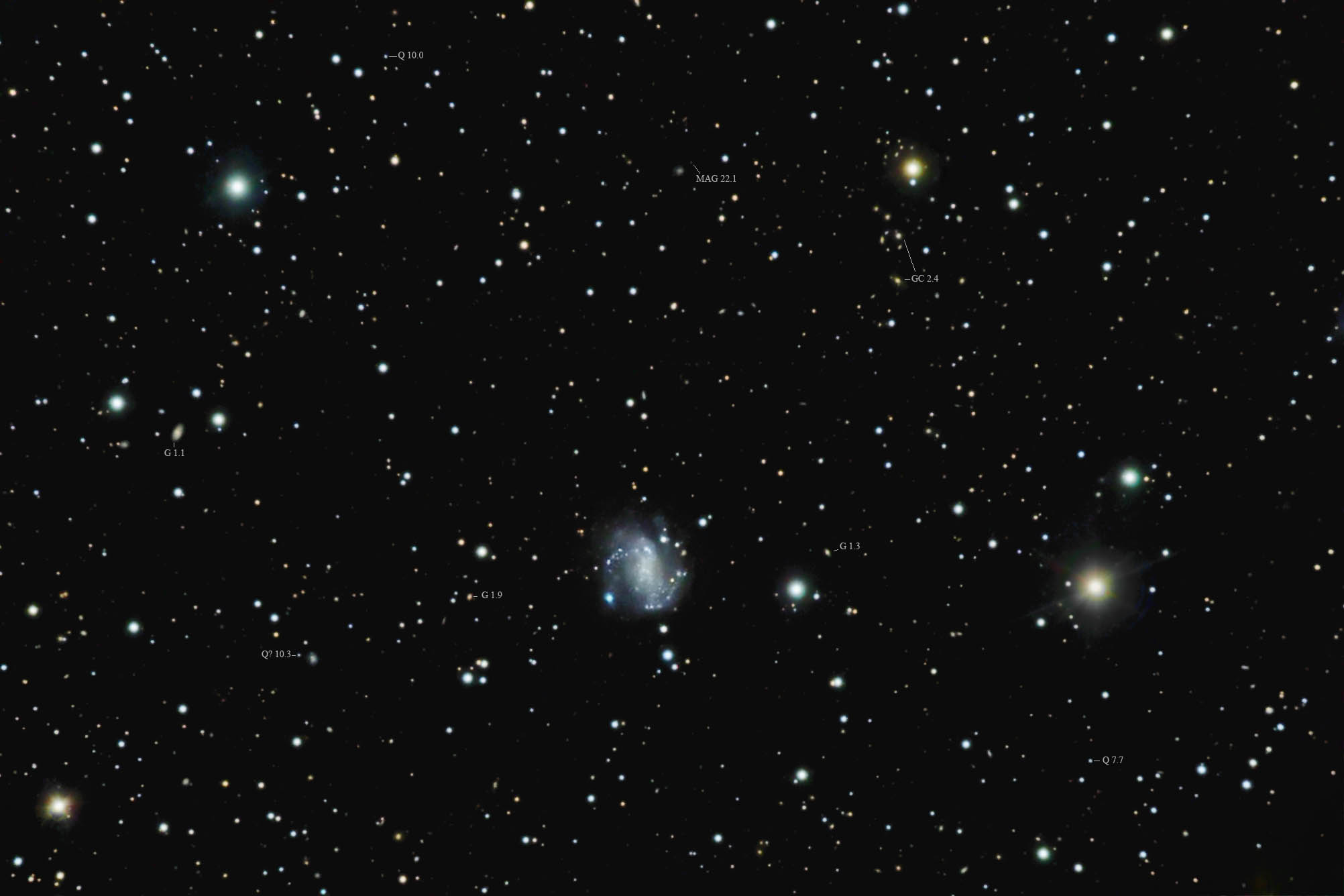 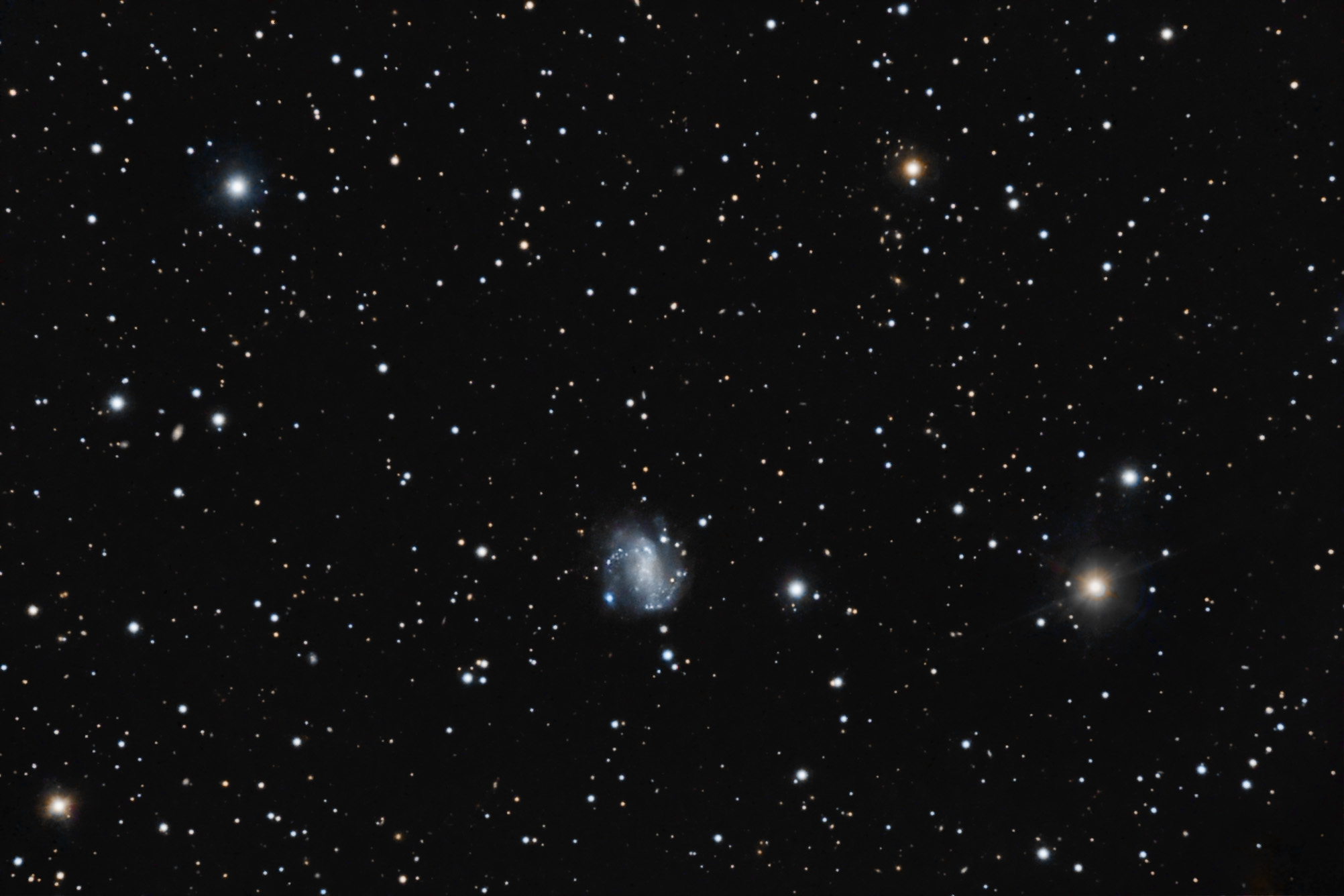