Not surprisingly, Arp 4/MCG -02-05-050 falls under his classification for low surface brightness spiral galaxies. These tend to be very blue. That is the case here. It is quite nearby at only about 60 to 65 million light-years away in the constellation of Cetus. Its classification is IAB(rs)m indicating it is an irregular galaxy with characteristics of both a barred and normal spiral and falls into the Magellanic class as does our Magellanic clouds.

It has two companions. To the east is the very obvious spiral MCG -02-05-050a. It may carry the same catalog number but it certainly isn\'t related. Redshift data puts it at about 630 million light-years or ten times further away. While an obvious spiral I find no classification at NED. The other companion is star-like and lies on the other side. To find it go to the obvious star directly west (right) then up steeply to the star-like companion. Seeing was too poor this low in the sky (-12 degrees) to see much of its \"fuzz\". It is APMUKS(BJ) B014555.12-123703.0. There\'s no redshift data for it but it isn\'t very likely related to Arp 4 though some papers call it a companion. There are only two other galaxies in the image with redshift data. One is to the northeast of the bright spiral MCG -02-05-050a. It is an IR galaxy, 2MASX J01483906-1222128, and appears to be a disk galaxy. Its redshift shows a distance of about 675 million light-years. To its east and slightly south is another low surface brightness galaxy, APMUKS(BJ) B014618.61-123728.4. I find nothing on it however. The only other galaxy with a known redshift is the bright oval galaxy near the west edge of the image a bit below Arp 4. It seems oddly red at one end and blue at the other. Probably an artifact of imaging low and a change in conditions during the color data collection. In any case it is listed at about 370 thousand light-years. As you likely guessed NED has no classification for it. It too is a galaxy seen by IRAS. It is LEDA 174158/IRAS F01451-1239. 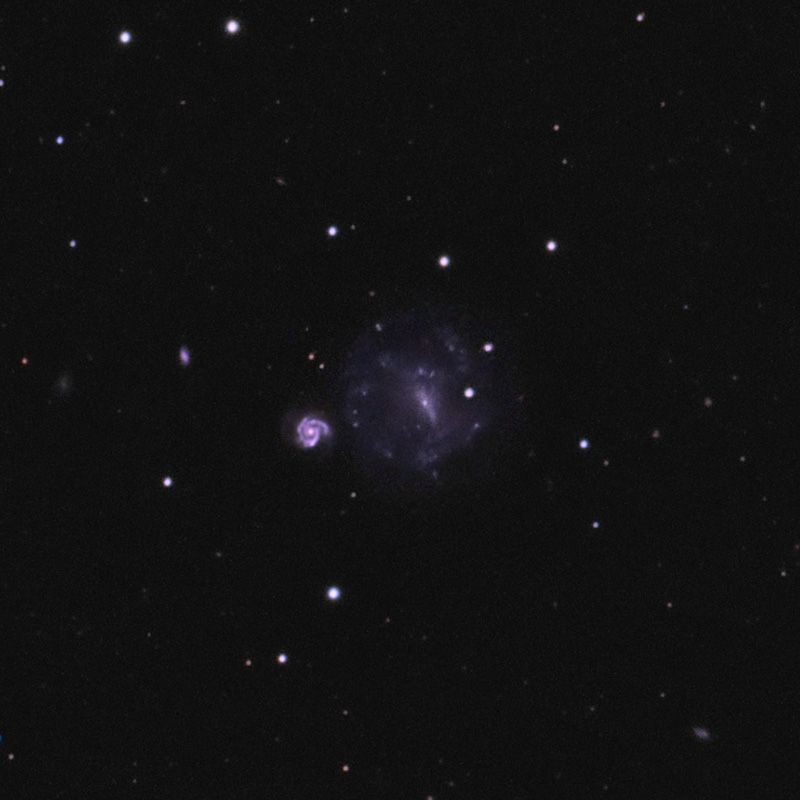 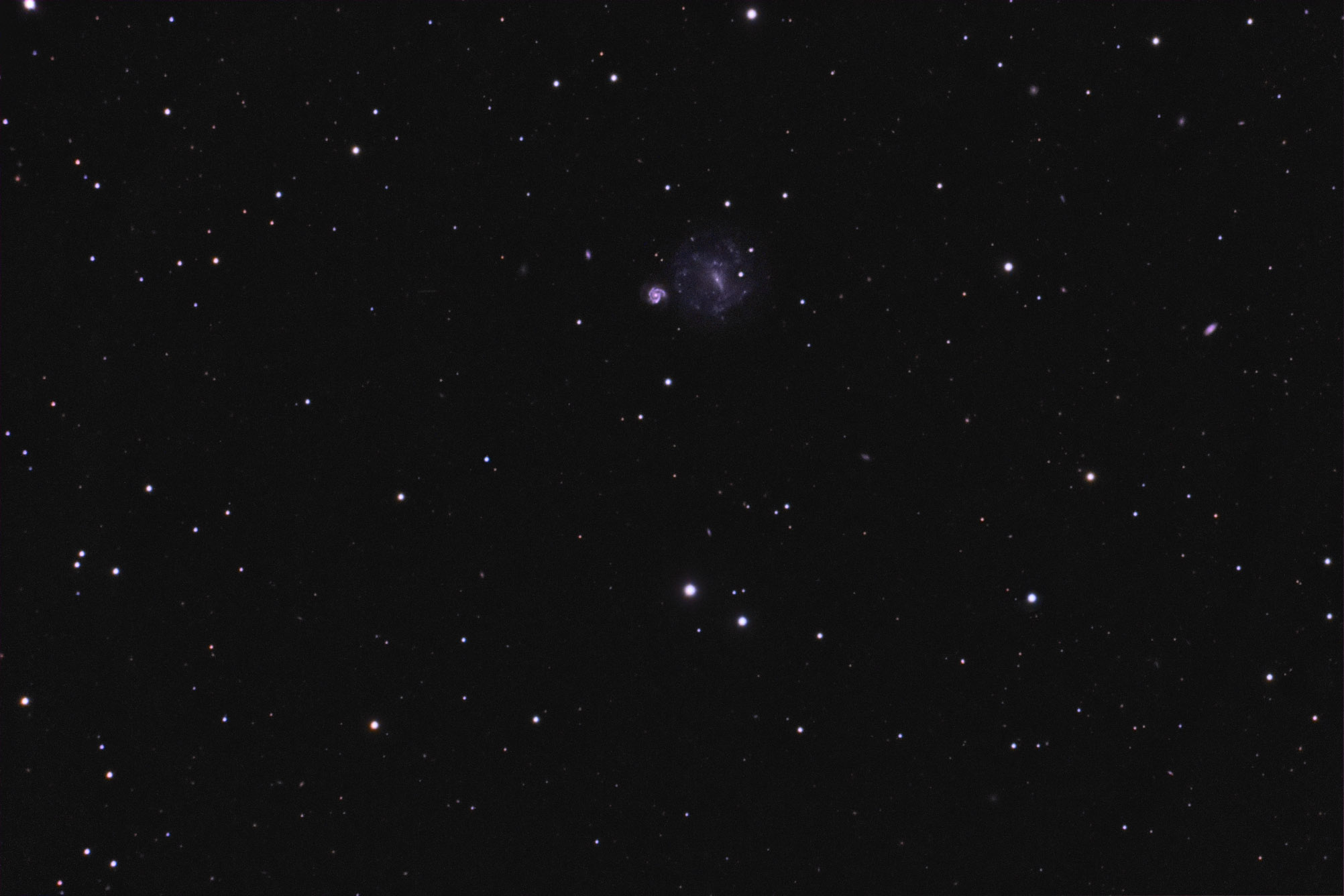