Arp 5/NGC 3664 is in southwestern Leo, 80 light-years distant. Arp put it in his category for low surface brightness spirals. Arp had no comment on this one. He also apparently missed NGC 3664A about 6.5 minutes to the south. It too is very weird. Redshifts of the two are nearly identical. All the literature I\'ve seen say they are interacting and the cause of the severe distortion both show. Assuming they are both at the same distance their separation is only about 140 thousand light years. These aren\'t very big galaxies.

There are three other asteroids in the image including the \"brilliant\" 15.8 magnitude Deflotte. It was discovered in 1933 but has no naming citation so I don\'t know the source of the name. All are marked on the annotated image.

Sorry about the stars. Tube currents due to no time to let the scope settle before clouds were due to roll in. So I started imaging as soon as I could open the roof, which was delayed by rain. I hoped I\'d get back and redo the L frames but never happened so processed these. There are ways of fixing this but they are time-consuming so just went with the triangular stars due to tube currents. The brilliant star at the very left edge of my frame is SAO 118847 a magnitude 7, A2 star. So while it is super bright in my image it is fainter than can be seen by most with the naked eye even under very dark skies. 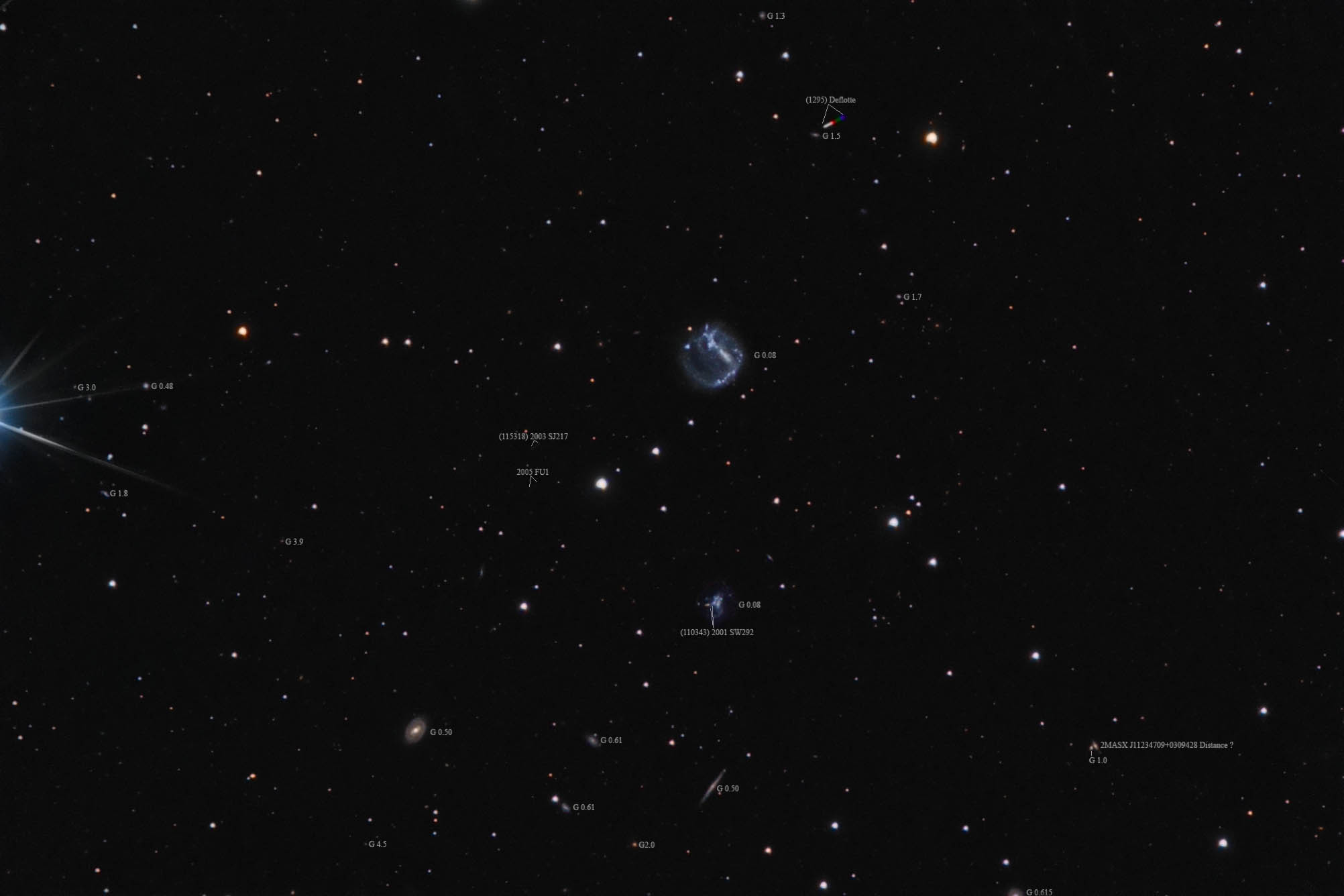 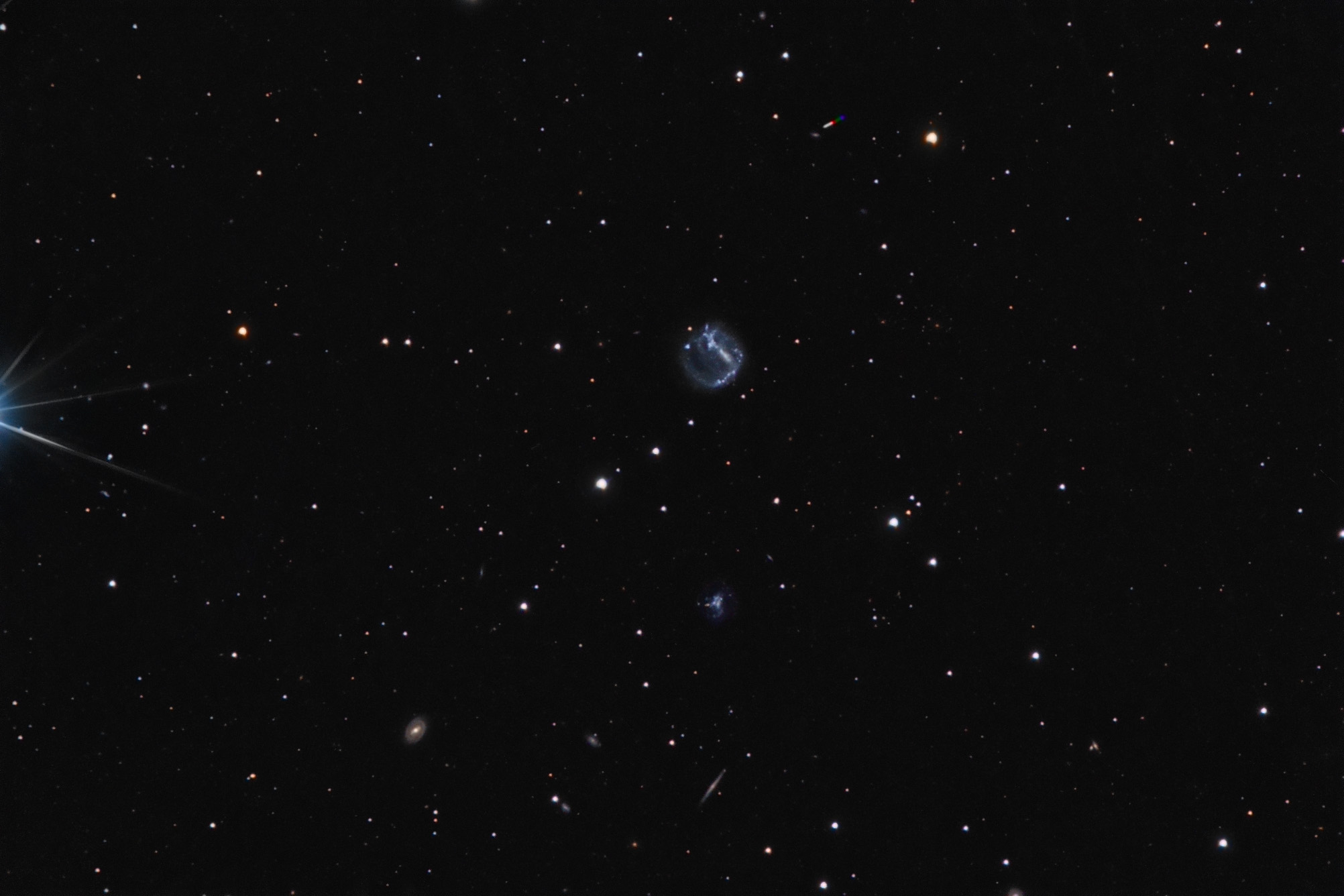 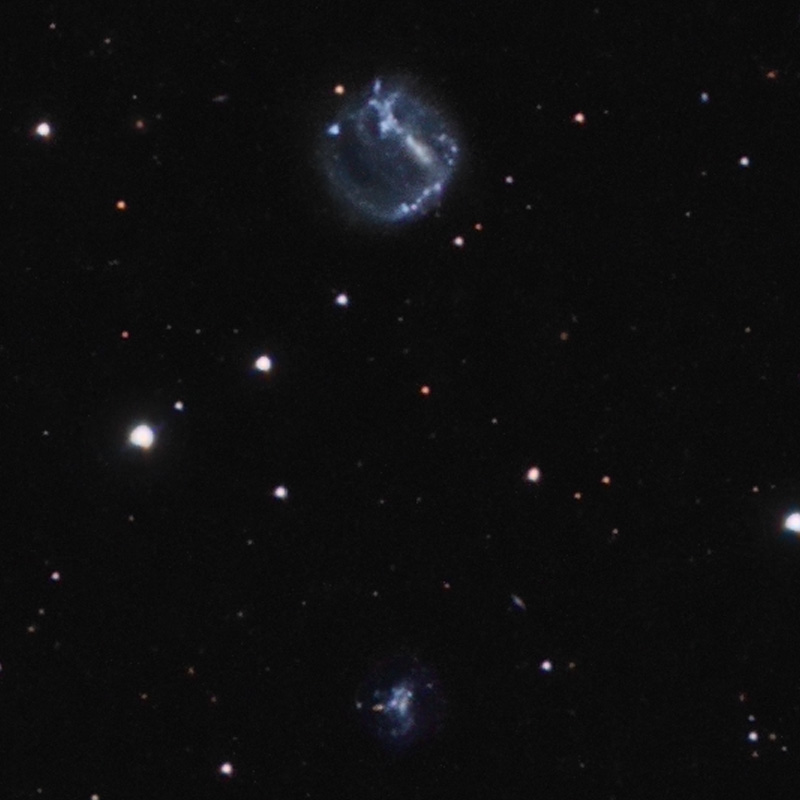