Arp 7, MCG -03-23-009, falls under Arp\'s category: Spiral Galaxy: Split arm. It is classed at NED as SB(rs)bc: and has a red shift distance of 265 million light-years. A Tully-Fisher measurement says 19 million light-years. Now that\'s a discrepancy! One of these must have been made by that famous Chinese astronomer Sum Ting Wong. The red shift measurement seems far more reasonable to me. It is in both the 2MASX and IRAS catalogs of IR sources so is a strong IR emitting galaxy.

There\'s a small distorted galaxy just 1.3 minutes south and a bit east of it. There is no distance measurements of it. It is in the 2MASX catalog so is a IR strong galaxy. It\'s also NPM1G -16.0258. 5 minutes north west is the spiral 2MASX J08500148-1632260, yet another IR rich galaxy. It has virtually the same red shift as Arp 7. It is likely in the same group with Arp 7. The similar red shift would support the redshift distance as being reasonable compared to the Tully-Fisher determined distance.

Most consider the blue object on the end of one arm a companion galaxy and call it an M51 type pair. If so NED doesn\'t list the blue object. It appears starlike in my fuzzy image. Arp\'s image does show it slightly out of round compared to similar brightness stars so this could be the case.

There\'s little information on the rest of the field. Only 8 other galaxies in the field are listed in NED, none with magnitude or distance data. All members of the 2MASX catalog.

This Arp is below my -15 degree south limit. I tried anyway. The result is the L images are severely distorted by atmospheric refraction which, like a prism spread the colors along a line. While I could sort of compensate when stacking the color data it didn\'t help the resolution of the image or the star shapes. I tried some motion blur tools but in my hands they just made things worse. Some nights I can get away with going this low, not this night. The diffraction spread pretty well wiped out the fine detail needed to see the split arm Arp refers to. It is easily seen in his image however. Arp had no comment on this object. 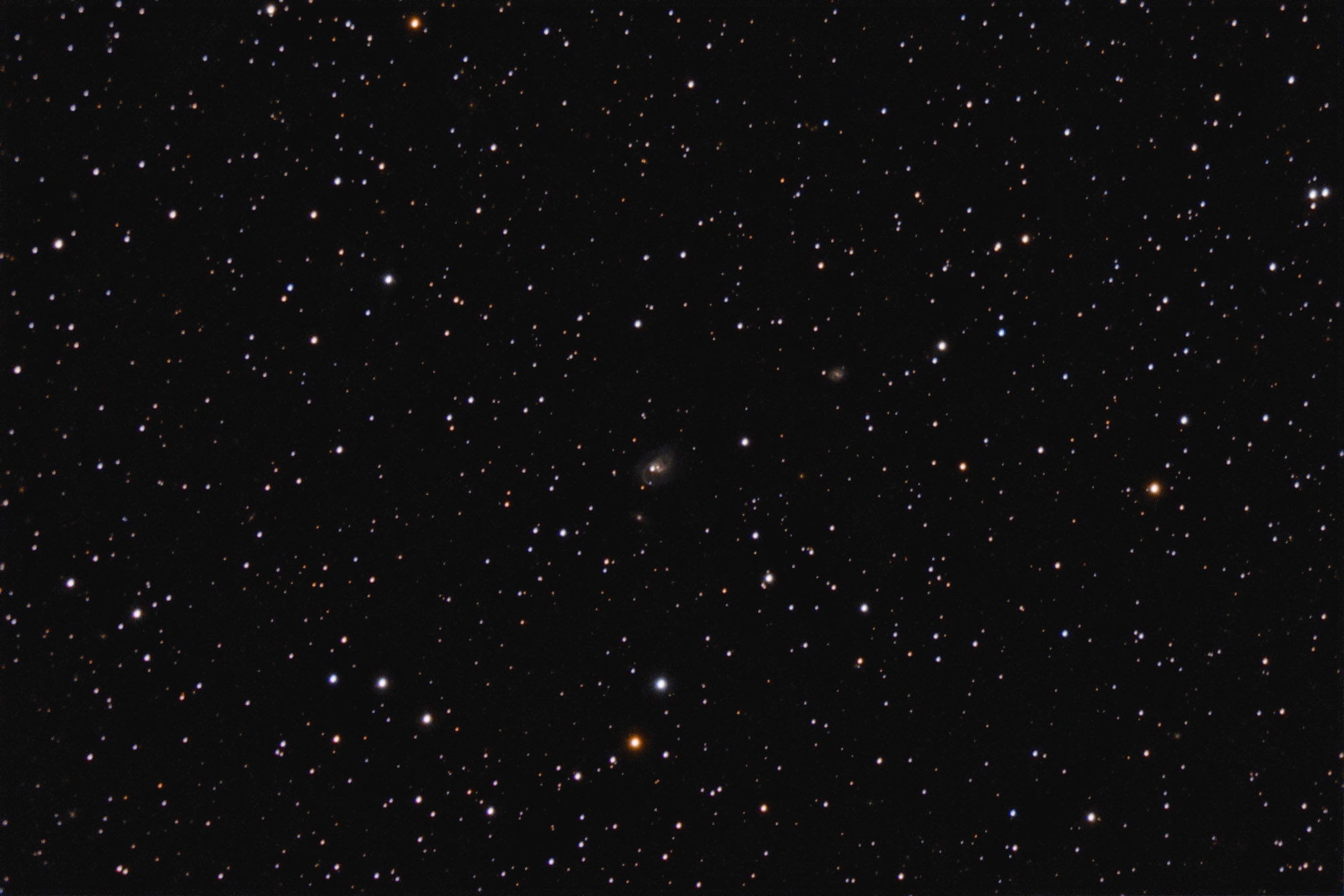