Arp 12, NGC 2608 is a \"grand design\" barred spiral about 110 million light-years away. The bar is short running nearly east to west so at first glance it may appear to have a bar. It is classed by Arp under \"Spiral galaxies: Split arm\". In this case, the arm on the western side splits into three parts while the arm on the east (left) side is normal. I took and am displaying the image at 0.5\" per pixel rather than my normal 1\" per pixel. Seeing wasn\'t really up to it however so I likely would have had better results using my normal 1\" pixel. Only thing is, looking at Arp\'s image it appears seeing on Mt. Palomar was even worse than mine. Must go with imaging this galaxy. It was so poor in fact that he couldn\'t tell if the second object in the galaxy was a second core (due to a merger) or a star. His comment was; \"Nucleus may be double or superposed star.\" Even with my seeing it is obviously a blue star. Though being able to image using color filters makes the task of separating star from galaxy core much easier. In fact, there\'s no sign of any merger or disturbing galaxy. So why the one arm is split like it is, remains a mystery. You can see there is an outer halo of the galaxy though such halos are rather common with most spiral galaxies if you expose long enough. Still, it is unusually bright and may have been due to the same cause as the split arm, whatever that was. Several other papers refer to \"2 stars superimposed on the bar\". I only see the blue star and the nucleus though in my processing the core does look much like as star. Are these the two stars these papers refer to? If so the blue star isn\'t on the bar but I don\'t see any hint of other stars but these two.

The galaxy was discovered by William Herschel on March 12, 1785. It is neither of the two Herschel 400 Observing program. NED classifies it as SB(s)b:, the NGC Project says SBb/SBc and Seligman says SB(s)b. They all pretty much agree for once. I measure it at a bit over 60,000 light-years in size.

There\'s not much else going on in this image. The only other galaxy of note is to the northeast (upper left). It is trying to hide behind a field star (one in our galaxy). It is ASK 281454.0 shining at a rather bright magnitude 18.6. What\'s surprising is its redshift distance. That is 2.2 billion light years. It must be a spectacular sight to those no farther from it than we are from Arp 12. 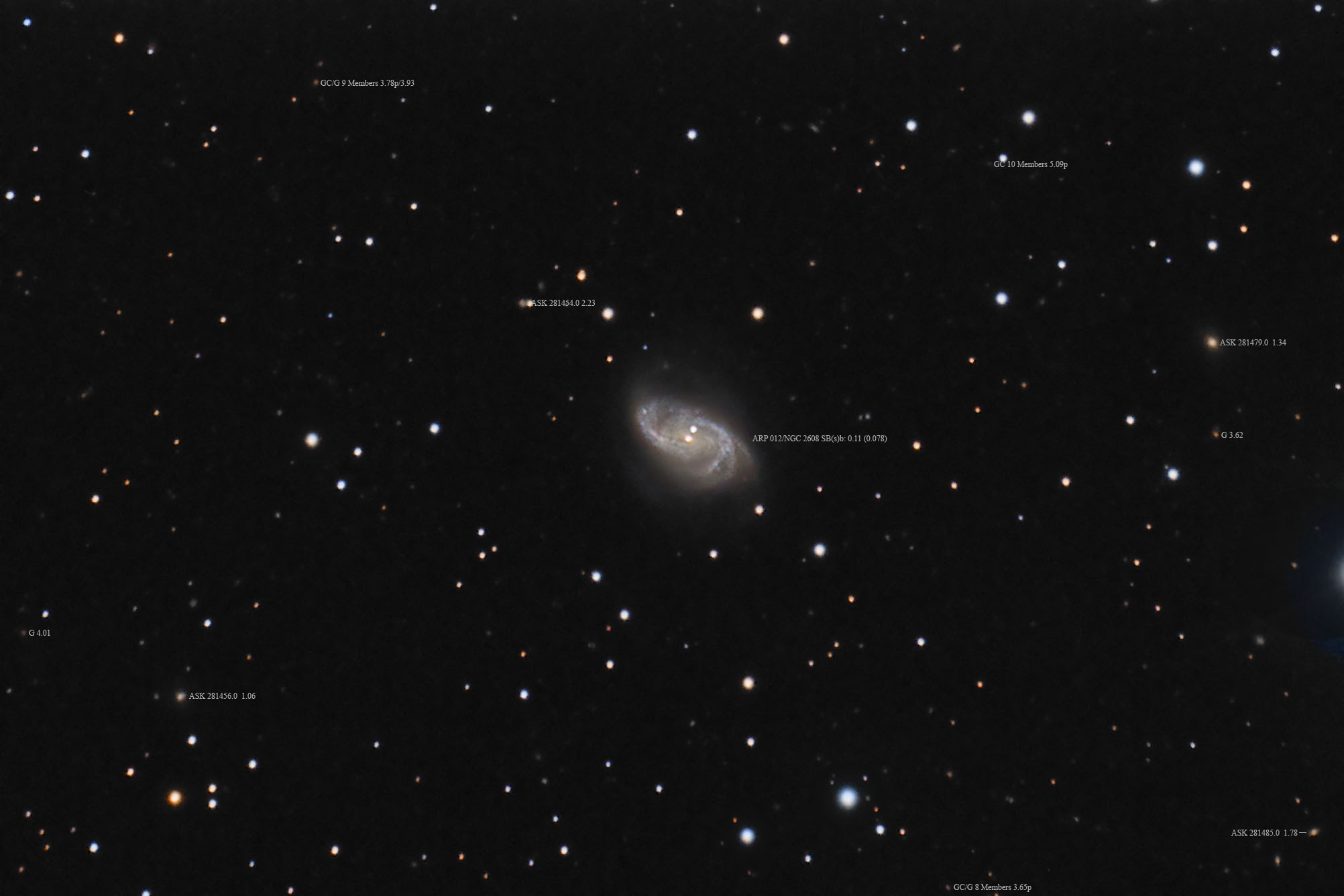 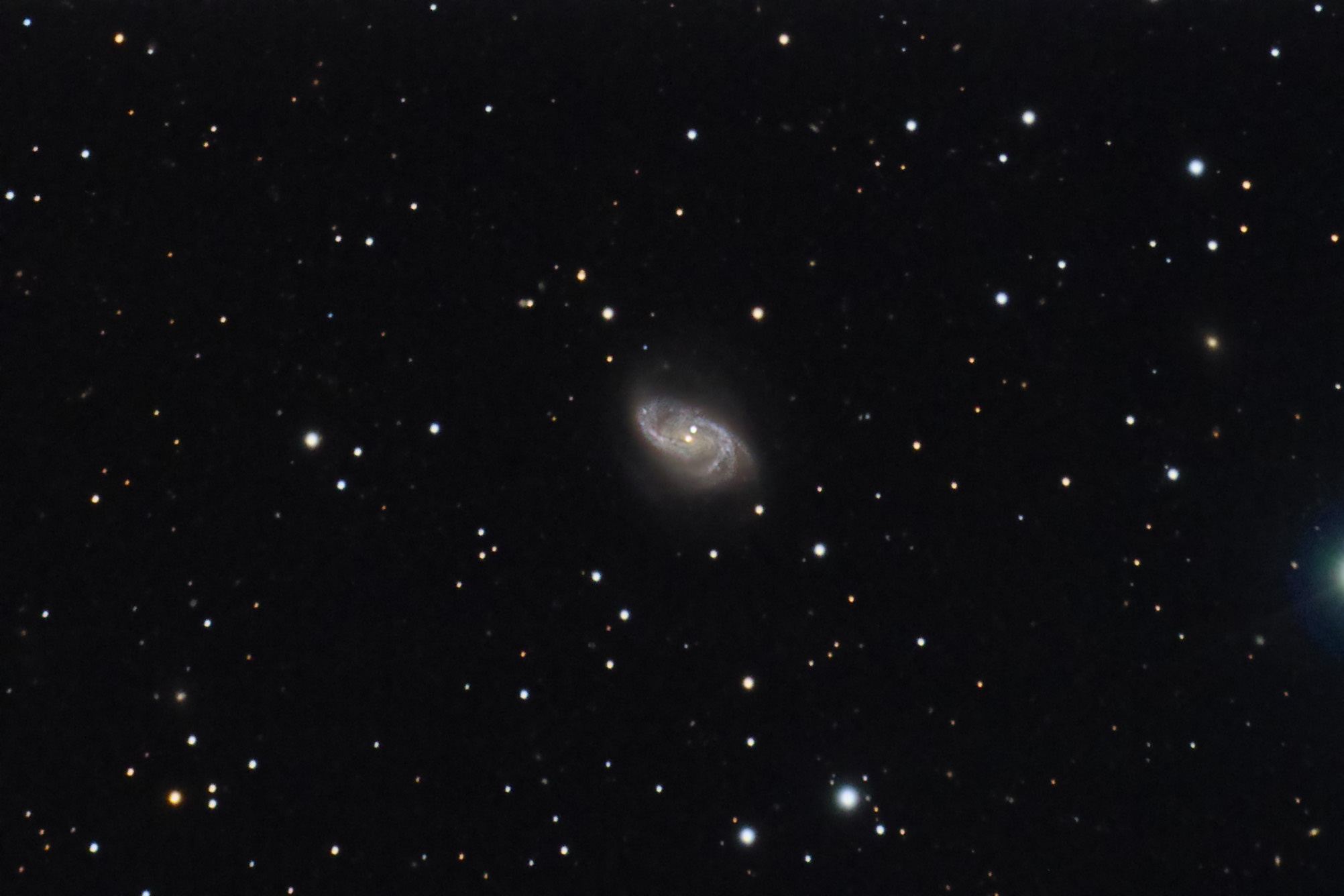