Arp 16 is better known as M66. It made his atlas under the heading of spiral galaxies with detached segments. It also is part of Arp Arp 317. Making it the only galaxy to have two entries in Arp\'s atlas. The image seen here was taken back in 2009 under rather poor conditions. The image with Arp 317 was taken under better conditions and processed with more modern tools than I had in 2009. Arp 16 is a rather active galaxy due to interaction with the other members of its group (again see Arp 317). It is this interaction that likely accounts for Arp\'s \"detached segments\" seen in this galaxy. To me, they are just clouds of new, blue stars created by interaction with its neighbors.

NED classifies it as SAB(s)b;LINER Sy2, The NGC Project simplifies this to Sb while Seligman says SAB(s)b?. The galaxy\'s discovery is credited to Charles Messier on March 1, 1780. While some sources credit its discovery to Pierre Méchain who did discover many objects in Messier\'s catalog that is unlikely in the case of M66. Messier was careful to note those found by Méchain but made no such note for this entry.

See my Arp 317 entry for a better image of this galaxy. 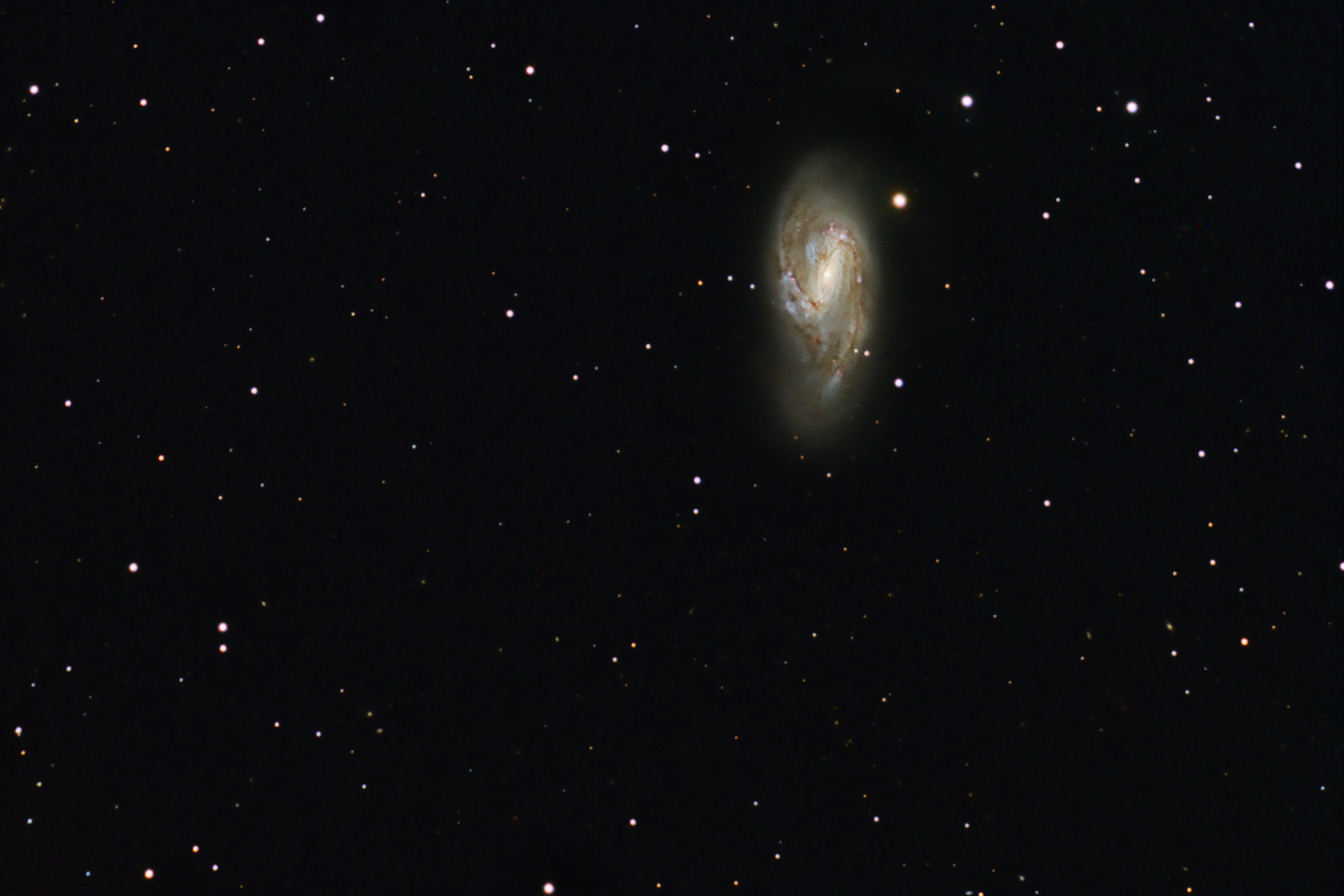