Arp 17/UGC 03972/VV 349 is located in Camelopardalis about 230 million light-years away by redshift. I found no other distance estimates. Arp included it in his section for spiral galaxies with detached segments. I assume he is referring to the bright arm pointing nearly straight north. Arp left no comment on this one so I have no idea what he thought about this one.

Two notes at NED read: \"The northern, smaller component has a higher UV-excess than the other.\" and \"Late barred spiral with companion superimposed at 0.30, 356 from center, 0.3 x 0.12, interaction, the companion is MCG 12-8-8b.\" Translating, the second comment it is saying: \"The companion is 0.3 minutes from the core at position angle 356 degrees (measured through east (left in my image with north up) which measures 0.3 degrees by 0.12 degrees.\" That\'s about right for the larger detached section as Arp calls it though there seems to be a smaller one to its lower left.

As noted in the second comment, the MCG catalog considers this two interacting galaxies. Not to be outdone the VV catalog considers it as three! Note the core has a dark line dividing it into east and west parts. Besides the \"detached segment (VV 349c) the west core is VV 349a and the eastern is VV 349b. NED labels all three as \"Parts of Galaxies\". NED classes it as SB?. Saying it is a barred spiral but we have no comment on the arm structure. It didn\'t get a peculiar designation, however. The UGC says only SB. It resides as a pretty lonely galaxy with nothing much in the area. Certainly, nothing that NED has much information on so I didn\'t prepare an annotated image with anything but Arp 17 having useful data. 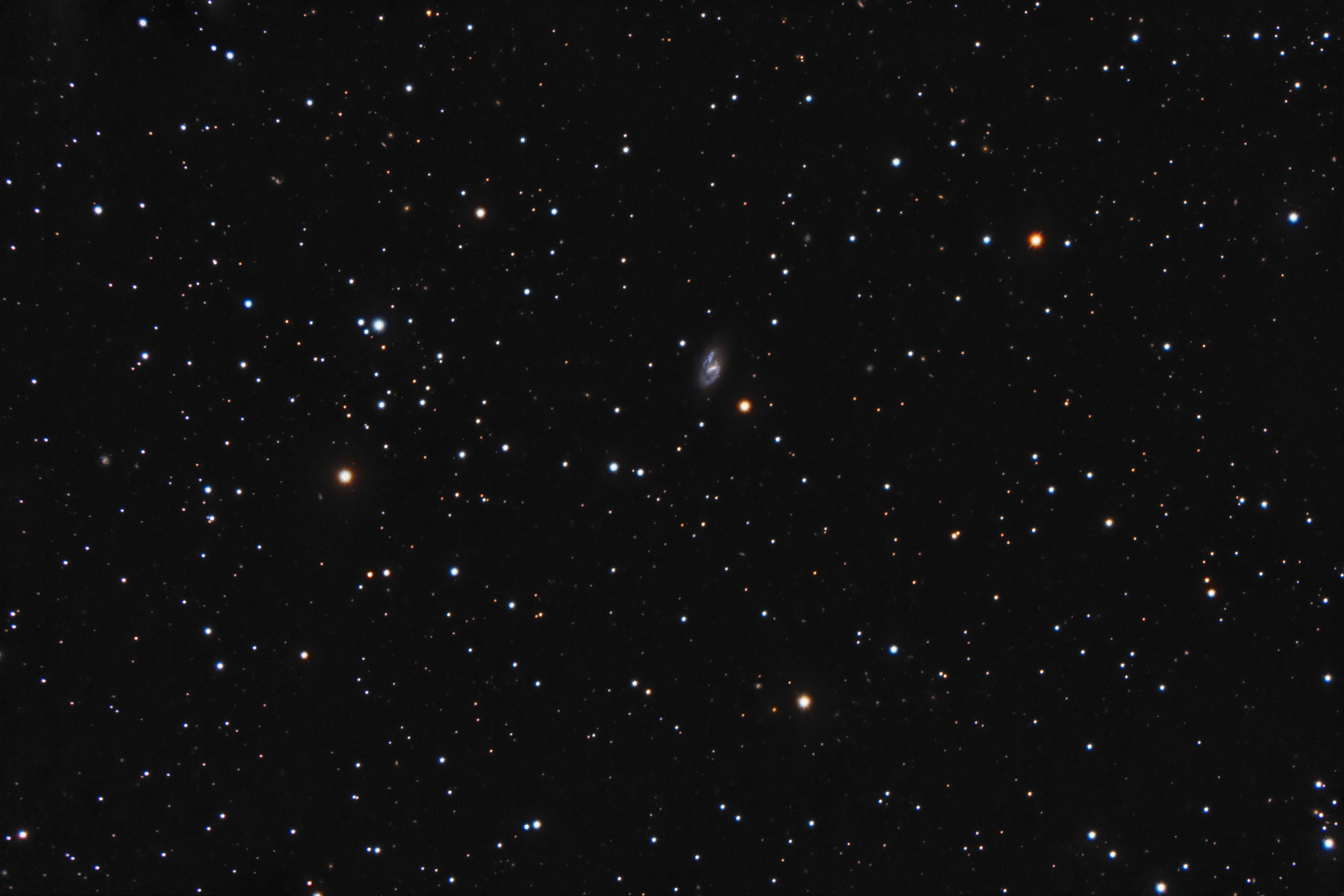 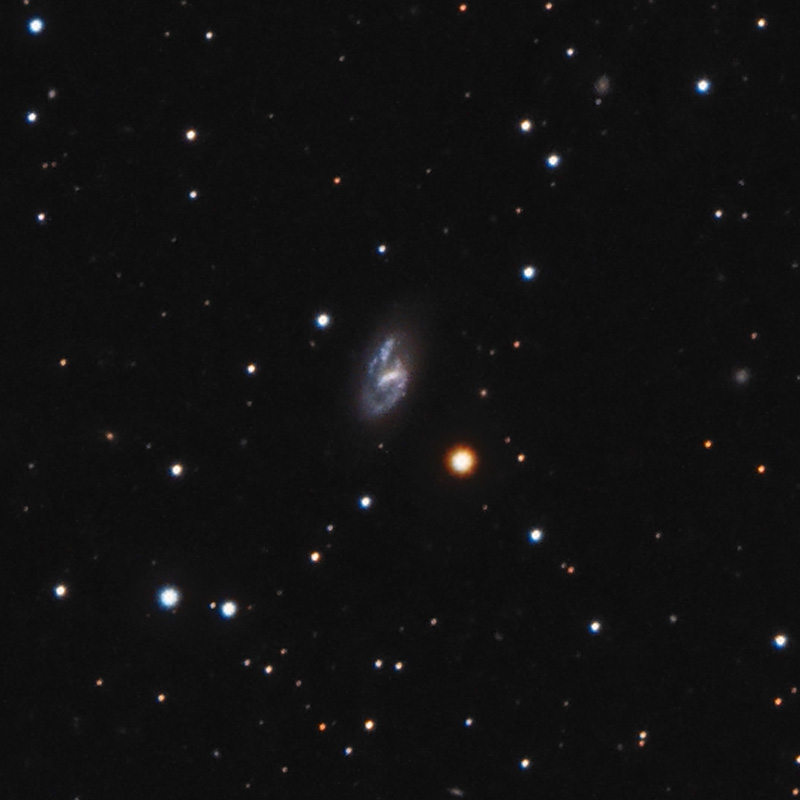