Arp 19/NGC 145 falls under Arp\'s category of 3 armed spiral galaxies. It is about 175 million light-years away in the constellation of Cetus. NED classes it SB(s)dm. I\'m not so sure I agree with the 3 arm bit. Two are obvious with the third looking like it is detached from the bar the other two come from. In fact, there seems to be a fourth shorter \"arm\" as well starting from a very bright knot to the west of the third \"arm\". Both have a faint curving outer arc. What caused this is the mystery to me. Checking literature turned up no real mention of a third or fourth arm. Most references read something like this one: \"Small, bright bar with no definite nucleus. 2 strong knotty arms with some branching, one stronger and longer, forming an incomplete loop.\" I don\'t quite agree with the \"no definite nucleus\" part. Looks to me to be one. It\'s quite a bit more orange than any other part of the bar and seems the rotation point of the galaxy as well. Maybe they didn\'t have the benefit of a color image. It was discovered by John Herschel on October 9, 1828.

While there are a ton of other galaxies in the image, including what appears to be a galaxy cluster just to the east of Arp 19 I found little on them and no hint of a mention of a galaxy cluster. This field is out of the SDSS area. Many of the galaxies are in the British anonymous catalog but with little useful information. In fact, only two other galaxies have redshift data available. The odd apparently double cored galaxy to the northeast of Arp 19 is LCSB S0087P (LCSB=Low Central Surface Brightness) at 336 million light years. Apparently, that dim line through the core is why it is in the catalog. Otherwise, its core sure doesn\'t appear to be of low brightness to me. I don\'t find anything on it or what is behind its odd appearance. There\'s another galaxy with a possible double core about the same distance from Arp 19 but to the southeast. It is 2MASX J00315490-0510555. I have no distance data on it. It probably is two unrelated galaxies, one a small elliptical, that are along the same line of sight.

The only other galaxy with redshift data I could find is the large bright, very orange, elliptical galaxy PGC 001962 at magnitude 15. Its redshift indicates a distance of about 334 million light-years. Essentially the same as LCSB S0087P. They are likely related. The very blue galaxy northwest of it is 2MASX J00321025-0505417. Just to the right of it is a very blue nearly round galaxy APMUKS(BJ) B002936.06-052218.5. Yeah, one of the many anonymous ones in the image. The galaxy speared by the satellite trail southeast of Arp 19 is 2MASX J00320683-0513177. The trail has a gap in it due to it being on two frames. The gap is the time it took to download one frame and start the next.

There happened to be 4 asteroid trails in the image. Three are easy to find in a triangle to the west of Arp 19. The one to the northwest near the only bright star in the area (northeast a bit from the star) is (95329) 2002 CQ11 with an estimated magnitude of 19.2. Below that bright star almost due east of Arp 19 is a very dim and small orange galaxy. Just west of it is (109137) 2001 QO54 at magnitude 19.6. Continuing due west to a larger brighter but still faint smudge of a blue galaxy bring you to (112051) 2002 JL9 just below the galaxy. It is the brightest in the image at magnitude 18.7 The 4th, also moving in the same downward angle with a similar length trail is the faintest and hardest to find. Go back to the previous asteroid by the faint star and go just below the asteroid trail to an orange star. Down and right of it is a rather white star. Go down from that star and very slightly right, Near the bottom of the image is the faint trail of 2005 WC36 at magnitude 20.0. 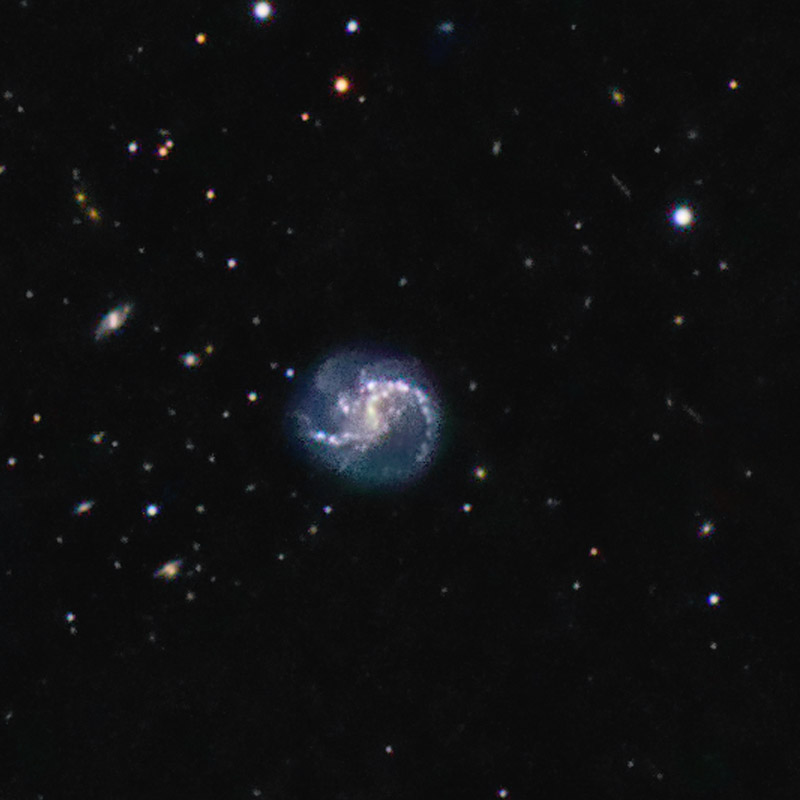 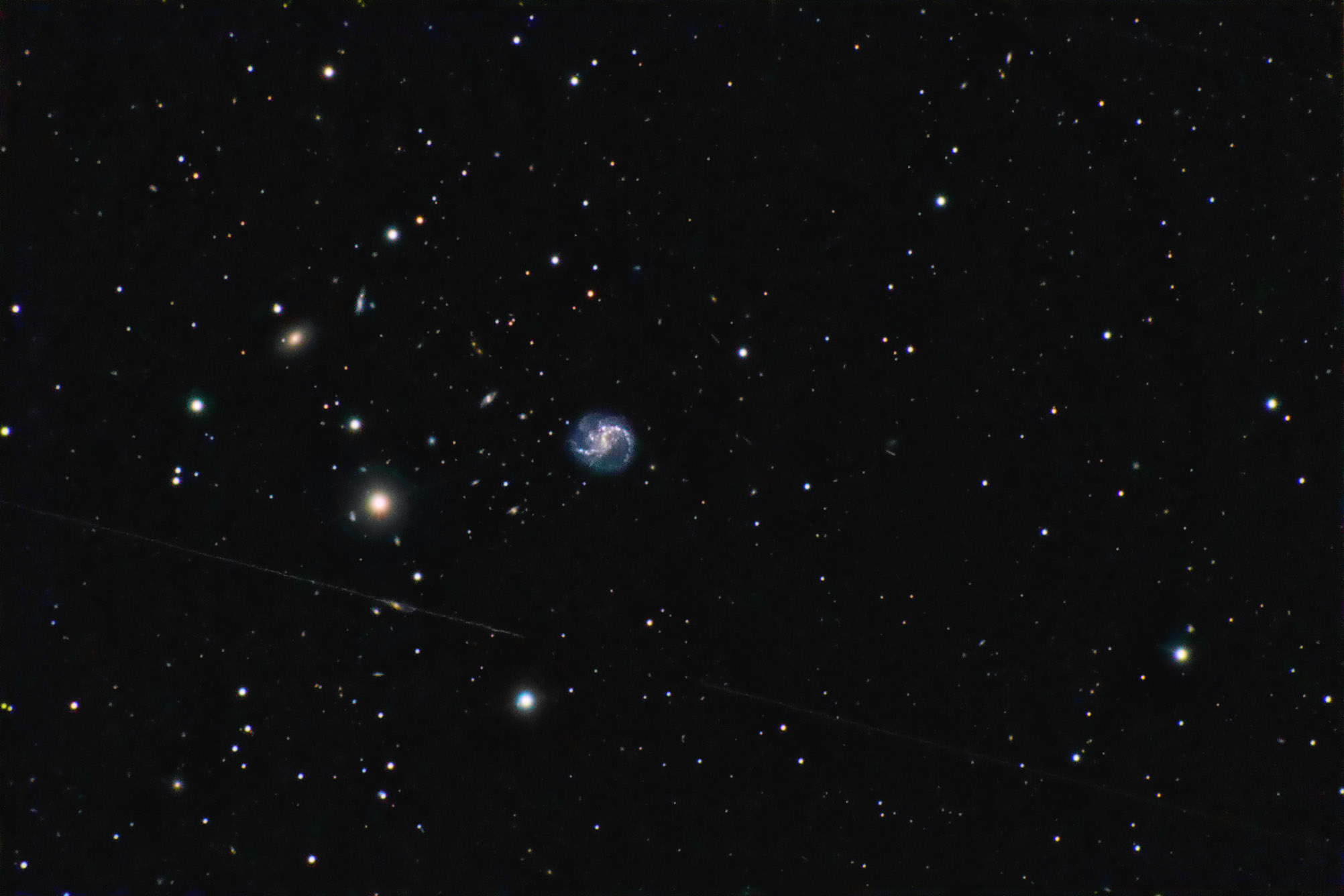