Arp 23 is a one-armed spiral galaxy in Canes Venatici. It is also known as NGC 4618. Oddly there are two one-armed spirals in the image but only the larger made it into Arp\'s atlas. The smaller is NGC 4625. Redshift puts Arp 23 at 36 million light-years distant while two Tully-Fisher measurements at NED say 25 million light-years. NED classifies it as SB(rs)m HII while the NGC Project says simply SBm and Seligman agrees with NED. The galaxy was discovered by William Herschel on April 9, 1787. It made the original Herschel 400 list. My notes from April 28, 1984 with my 10\" f/5 at up to 150 power on an excellent night read: \"Bright with little detail seen, Didn\'t note the ringtail even though a great night. Other galaxies in the field may have distracted me, especially the one to the north (NGC 4625 I now know) which seemed bright enough to be plotted on the Tiron Atlas but was not.\"

NGC 4625 was discovered by William Herschel on April 9, 1787, the same night as NGC 4625 but is in neither of the Herschel 400 observing programs. It is classified as SAB(rs)m pec by NED and Seligman and SBm/P by The NGC Project. It too appears to be a one-armed spiral but didn\'t make Arp\'s list like NGC 4618 did. The two are considered an interacting pair so at about the same distance. Very long exposures in UV light show that the stars of Arp 20 extend to and wrap around NGC 4625 proving they are an interacting pair. Is this interaction the cause of both having only one main arm? See http://cseligman.com/text/atlas/ngc46.htm#4625 for more on this interaction and deep images of the pair. 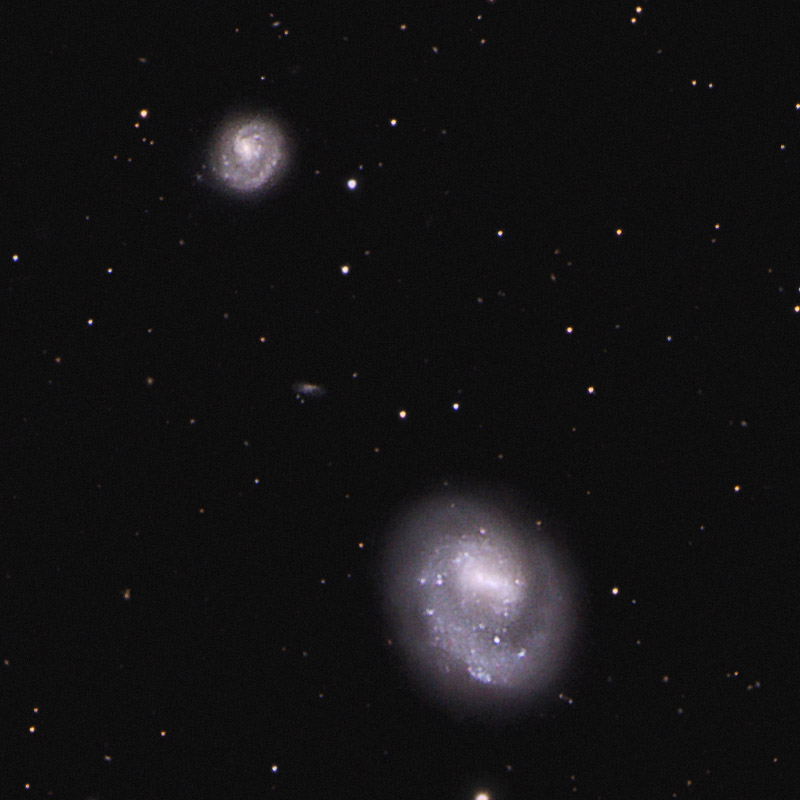 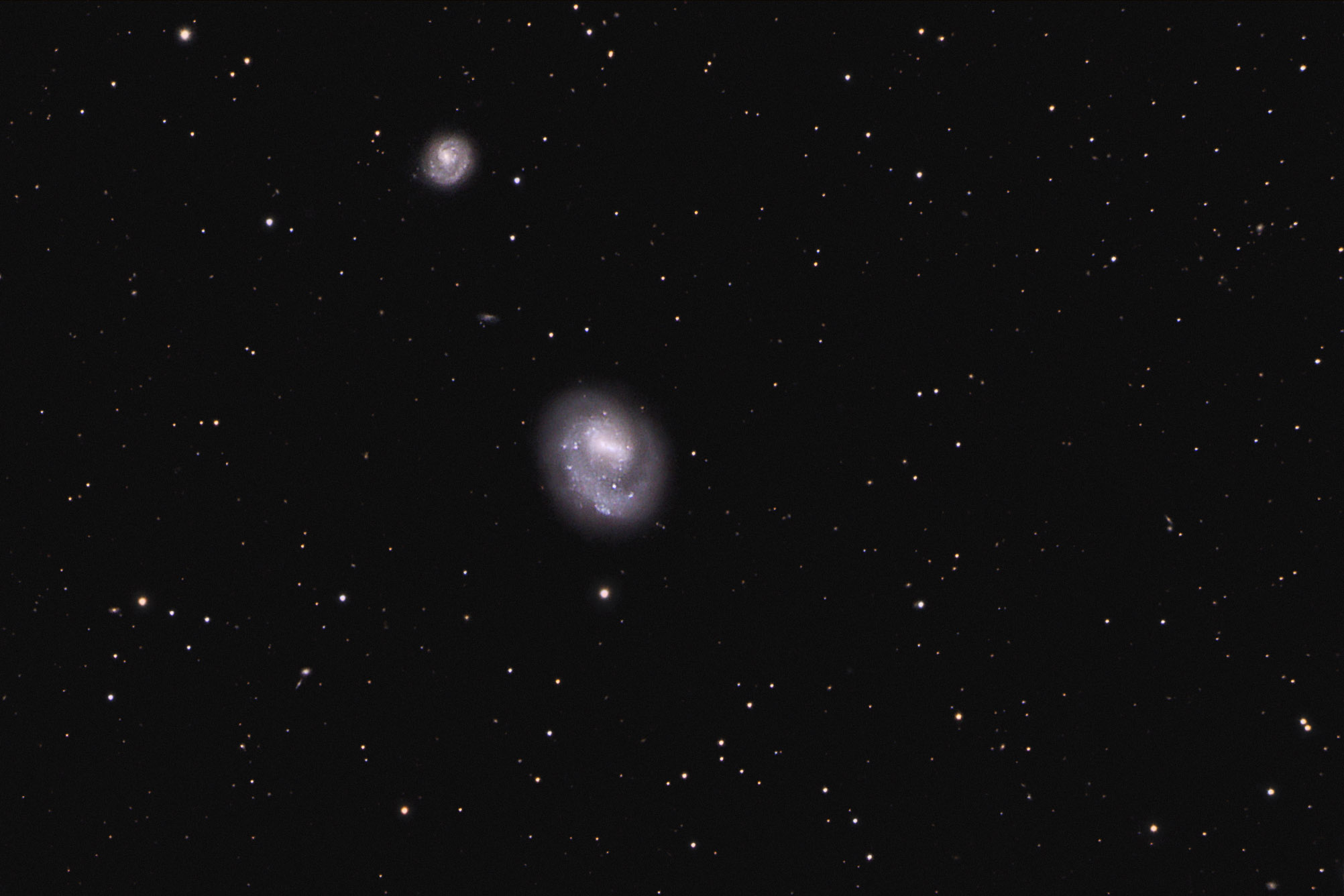