Arp 24/NGC 3445 is a galaxy Arp put in his one arm spiral category. It also would have fit in his spirals with large, high surface brightness companions. It is located in Ursa Major about 100 million light-years from us. NED classifies it as SAB(s)m, The NGC Project says Sc while Seligman says SBm?. It was discovered by William Herschel on April 8, 1793. Though isn\'t in either Herschel 400 observing programs. Its companion on the end of its lone arm is PGC 32784 at about the same distance by redshift. It seems connected to Arp 24 by a tidal plume coming from the single arm of Arp 24. Both NED and Seligman classify it as Sm. Seligman give its size as 9,000 light-years making it a dwarf galaxy. Seligman gives the size of Arp 24 as 35,000 light-years.

One of the other NGC galaxies in the image is NGC 3440. It is also about 100,000 light-years distant so part of the same group as NGC 3445 and NGC 3458 discussed below. NGC 3440 appears distorted with its core region off center. NED classifies it as SBb?. The NGC Project agrees but leaves off the question mark. Seligman doesn\'t attempt to classify it. The galaxy has two blue blobs in the extended northeastern part of the galaxy. The brighter one is listed by NED as a separate galaxy at the same distance while the other is shown as an ultraviolet object with no distance data. If one or both of these are due to something it is digesting that could explain its off-center core. The galaxy was discovered by William Herschel on the same night he found what was to become Arp 24.

The third NGC galaxy in the image is NGC 3458. NED classifies it as SAB: I do see a very short bar in an otherwise mostly featureless blob of a galaxy. The NGC Project, however, says it is S0 and Seligman doesn\'t try to classify it. It too was discovered by William Herschel the night he found the other two in this field. It isn\'t in either of the Herschel 400 programs.

For details about the other galaxies in the image see the annotated version. RQQ stands for Radio Quiet Quasar while CQ means Candidate Quasar. 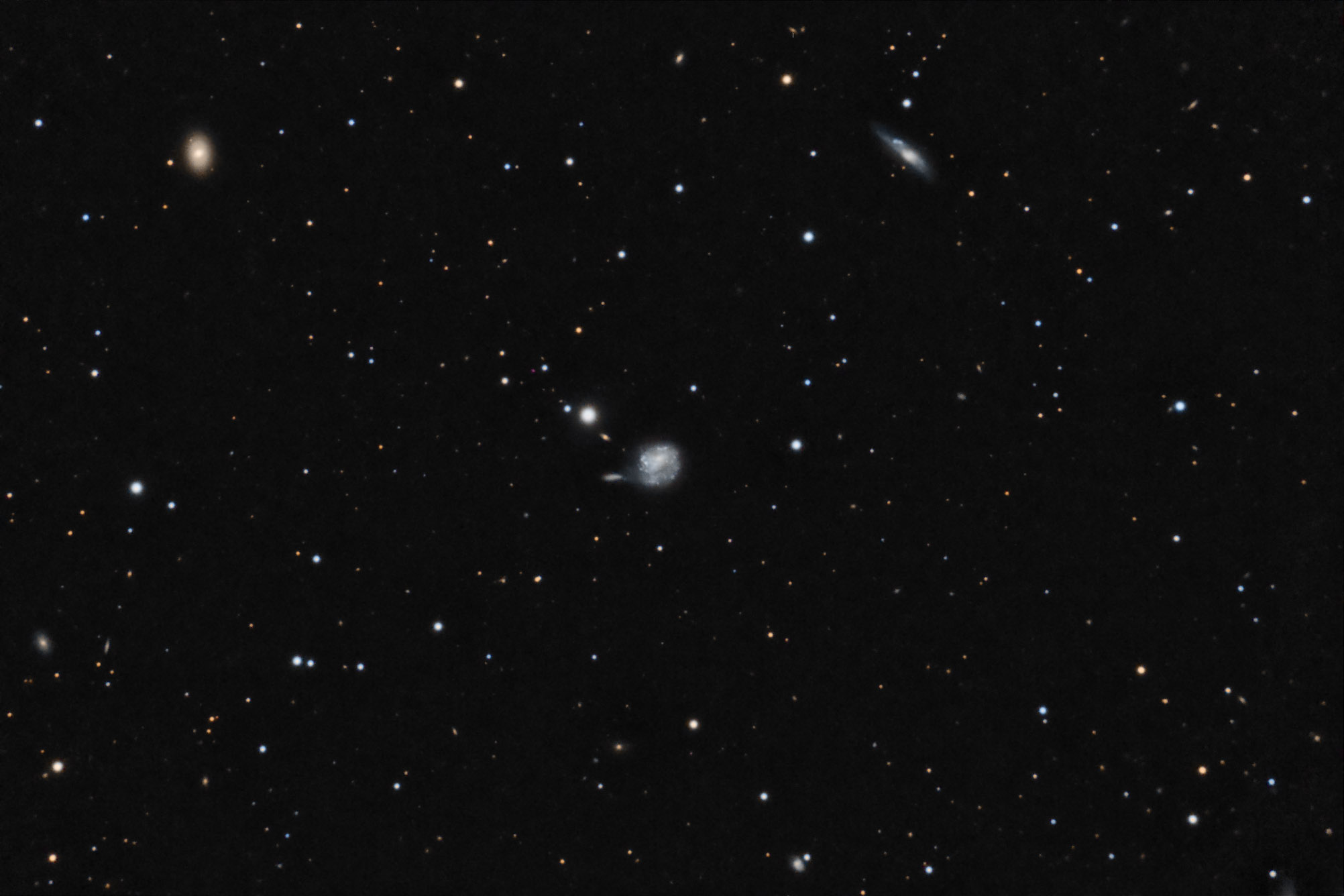 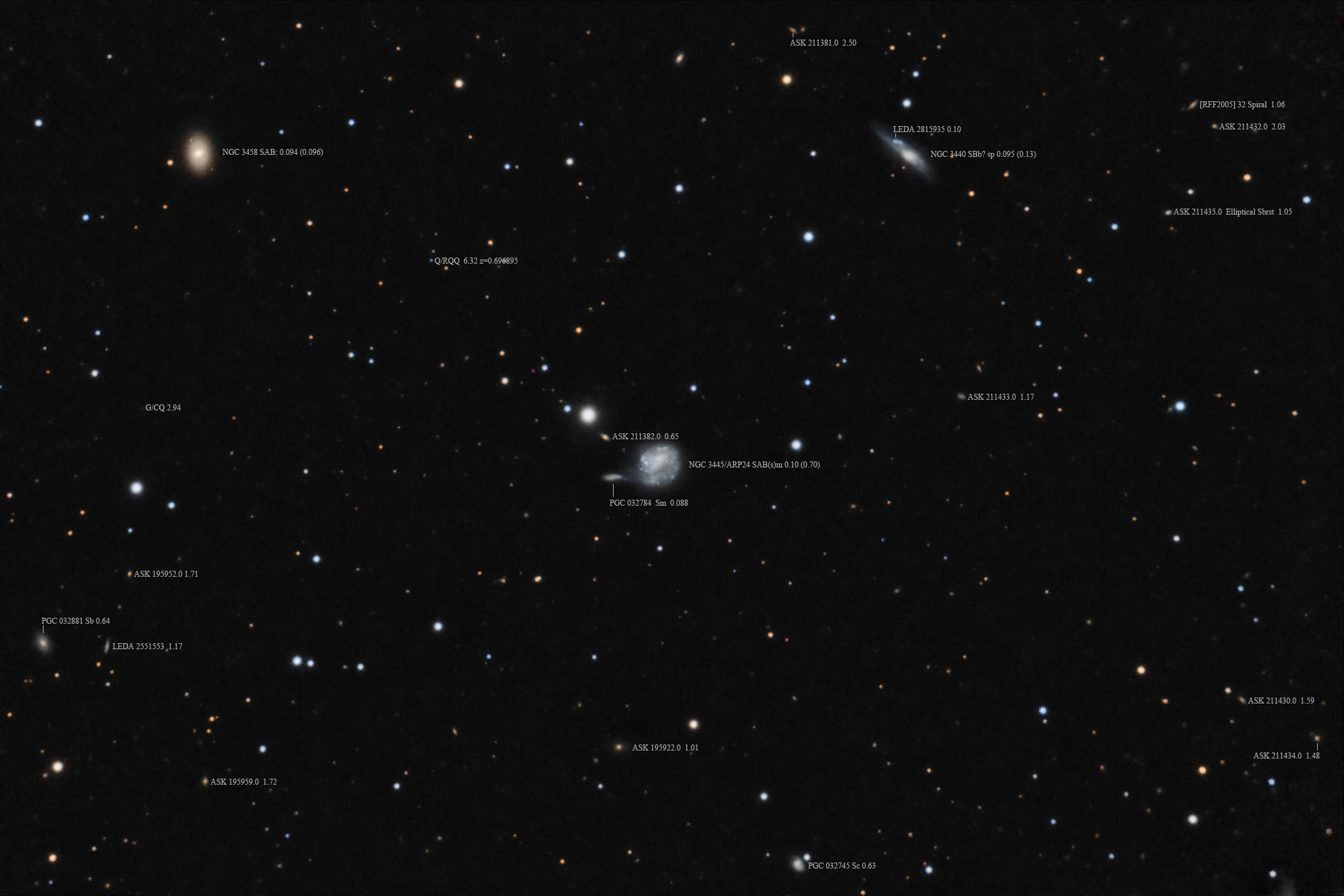