Arp 27/NGC 3631 is a grand design spiral in Ursa Major. Redshift shows it to be about 62 million light-years distant. A Tully-Fisher measurement says 70 million light-years. Pretty good agreement as these things go. Arp puts this one in his category of spiral galaxies with one heavy arm. NED classes it as SA(s)c. At magnitude 10.6 this is a good one for visual observers. Arp\'s comment on this one reads: \"Note straight arm, absorption tube crossing from inside to outside of south arm.\" The straight arm he refers to is easy to spot. The absorption tube is likely the dark feature from upper left to lower right crossing the narrow arm. A narrow line of star clusters continues on what would be the upper side if it continued further southwest. 3 clouds might be along the lower side of it.

Often I\'ve mentioned \"So many galaxies, too few grad students.\" Finally, I hit one a student (undergraduate) worked on in 2007. She didn\'t have time to finish her project as it was a summer stipend only but has a web page up on what she did find. So rather than me rattle on I\'ll refer you to her web page on it.
http://www.astro.wisc.edu/~crystal/index.html

My annotated image has one galaxy listed as an AGN but Sloan lists it as a quasar. It looks like a galaxy in my image, I see no starlike point that would be expected from a quasar. Still, I\'ve listed it as G/Q.

I found some images of the galaxy at the Hubble Legacy Archive. I made a mono image from the best of them. None are all that good and the wrong bands for good color. At Hubble\'s limited field and higher resolution, the galaxy looks very normal. Even the \"straight arm\" looks normal along the part that is within its limited field of view. Due to the high noise level in the image, I\'m reproducing it at half scale. This is sufficient to show Hubble can resolve the brightest blue stars in this galaxy. Some of the knots in my image are made up of the light of only two or three of them in some cases. If they were standing alone some would be within my reach.

The Sloan survey shows several \"galaxies\" within the disk of Arp 27. I didn\'t include these when I made the annotated image as I felt they were just parts of the galaxy and not really separate galaxies. Some were marked as PoG for this reason but most are shown without that label. Those that are within the Hubble field are seen to be just PoG as I suspected. This pretty well convinces me those outside the field are likely not separate galaxies either.

I found few images of this one taken by amateurs. That surprised me as it is within easy reach of most imagers and is a rather classic galaxy. Just not one you hear of very often.

The image is noisier than I\'d like as the night cooled more than I expected. I was imaging at -25C when the temperature suddenly fell to well below that. I was running unregulated for three of the 4 luminance images. The temperature fell about 2C every 10 minutes! I was unable to fully compensate for the dark current because of this. The software records the temperature it was taken at but only at one point in the exposure, the end. This tells the software the wrong temperature and it under compensates for the dark current noise. I had to guess an average temperature to use for each frame and edit the header to that value. I\'m sure I didn\'t always hit it right judging by the resulting noise figure. Still, it will have to do until I can reimage it.

The galaxy was discovered by William Herschel on April 14, 1789 and is in the first Herschel 400 program. My notes from April 16, 1985 with my 10\" f/5 with humidity reducing transparency some at up to 150x reads: \"Large, nearly face on spiral with a starlike nucleus. Outer halo is quite large and grows even bigger with averted vision.\" 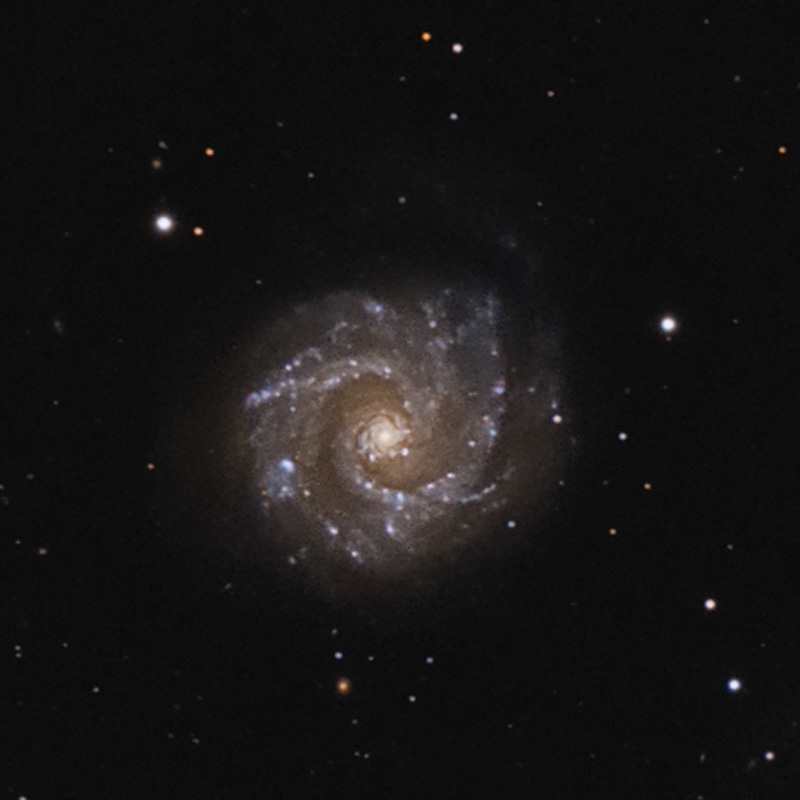 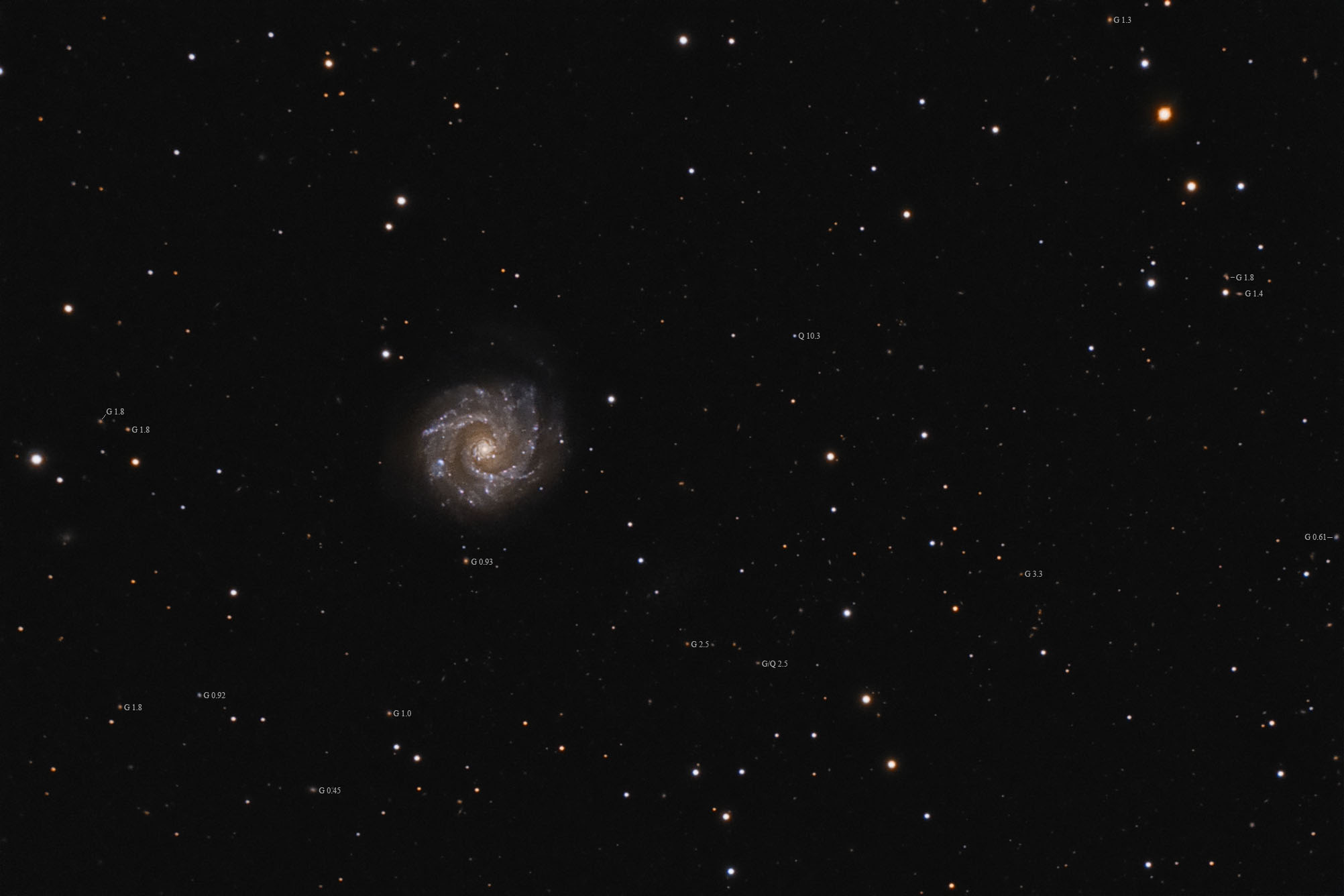 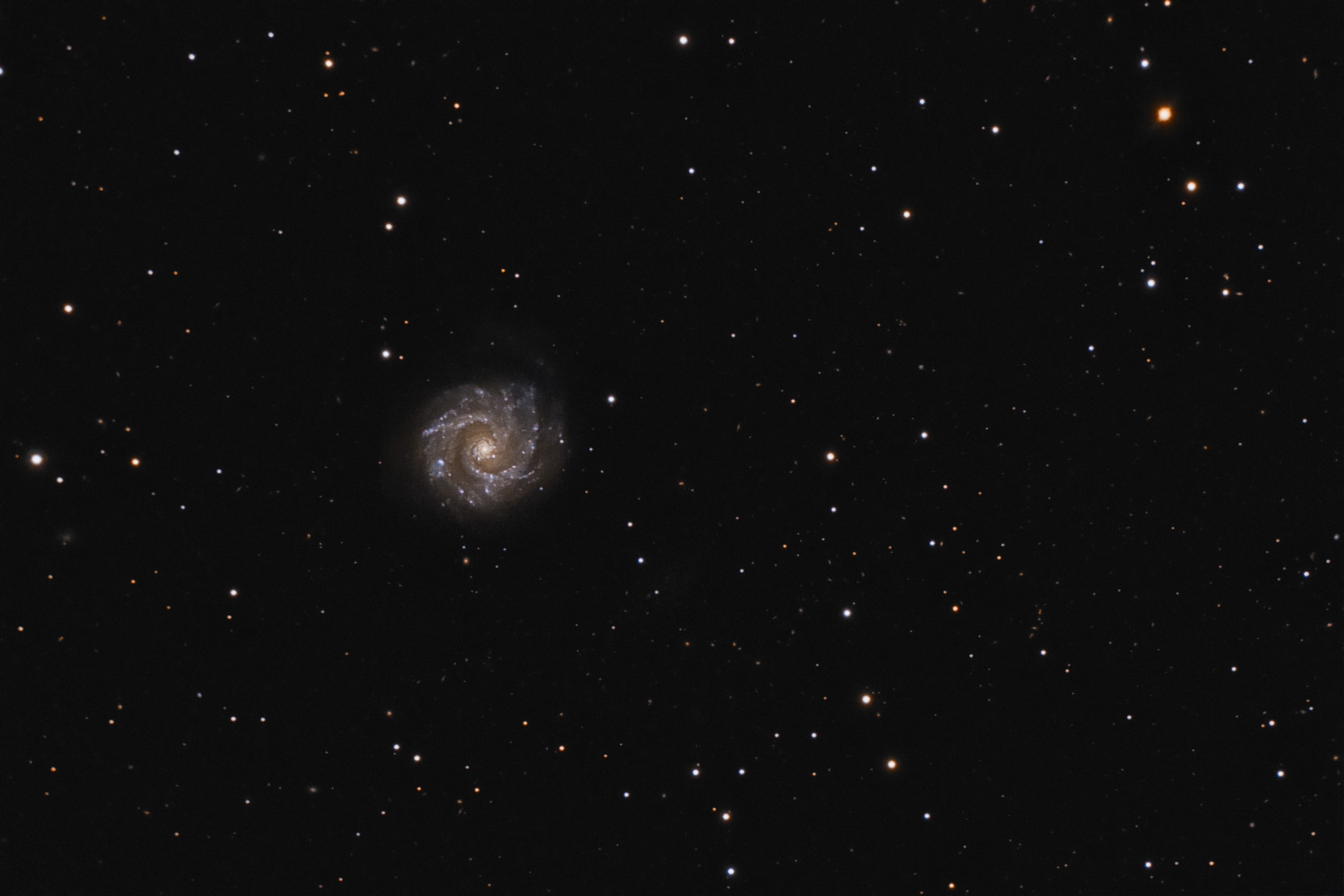 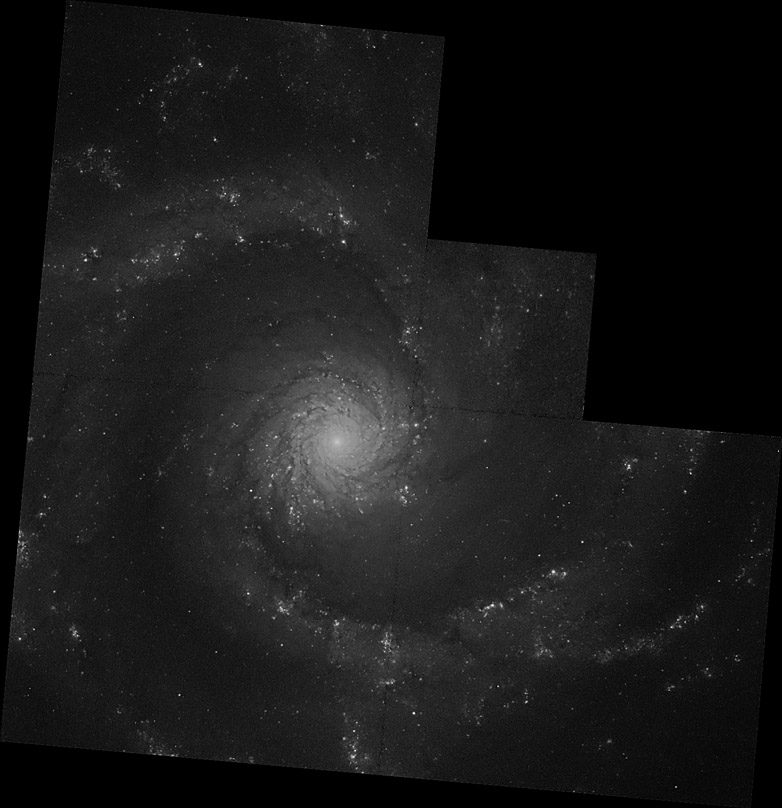