Arp 28 sits in a rather empty part of the sky. It is in Arp\'s class: Spiral Galaxies: One heavy arm. In some cases, I\'ve had trouble seeing which arm Arp was talking about but this one is quite obvious for a change. Arp 28 is also known as NGC 7678 and is located near the center of the Great Square of Pegasus. It is classed as SAB(rs)c and is both a Seyfert 2 and starburst galaxy. It appears that heavy arm as a lot to do with the starburst classification. Arp\'s note: \"Note straight heavy arm.\" The heavy arm is somewhat straight but so are other arm segments of the galaxy. It certainly is a disturbed galaxy. Redshift puts it about 140 million light-years away. A single Sosies measurement shows a slightly closer distance of 115 million light years. I\'m not sure such a measurement is all that accurate for a highly disturbed galaxy but then neither is redshift if the galaxy has had a close encounter that has accelerated it. The galaxy was discovered by William Herschel on September 15, 1784 but isn\'t in either of the Herschel 400 programs.

So has it encountered another galaxy? There\'s none in my image but that\'s my error. UGC 12619 is just below the bottom edge of my image. Somehow I didn\'t see it was there so put Arp 28 in the center of the image rather than a few minutes above center which would have then shown this galaxy. Redshift puts it at about 160 million light years. A bit further than Arp 28. Is it the culprit? It is a dim, low surface brightness galaxy with very disturbed spiral structure. It\'s classed as SAB(s)dm.

The area of Arp 28 is outside the SDSS search area nor has Hubble imaged it. NED has little detail on any of the other galaxies in the image. You have to look hard to find many. The largest and brightest, a blue galaxy to the northwest of Arp 28 isn\'t in NED. Only IR galaxies from the 2MASX survey are listed. Those tend to look red though that isn\'t necessarily the case.

This image appears on page 55 of the November 2017 issue of Sky and Telescope Magazine. It is the first image in an article on square galaxies. It never mentions its Arp number but does mention it as being in his Atlas. 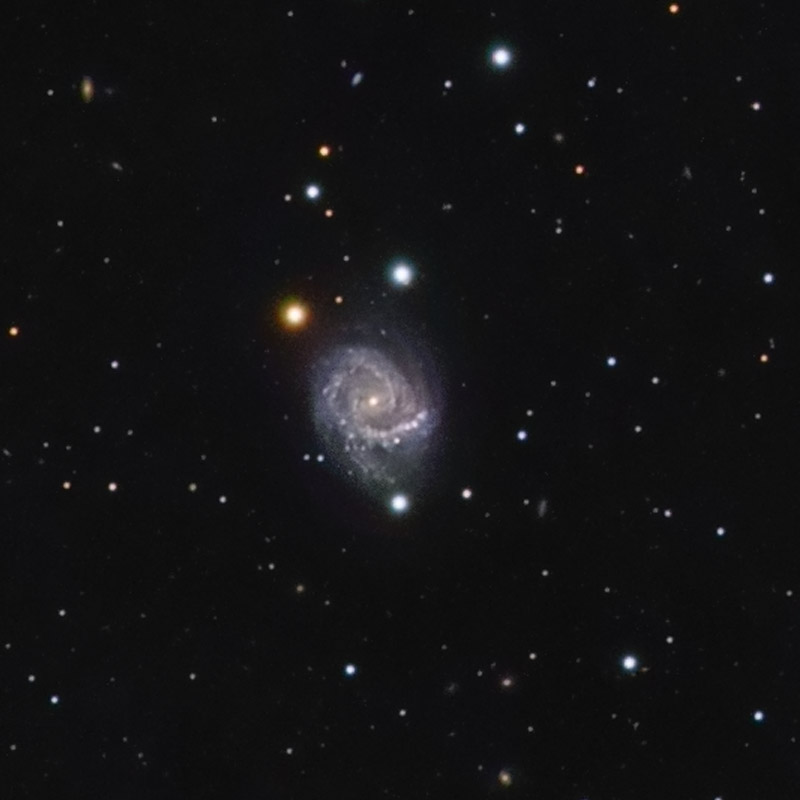 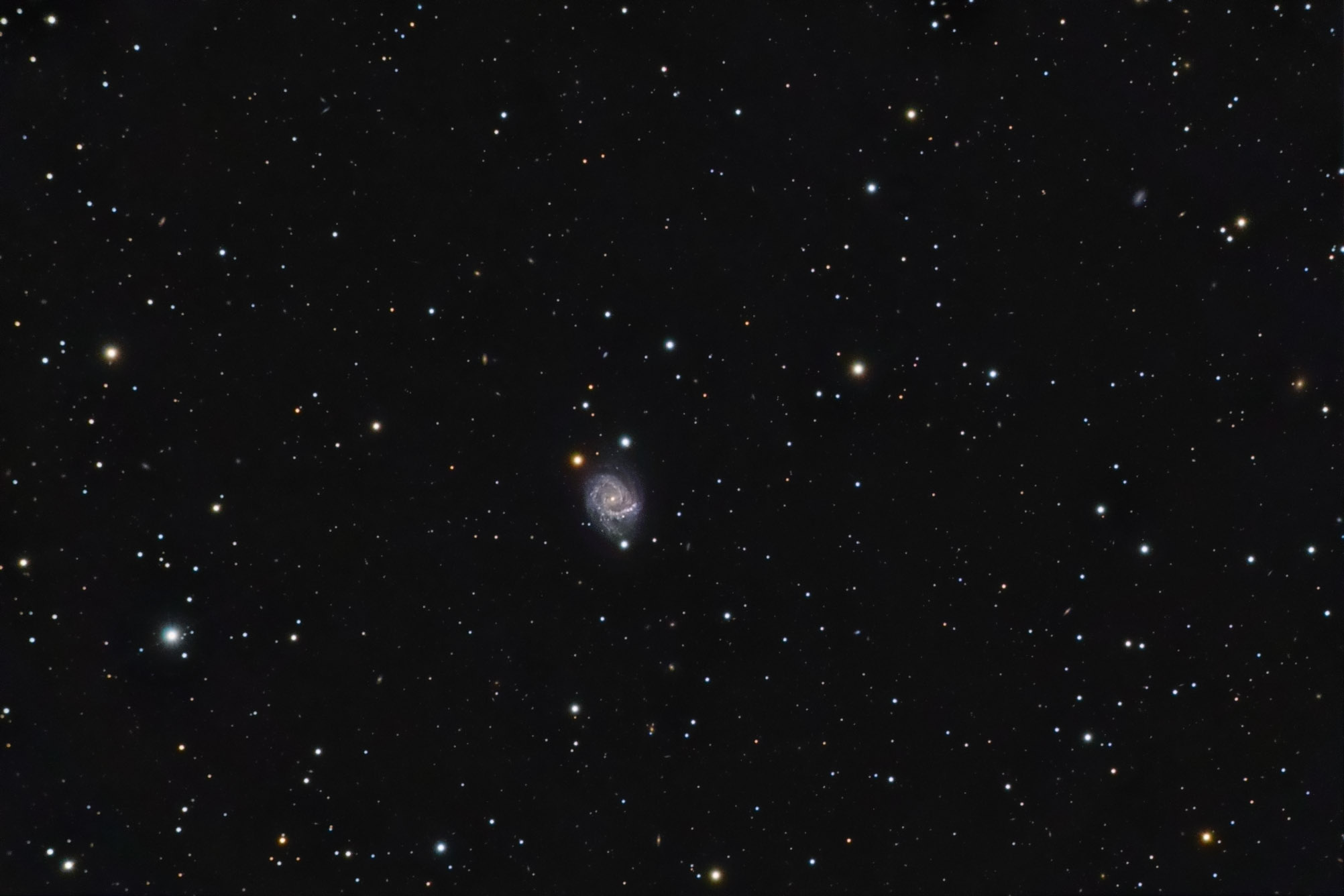 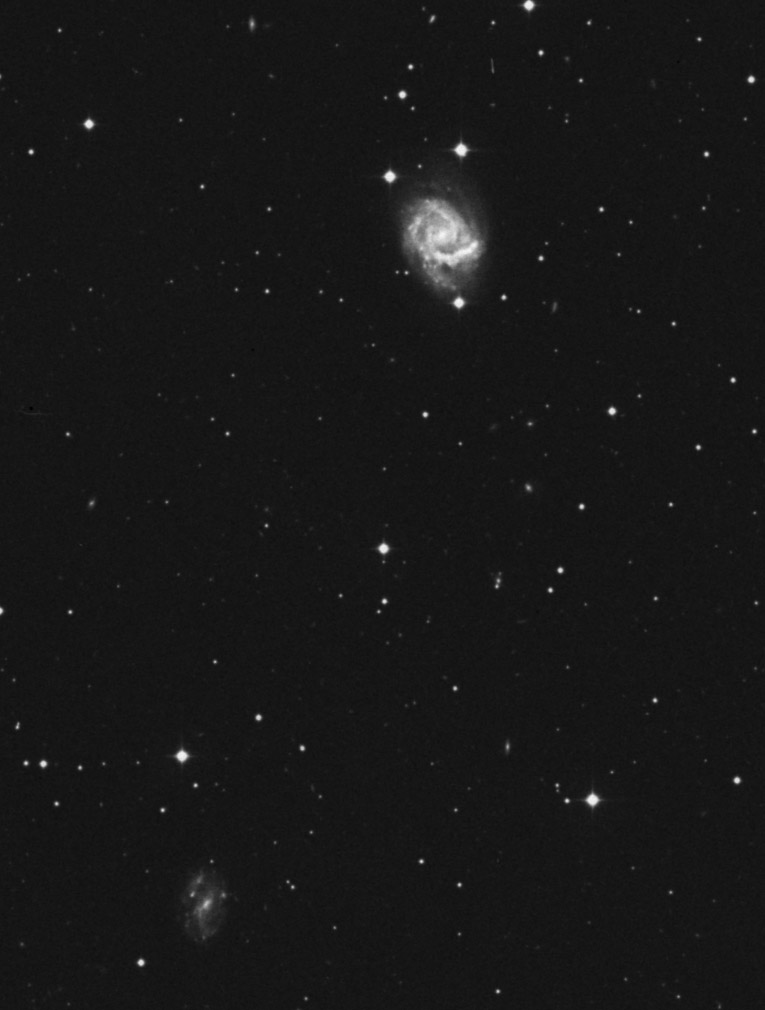