Arp 49/NGC 5665 is in Bootes. Its distance is a bit difficult to pin down. Redshift puts it about 113 million light-years distant but a recent Tully-Fisher measurement says only about 65 million light-years. A 40 year old Tully measurement agrees to its redshift. For now, I\'ll go with the redshift distance as being more likely closer to reality. It was discovered by William Herschel on January 30, 1784 but isn\'t in either Herschel 400 observing program.

Arp put it in his class of spirals with small, high surface brightness companions on the arms. His comment reads: \"Appearance of wake from stellar object in eastern arm.\" This stellar object is NGC 5665A. Older sources consider it a separate galaxy, newer say it is part of the galaxy, not a separate one. One paper suggests this galaxy is the result of a merger that happened about a half billion years ago. Another concludes the arms couldn\'t be tidal in nature and its distortions are natural to the galaxy, not due to outside influences. The field is rather barren of any candidates that could have distorted it so that part is likely correct. But whether this is a merger or just a naturally weird galaxy seems still up for debate. There is one more galaxy at the same distance as Arp 49 in the image, LEDA 4421246 to the north. It\'s a dwarf and likely too small to bother Arp 49 in any way though it is possible it donated many of its stars to Arp 49 long ago.

My color data was severely hurt by varying clouds and haze so is a bit suspect. Still, it seems to agree fairly well to the Sloan image so I\'ll go with what I have for now. 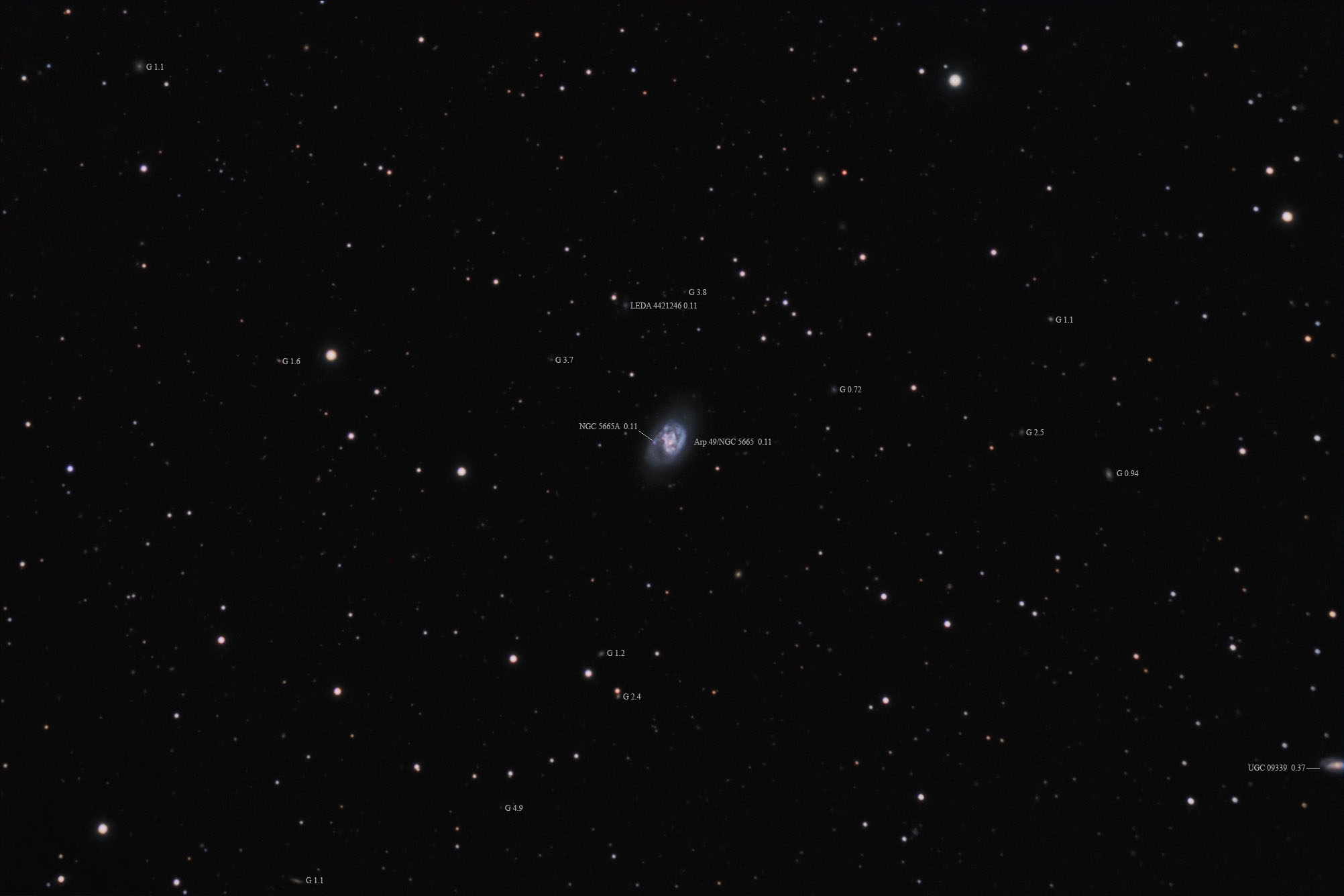 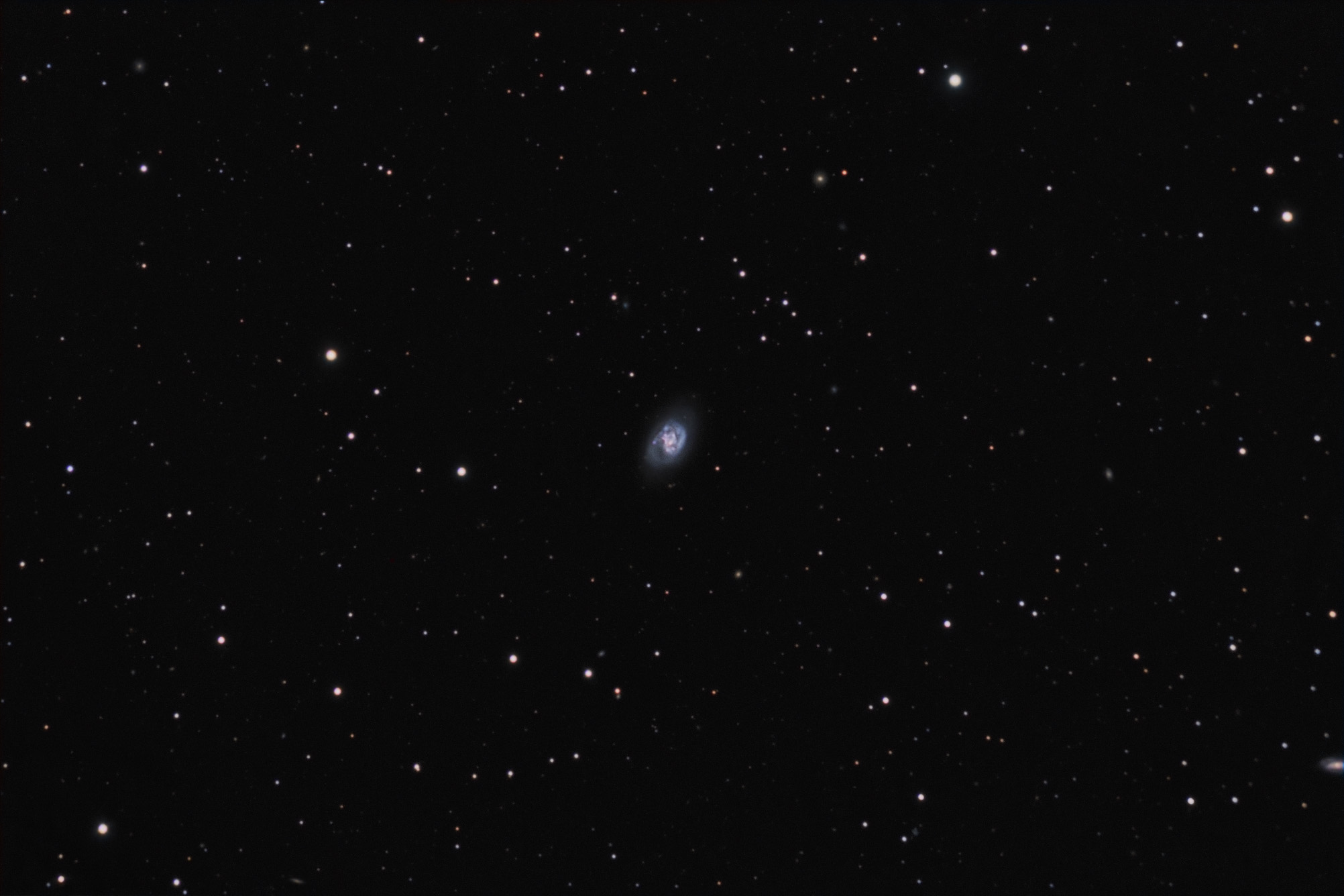 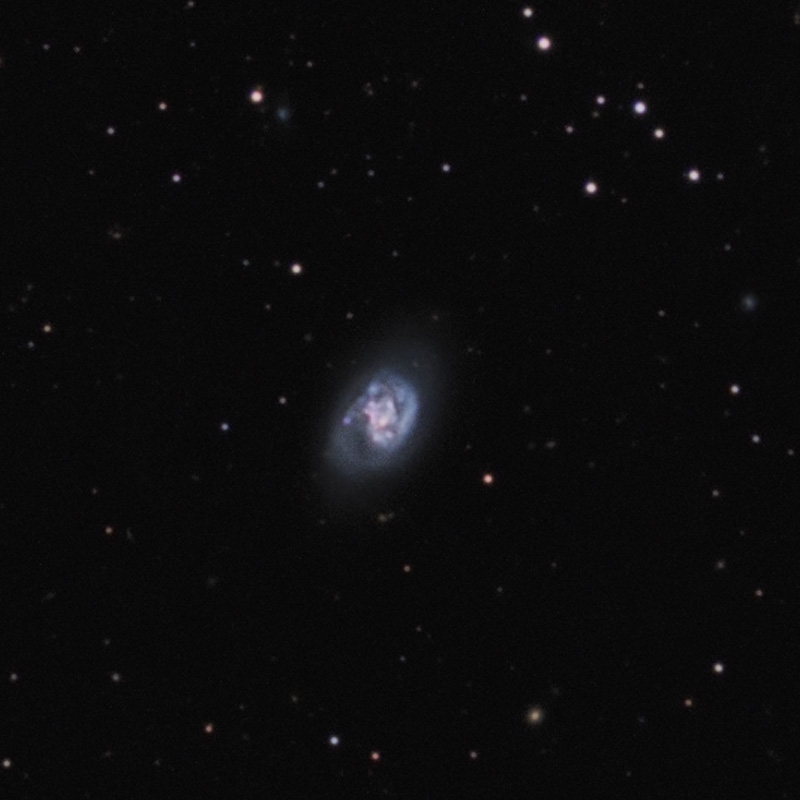