Arp 56 is in Arp\'s class: Spiral Galaxies with Companions on Arms: Small, high surface brightness companions. It is considered an M51 type system by some. Also, known as UGC 1432, it is located in western Aries. From its very small size, you might think it very distant but it is \"only\" 350 million light years distant by redshift measurement. I measure the system as being about 90,000 light-years across thanks to the drawn-out arm. Ignoring the arm it is still a respectable 70,000 light-years across. Some papers refer to the bright spot on the end of the arm as a knot. Its color is different from the galaxy so I suspect it is a separate object. While likely it is the cause of the arm I can\'t find any redshift data for it nor any catalog entry for it.

NED has only one other galaxy\'s redshift noted in the field. It looks more like a star. Go west (right) from the knot and very slightly down. It is the first object you come to. Quite dim with an even dimmer object just to its left. A smaller, fainter version of a brighter pair a bit further west. It is the IR galaxy 2MASSi J0157210+171248. While very faint in visible light it is 13th magnitude in the infrared K filter. Visible light runs from 4000um (very violet) to about 7000um (deep red). K filters are centered at 22000um or about 3 magnitudes redder than our eyes can see. In my image, it is about 21st magnitude! It is a Seyfert 1 galaxy about 2.6 billion light-years distant. The handful of galaxies NED identifies in the image are all IR galaxies like this one. None have distance or magnitude estimates. Arp made no comment about his one. 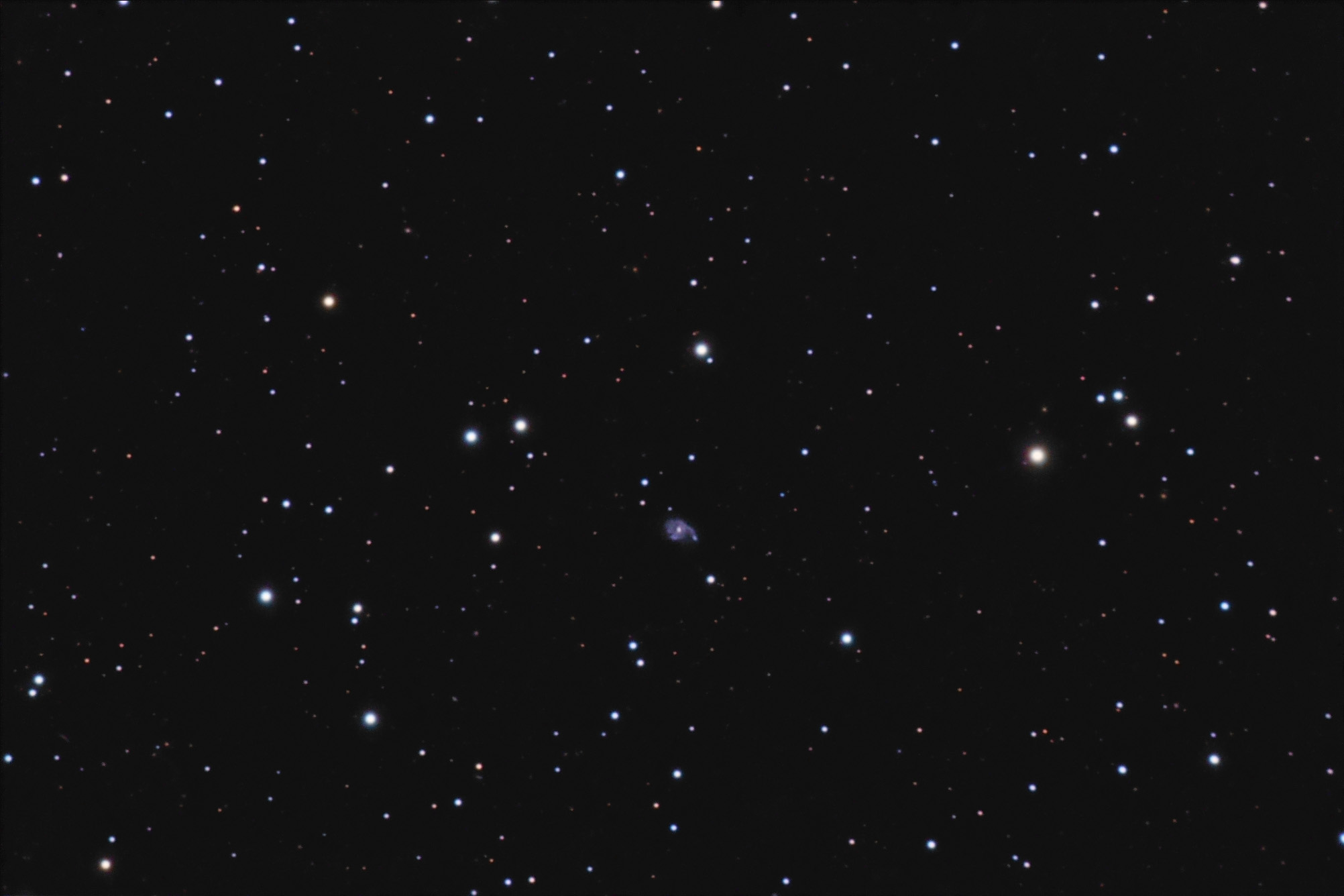