Arp 63/NGC 2924 is a multiple galaxy in northwestern Leo about 320 million light-years from us. Arp puts it in his category for spiral galaxies with small, high surface brightness companions on its arm. It appears to have two, one at each end. Arp was silent as to which he meant but most sources say it is the western one, PGC 27534. Problem is there\'s no redshift data on this one while the one at the eastern end, PGC 1990710 has a redshift that does match that of the spiral galaxy. But is its connection only an illusion due to our line of sight or is it real? Are both true companions? To my eye, both show distortions that could indicate they are both interacting with the main galaxy. Many sources list this as a triple galaxy. NED and Seligman classifies the spiral as SB(s)c pec? while the NGC Project says is is Sc/SBc. Only Seligman classifies PGC 1990710 saying it is SB? pec.

The galaxy was discovered by Johann Palisa on March 27, 1886. Somehow he missed the much brighter pair of galaxies that is Arp 129 just to the northeast. Since his position and description matches Arp 63 there\'s no question he meant Arp 63 rather than 129 as some sources claim. 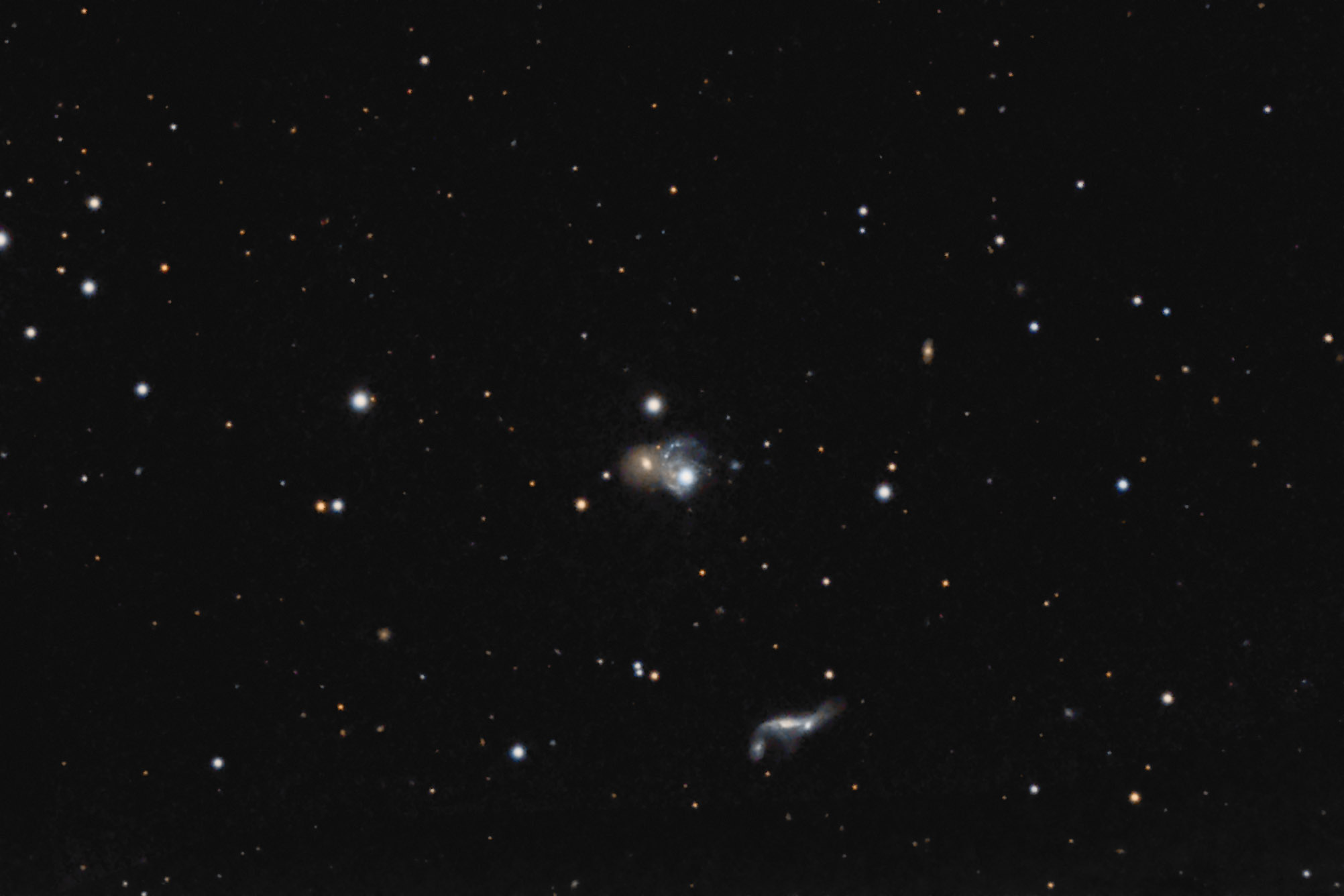 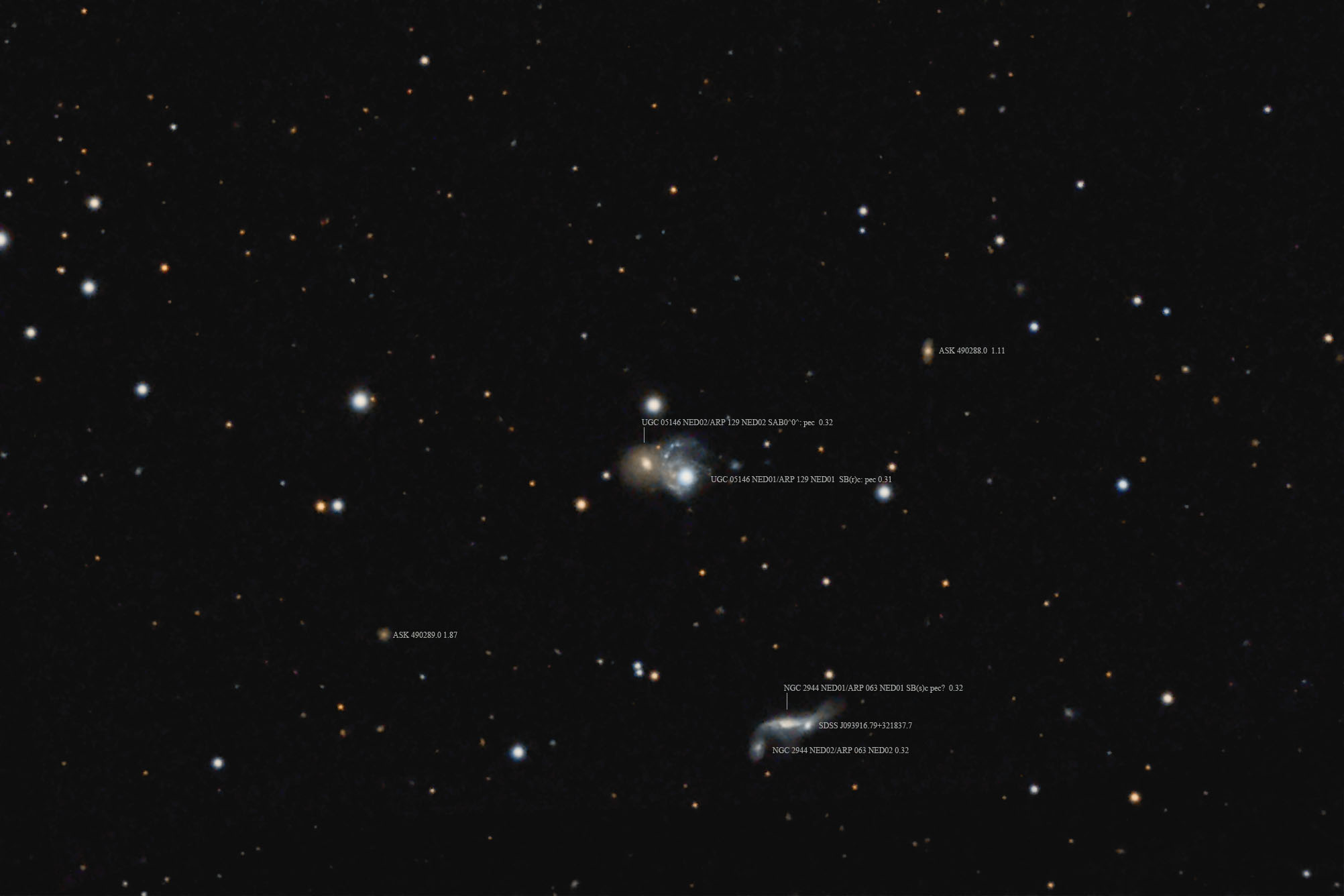