In Arp\'s class \"spiral galaxies with small high surface brightness companions on arms\"; \"faint material from arm to and around companion. Opposite arm faint, sweeps around east of galaxy\" (Arp)

NGC 5994 (small galaxy), 156 million light-years distant and classified S? and discovered by William Herschel on March 21, 1784 but isn\'t in either Herschel 400 program.
NGC 5996 Starburst galaxy SBc pec located 157 million light-years away and discovered by Bindon Stoney on March 9, 1851.
NED note says; \"The UV spectrum of this starburst (classified as such by Balzano 1983 on the basis of optical data) is similar to the one of the prototype NGC 7714. Here also Si IV and C IV show P Cygni profiles, a signature of Wolf-Rayet stars. A high far-infrared luminosity confirms the presence of vigorous star formation (Deutsch & Willner 1987). This activity is possibly triggered by the strong interaction with the companion NGC 5994 (Bushouse 1987).

Limiting magnitude of this image is about 24.5! See ID image for details. Most galaxies with redshift data are about over 3 billion light-years away. NED lists over 1700 galaxies within a 23 minute circle centered on my image (not Arp 72 which is a bit high as I wanted to catch the interacting pair at the very bottom. Since all but a very few are brighter than 24.7 and the field is 33 minutes wide, not 23, I probably caught more than 2500 galaxies in this image but you may have to blow up the image to see them all. Not bad for only 40 minutes of luminosity data! Math says 3038 so I\'m being conservative. The two galaxies marked with their distance are magnitude 20.2 and 20.6, left to right. This was a night of better than average seeing and transparency.

At the eastern edge, near the center are three rather bright galaxies. The western and northernmost is a double blue galaxy. It is listed in both the SDSS catalog and the MCG catalog. The can\'t seem to agree on its position nor its redshift. It is SDSS J154757.80+174921.5 with a redshift of 600 million light years or MCG +03-40-041 at 500 million light years. Take your pick! It could be that they are measuring the redshift of different galaxies in the pair. If they aren\'t really related this difference could be real. Further east and south is the apparently much larger yellowish elliptical galaxy known as CGCG 107-038 or ARK 485. The latter indicates it is an emission line object. Something you don\'t expect of an elliptical galaxy that should have used up all its gas long ago and thus not have strong emission lines. It may be bright and interesting but I couldn\'t find a redshift value for it. I was hoping notes at NED would help me but there was only one and it told me only what was obvious from my image; \"Elliptical red object with an envelope.\" Below it is another very blue spiral, SDSS J154802.94+174538.4 at 440 million light years. Above these three, nearly directly north of the mystery double blue galaxy is a reddish galaxy with what appears to be a very disturbed outer envelope. It is SDSS J154756.71+175216.1 at 1.2 billion light years. There are several nearly starlike galaxies around it, could one of them be responsible for so disturbing this galaxy.

There are hundreds of other galaxies I could mention, such as the tiny reddish but bright galaxy SE of the bright blue star below Arp 72. It is SDSS J154704.34+174833.0 at 1.3 billion light years yet shines at 18th magnitude. But I have to stop somewhere or write a book on this field so I\'ll stop with the comment that oddly, NED lists no quasars in this field. For going so deep I found that surprising. 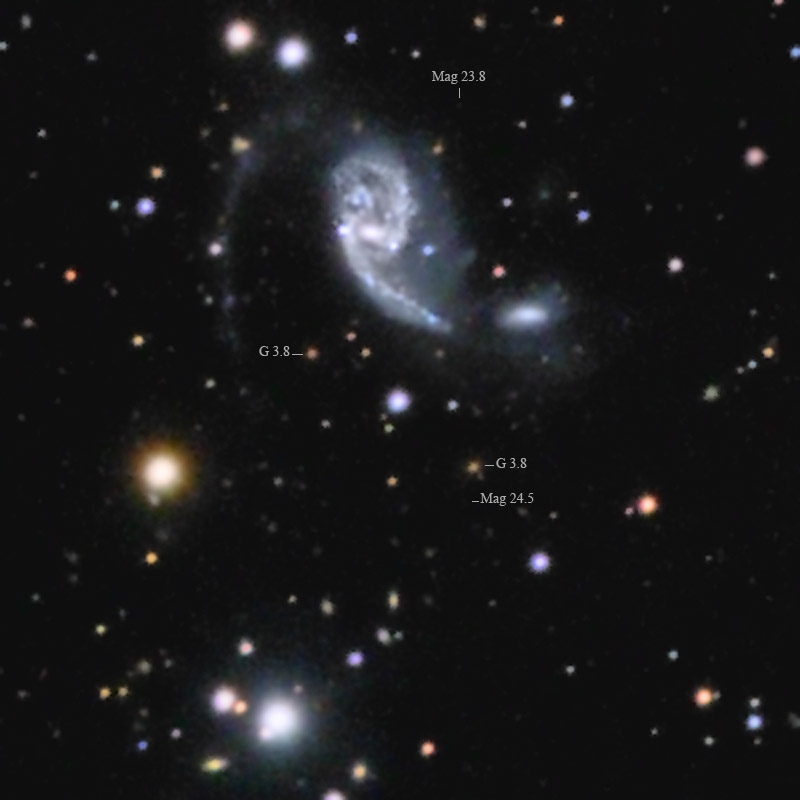 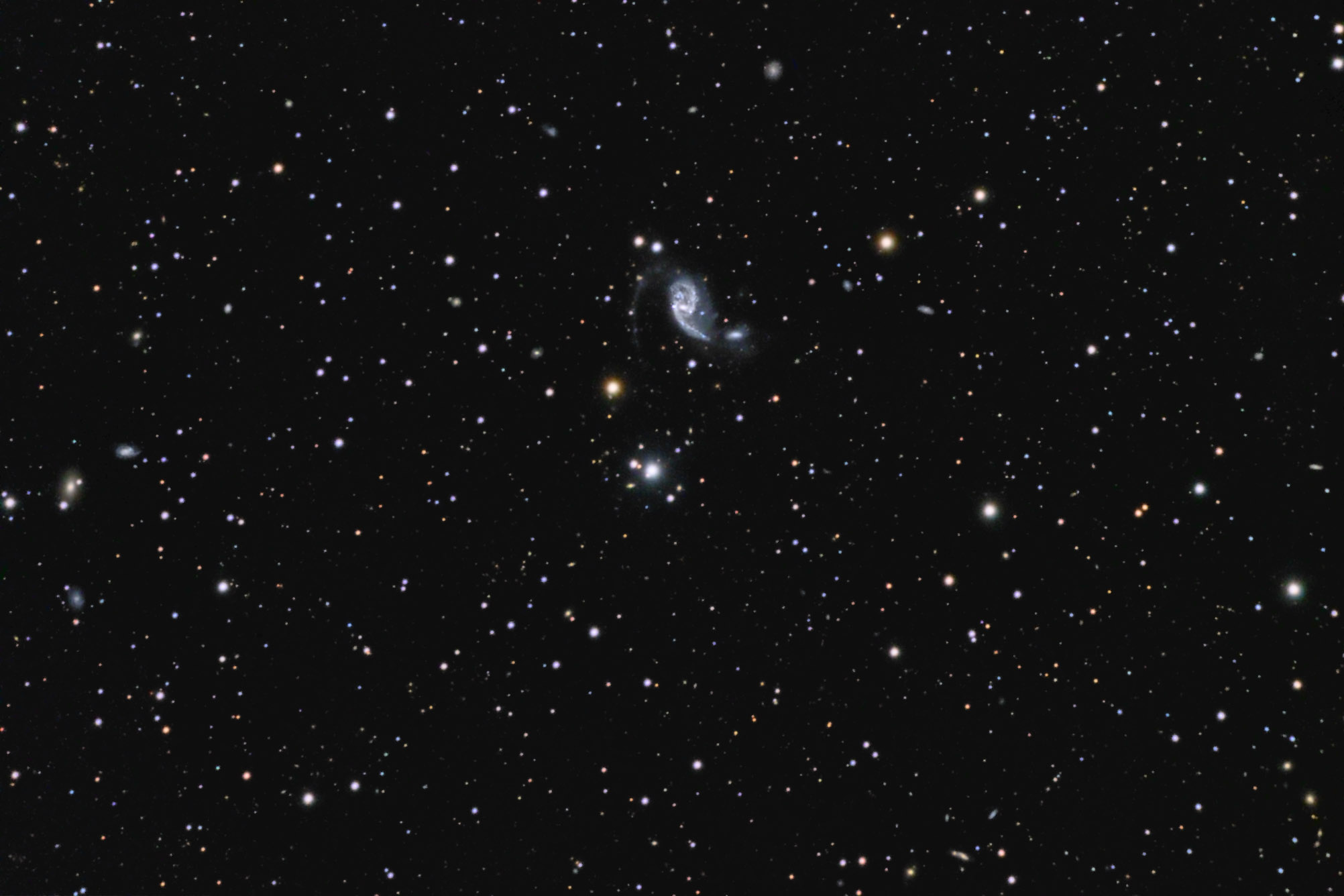