Arp 74/UGC 01626 is a pair of galaxies not far from Gamma Andromeda. Arp put it in his class for spirals with high surface brightness companions on their arm. Red-shift puts it about 240 thousands of light-years away. There is no redshift data that I could find for its companion Arp 074B. A note at NED reads: \"Companion 0.75, 169, 0.20 x 0.15, interaction. The arms appear to join close to the companion.\" This dates back to a 1973 paper. I don\'t see the interaction they mention. The fact the two arms happen to appear to meet near the position of the other galaxy seems immaterial as to decide if they are interacting or not. Arp 074B doesn\'t appear distorted. If interacting the smaller galaxy should show more distortion than the larger yet shows no sign of any distortion. There\'s no redshift data on the little galaxy to help me decide if they are related or not. For now, I\'m saying they aren\'t related.

Arp 74 is classed by NED as SAB(rs)c. While the arms are obviously very different they don\'t earn it a peculiar designation. Unequal arms are rather common in fact. No interaction appears necessary either for the shape nor the high star formation rate these often have. Arp 074 is classed as IrS. Arp\'s comment on this one reads: \"Broad, diffuse extension of arm leads to companion.\" Rather different from NED\'s note the arms appearing to join at the companion. Is Arp hinting that the arm leads to the other because they are related? I think he considered it a possibility that needed further investigation. That still hasn\'t happened it seems. Most likely Arp 74B is a distant background galaxy. The main galaxy appears to have little to no dust in its outer arms to dim a distant galaxy making it impossible to tell if it lies behind or not.

There is little on the rest of the field. There is a spiral at the bottom of my frame that seems as distorted as Arp 74 but didn\'t make his list. It is UGC 1615. It is classed as SB(s)dm: at NED. There\'s no distance estimate for it or any other galaxy in the field. 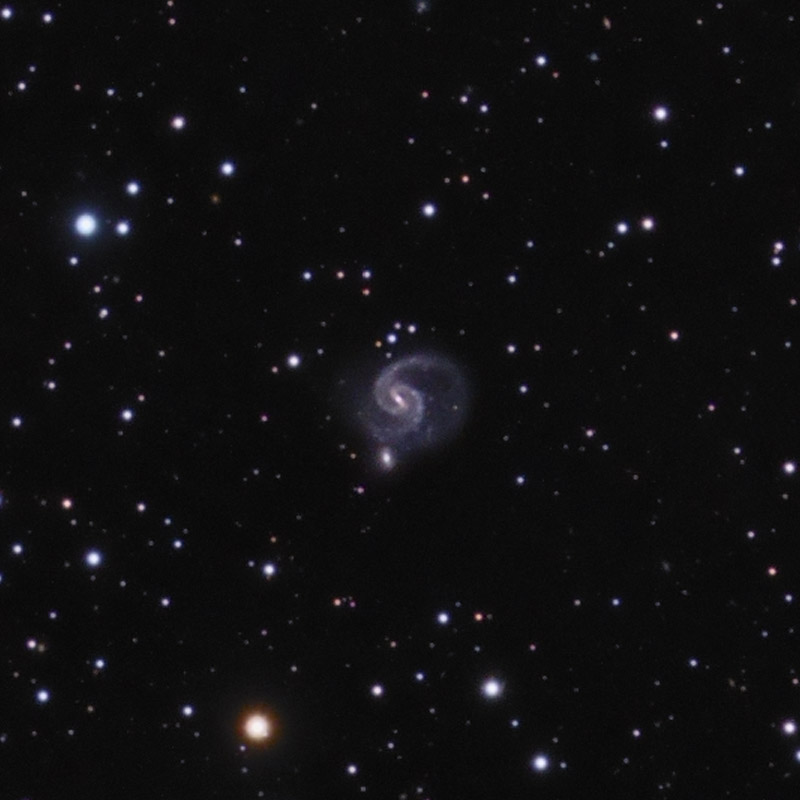 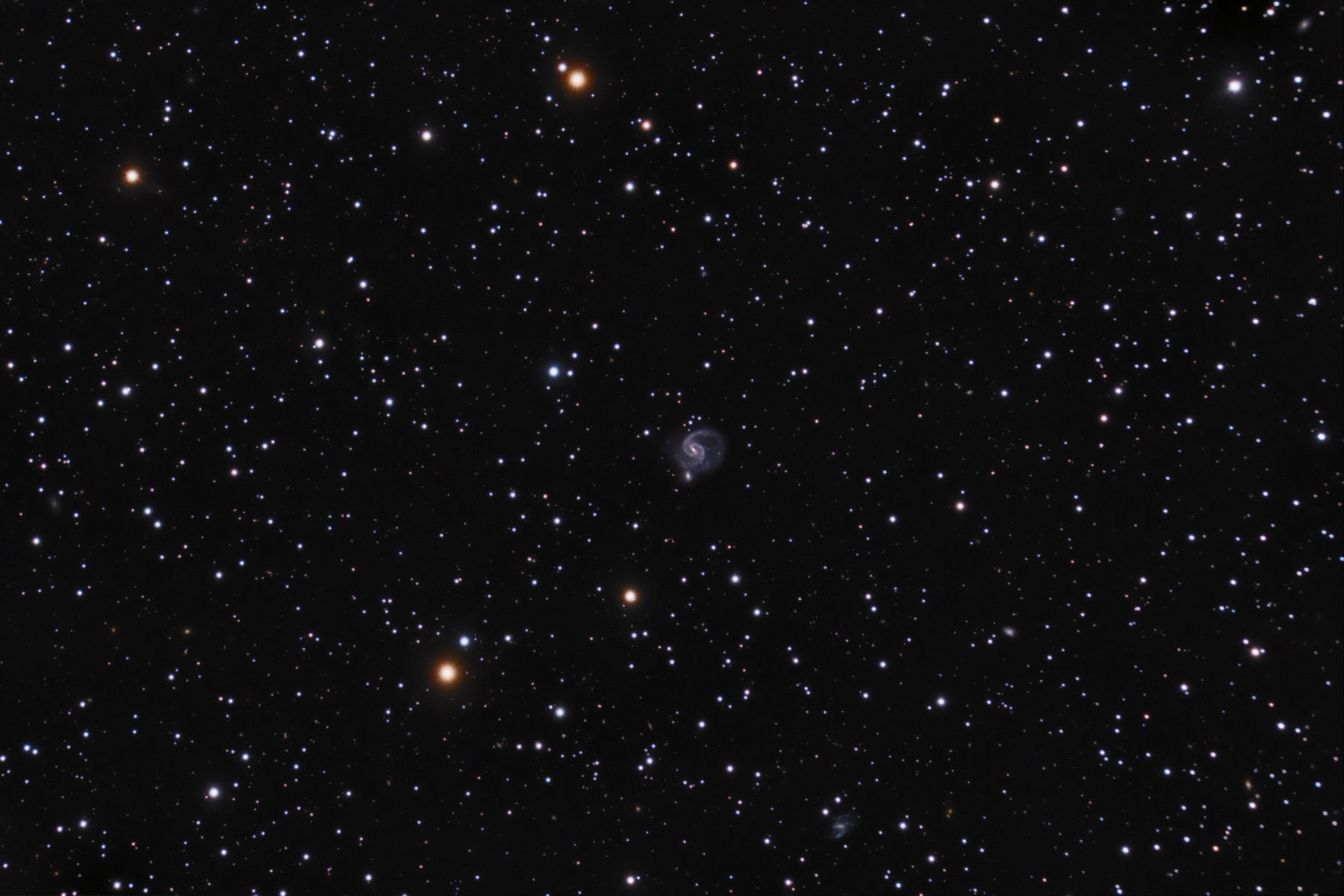