Arp 75/NGC 702 is possibly an interacting pair of galaxies in central Cetus about 465 million light-years distant. Arp put it in his category for spirals with high surface brightness companions on the arms. As to what constitutes his companion, I\'m not sure. At first, I thought he meant the very blue star cloud in the northern arm. But his comment reads: \"Very faint extension to companion.\" That would rule out the blue object. About all that is left is the galaxy to the left, one and a half minutes left. A small oval galaxy. The rather blue extension is really a huge faint plume that envelops a much larger area than the bright parts of the galaxy. It would seem just happenstance that this other galaxy is within this large faint disk. NED shows the blue star cloud-like object well within the brighter portions of the galactic tangle as having virtually the same redshift as the main galaxy. So it is likely related. No redshift data is available for the one at the eastern edge of the faint star plume, APMUKS(BJ) B014853.58-041809.1. It likely lies far beyond or is a dwarf much closer. All speculation without redshift data. It appears this is an interacting system, just not the one Arp describes. The other galaxy may be the blue object or maybe the double core some sources mention. Maybe it\'s a triple system. It does seem to have an odd dark lane to the west (right) of the brightest core region and another parallel dust lane on the opposite side of the double core that is somewhat further from the core. The other \"major\" galaxy near Arp 75 is APMUKS(BJ) B014836.83-041711.8 to the west. Again, no redshift data but I doubt it is related.

A note to the MCG catalog entry a few years prior to Arp\'s Atlas describes this one rather colorfully as: \"Remarkable interaction. The form is similar to the lower part of the body of a bending man, who has a sword between his legs (an elongated galaxy E). To the south is a short spiral arm.\" A note at NED from a year later says: \"Bright complex lens with double nucleus. Faint outer whorls or (R): 1.75 arcmin x 1.55 arcmin. Probably an interacting system.\" NED and the NGC project classify it as SB(s)bc Pec.

The double core is very obvious in my image though burned in in Arp\'s image. There appears to be a third orange something above the two cores. Is it just a field star? A star knot? I have no idea. NGC 702 was discovered by William Herschel on September 20, 1784 but isn\'t in either Herschel 400 program.

There\'s not much data on the rest of the field. Only three other galaxies have redshift data. They are all above Arp 75. Right to left they are the flying saucer-like edge on with dust lane, MCG -01-05-040 at 233 million light-years; the small disk galaxy to its upper left, LEDA 144362 at 548 million light-years and LEDA 144374 further left, a bit left of center-line and just below an orange-white double star, is 623 million light-years away. Only MCG -01-05-040 has a classification. It is listed as SB(r)0+ Pec? I don\'t know what feature gives it the peculiar tag. 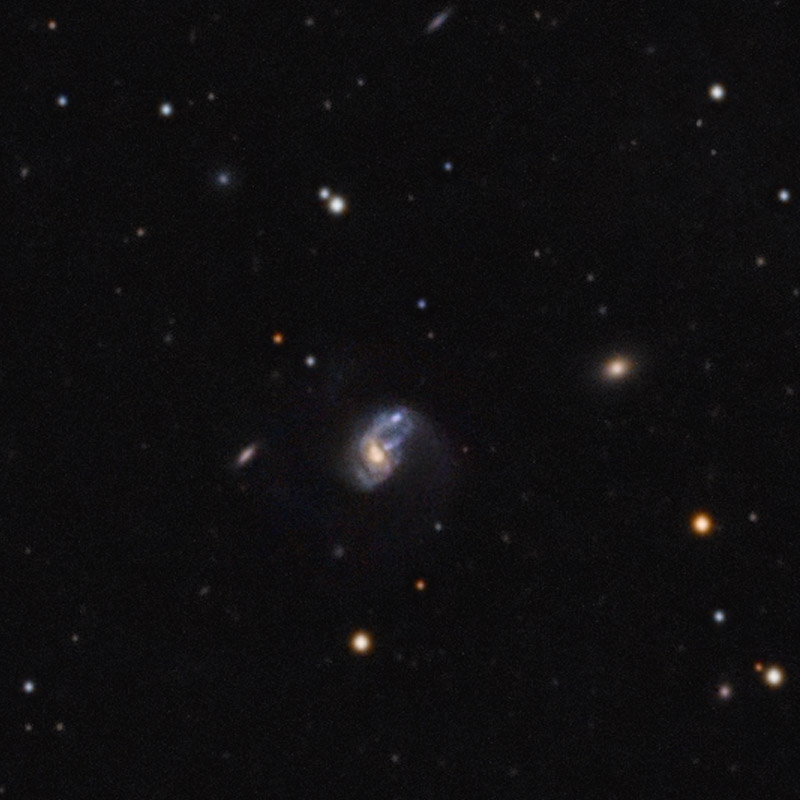 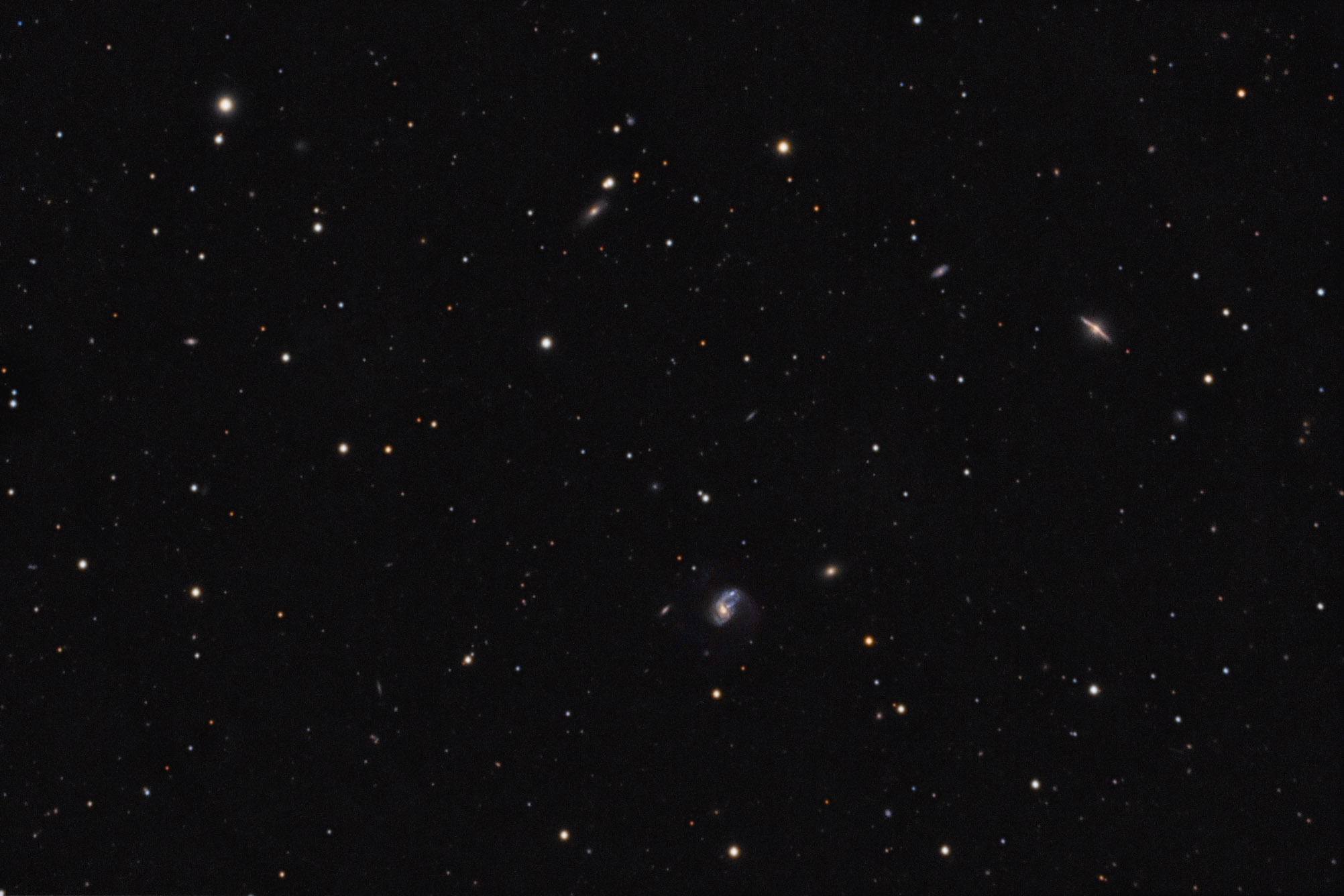