Arp 85 is better known as M51, the Whirlpool Galaxy. It is probably the easiest to see as a spiral in an amateur size telescope. Arp put it in his category for Spirals with large, high surface brightness companions. This time the companion is really a companion and they are interacting. Being well studied we know that the larger galaxy, NGC 5194 has passed slightly in front of the smaller, NGC 5195. The interaction has drawn out an arm from NGC 5194 whose dust lanes are seen against NGC 5495 making this smaller galaxy look even stranger than it really is and giving it a red color due to being seen through the dust. NED classifies NGC 5194 as SA(s)bc pec; HII Sy2.5. Seligman agrees though ads a question mark. The NGC project says more simply Sc. NED classifies NGC 5195 as SB01 pec as does Seligman. The NGC Project, however, says SB0-a. Red-shift puts the pair about 30 million light-years distant. NGC 5194 was first seen by Charles Messier on October 13, 1773. The companion wasn\'t seen as a separate galaxy until March 21, 1781 when Messier\'s friend Pierre Méchain recorded it.

I took this image 5 days after supernova 2011dh was discovered. The delay was due to lousy weather. Even then clouds prevented but one 10 minute round of color data rather than my normal 2. I did add in H alpha data from a previous image to help bring out the HII regions in the system. The SN was still brightening as a type IIP SN when I imaged it. I got a magnitude of 14.4 and the following night through clouds I measured it at 14.0. Clouds returned until it had faded below this level. The P indicates it is a plateau type SN that after a short fall, levels off for a bit before continuing to fade. Thanks to clouds I missed that phase.

There are two IC galaxies in the image, IC 4277 and 4278. I have no distance data for IC 4277 unfortunately. Seligman says S?? It looked flat enough to be in one of the flat galaxy catalogs but I didn\'t find it in any of them. IC 4278 is a strange galaxy some have said is either a double nucleus or interacting pair. The Sloan survey image, however, shows the two blue blobs to be connected by a slightly red bar pretty much ruling out either of these ideas. Seligman classifies it as Ir??. I\'d add a B for the bar. Both were discovered by James Edward Keeler on May 10, 1899. He was using the Crossley reflector at Lick Observatory to image M51 and picked up 7 IC galaxies, including these two in the image. Another he found that night is IC 4282. Seligman classifies it as dE??. Keeler was director of the observatory at the time. He died the following year at the age of 42. His ashes are interred in a crypt at the base of the 31 inch Keeler Memorial telescope at Allegheny Observatory.

The annotated image has information on other galaxies in the field. 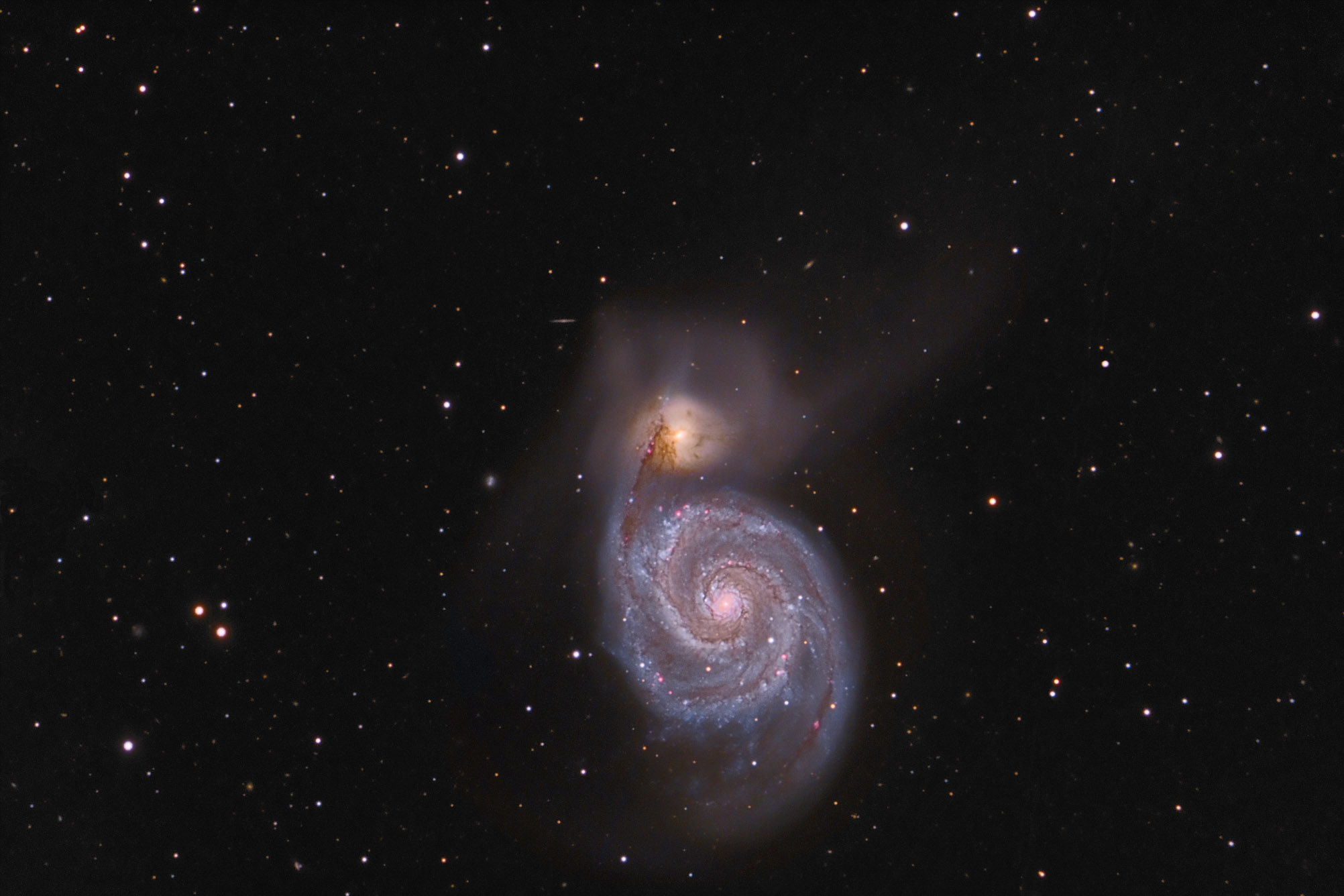 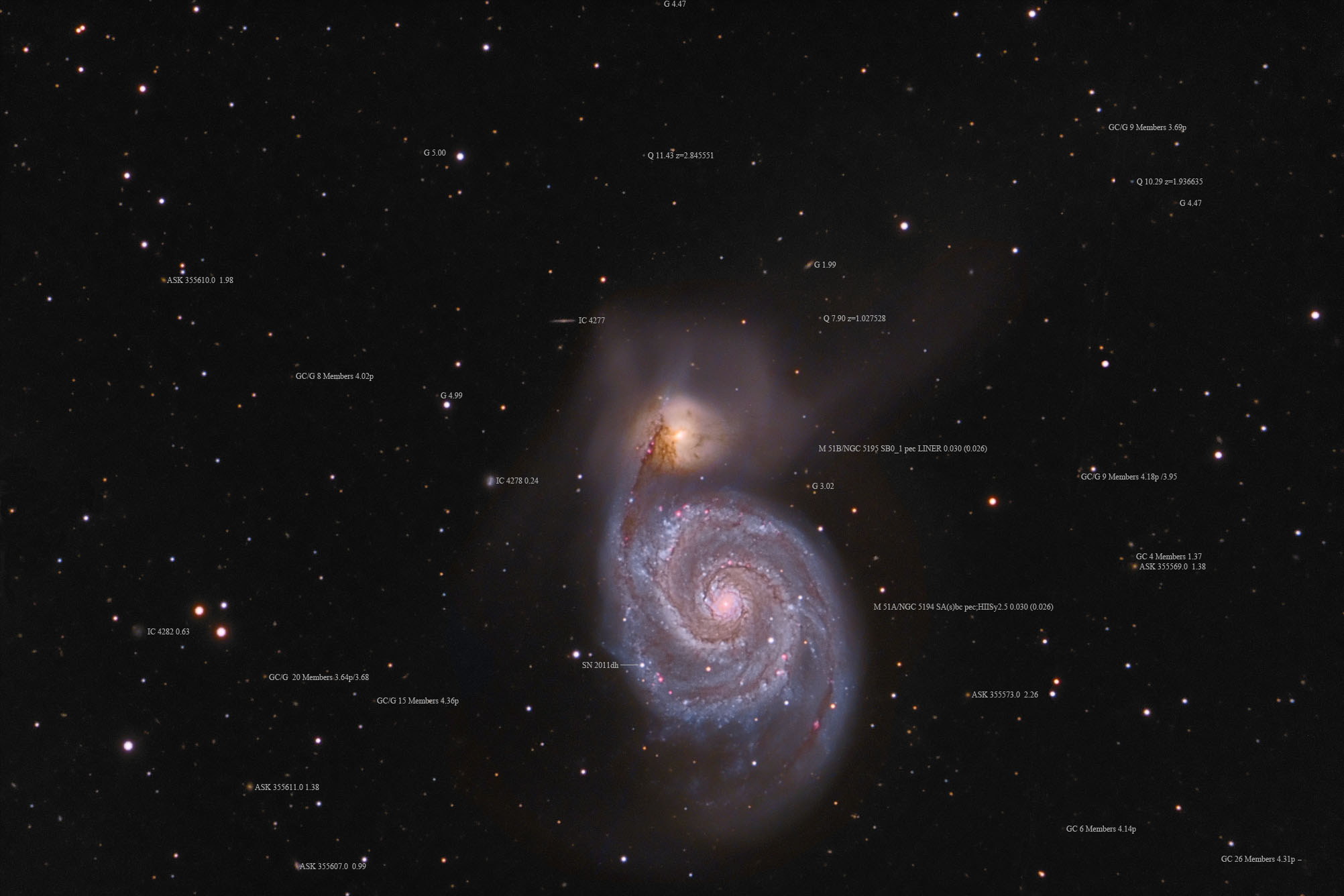