Arp 89 also known as NGC 2648 and KPG 168, is classed by Arp under spiral galaxy with large, high surface brightness companion. The main galaxy is also cataloged as NGC 2648 with the companion being CGCG 060-036/PGC 24469. The KPG designation though is for both and stand for \"Karachentsev Isolated Pairs of Galaxies Catalogue\". These two sure are isolated. Nothing but faint distant galaxies with little available data are in my 1\" per pixel image. The main galaxy is classed as a Sb spiral by NED but the NGC Project and Seligman say Sa. Usually you\'d see such a galaxy as having rather blue arms. In this case it is rather uniformly the reddish yellow color of most S0 galaxies. One paper even remarked on its completely flat color profile. Until I read that I was wondering about my processing, I just couldn\'t eke out any blue in the arms no matter what I did. NGC 2648 was discovered by William Herschel on March 19, 1784 but isn\'t in either Herschel 400 observing program.

The companion, classed as Sc by NED and S? pec by Seligman, however, looks like a typical interacting spiral with nice vivid blue arms indicating new star formation is going on there. It also shows some tidal distortion with blue stars ripped from its arms. The main galaxy seems totally immune to the interaction with no new stars and no distortions. Odd. Both are about 107 million light-years away so are likely really interacting. They are found in the constellation of Lynx.

Arp\'s photo of this pair with the 200\" telescope is at:
http://ned.ipac.caltech.edu/level5/Arp/Figures/big_arp89.jpeg 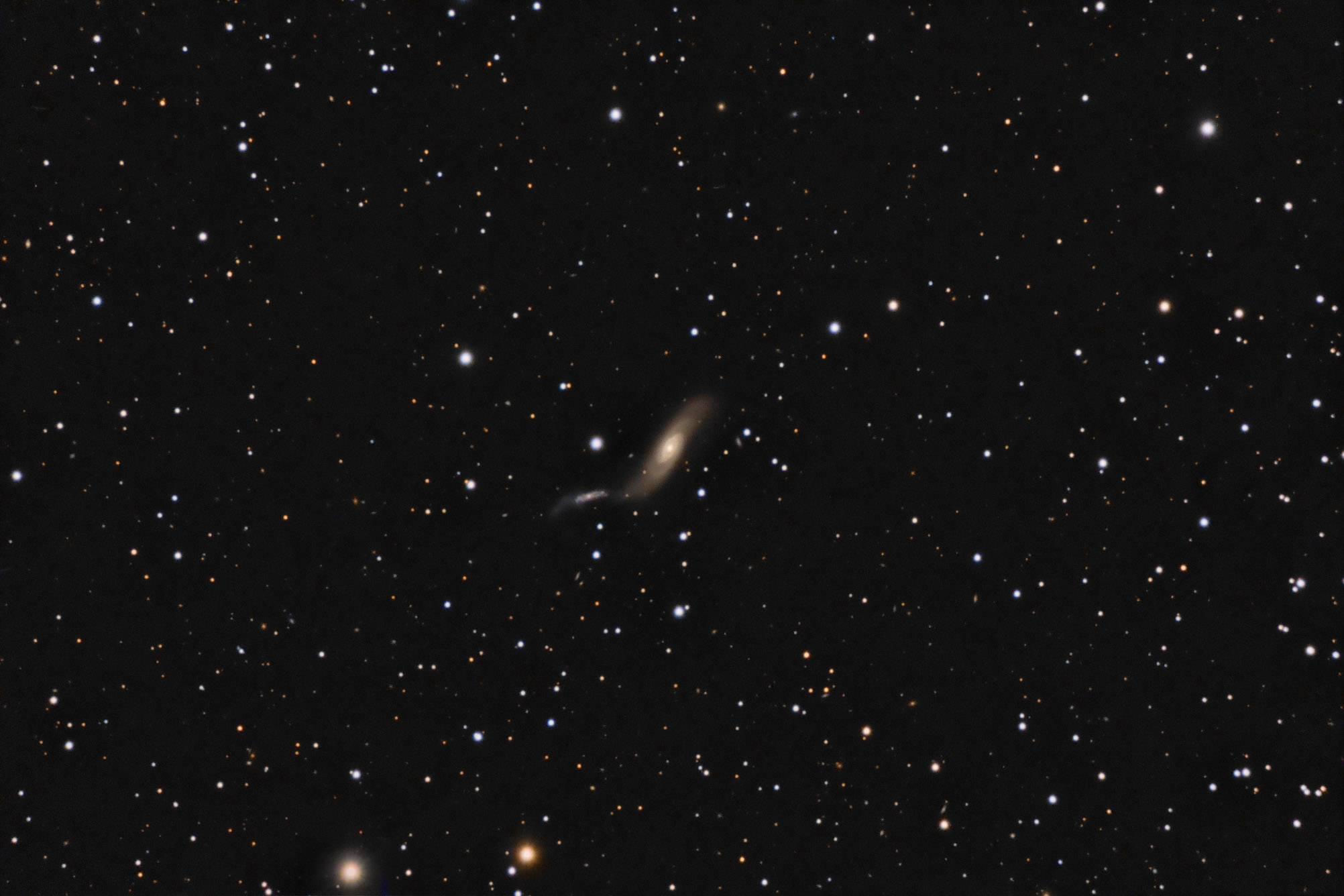