Arp 99 is in Arp\'s class \"spiral galaxies with E galaxy companions on arms\". His catalog entry has this rather odd comment considering his classification of it; \"Connection not seen, but note difference in arms toward and away from E(lliptical) galaxy. Note also material between preceding spiral and E(lliptical) galaxy.\" He couldn\'t see any connecting arm yet it is classed as if such a connection was there. Arp is part of the 5 galaxy Hickson Compact Galaxy Group HCG 93.

Arp 99 is a double or triple galaxy group consisting of NGC 7547 on the right (Seligman says it isn\'t part of Arp 99 but most other sources say it is and Arp offset the two to include the third so I\'m going with 3), NGC 7549 the unequal arm spiral at the top and NGC 7550 the highly torn apart elliptical like galaxy below it. The system is about 200+ million light-years away. Redshift puts them at 200, 200 and 210 million light-years distant respectively. That would seem to put the distorted elliptical well behind the other two. It\'s more likely that it\'s really at about the same distance but their relative motions create the differences.

There appears to be a fourth member of the group, NGC 7558, down and left of NGC 7550, but it is nearly 400 million light years distant so not involved. It is a nice face on Sa spiral in any case. Well, that\'s what NED says. The NGC Project says E-S0. NGC 7547 (R\')SAB(s)0/a: pec at NED or more simply SBa pec by the NGC project. I prefer this latter classification. NGC 7579 is classed by NED as SB(s)cd pec with an Active Galactic Nuclei (AGN) type not specified. NGC project calls it SBc pec. I prefer NED on this one. NGC 7550. NED classes NGC 7550 as S0- with an AGN while the NGC Project says E-S0. I\'d think it rated a pec designation as well. The last NGC galaxy in the field is NGC 7553 due east of NGC 7549. It is classed by NED and the NGC Project as S0. Finally, they agree!

This field is outside the SDSS area so few galaxies have data on them at NED. So there\'s little data available. What little there is I\'ve included in an annotated image. Two galaxies that had no distance data are listed as well. Normally I list galaxies that are identified only by position with just a G as the positional names really can clutter an image. This one had so little to work with that wasn\'t necessary. 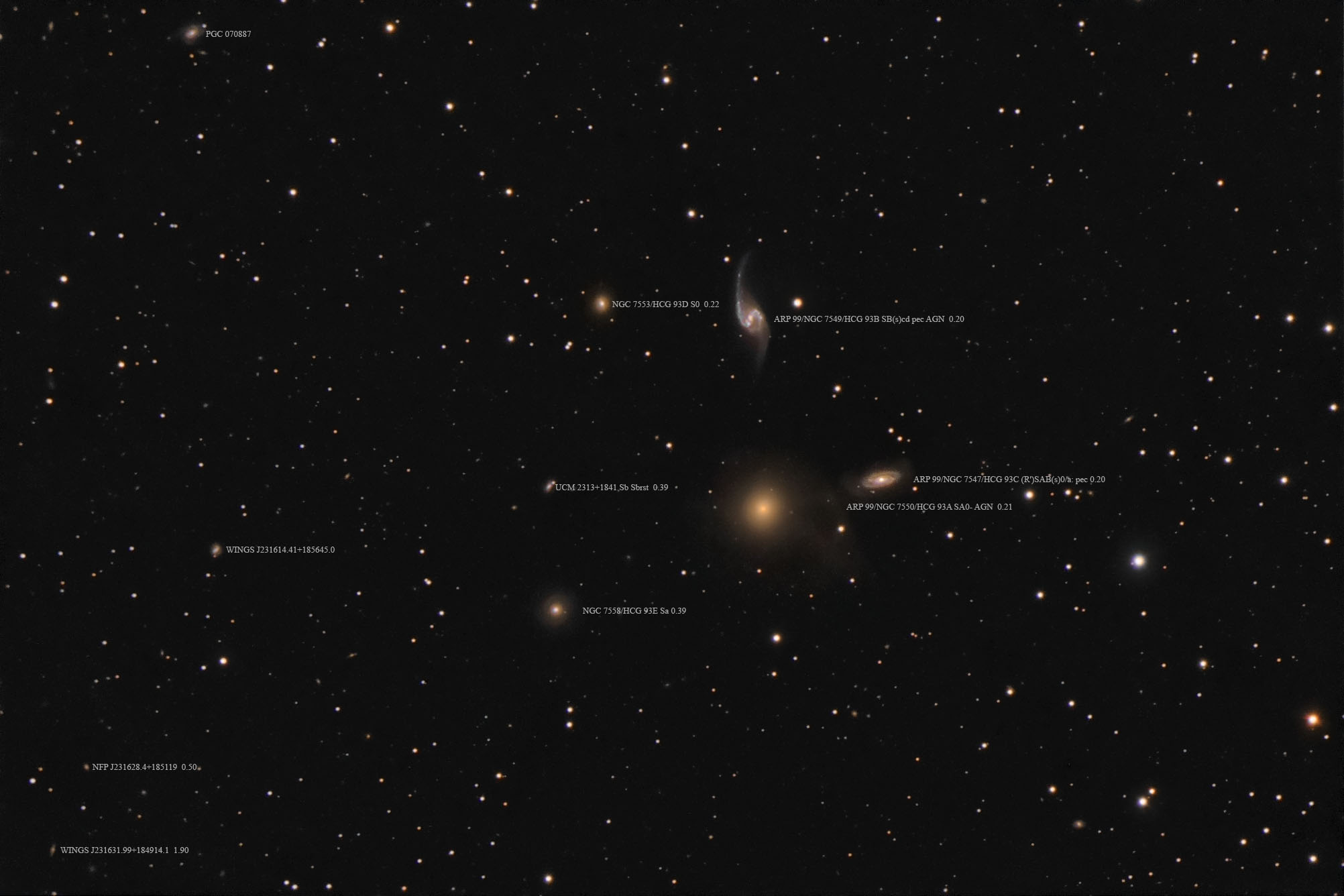 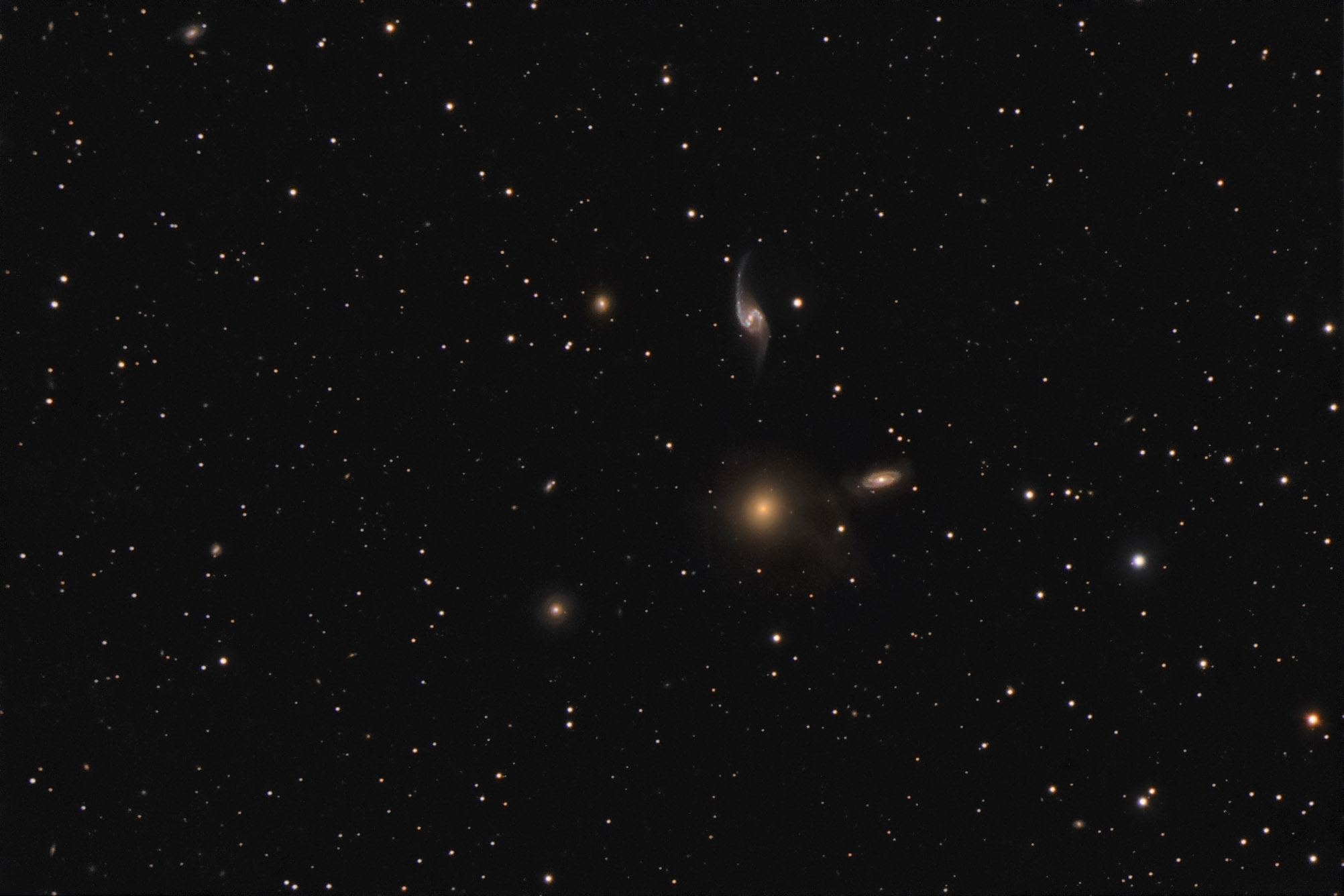 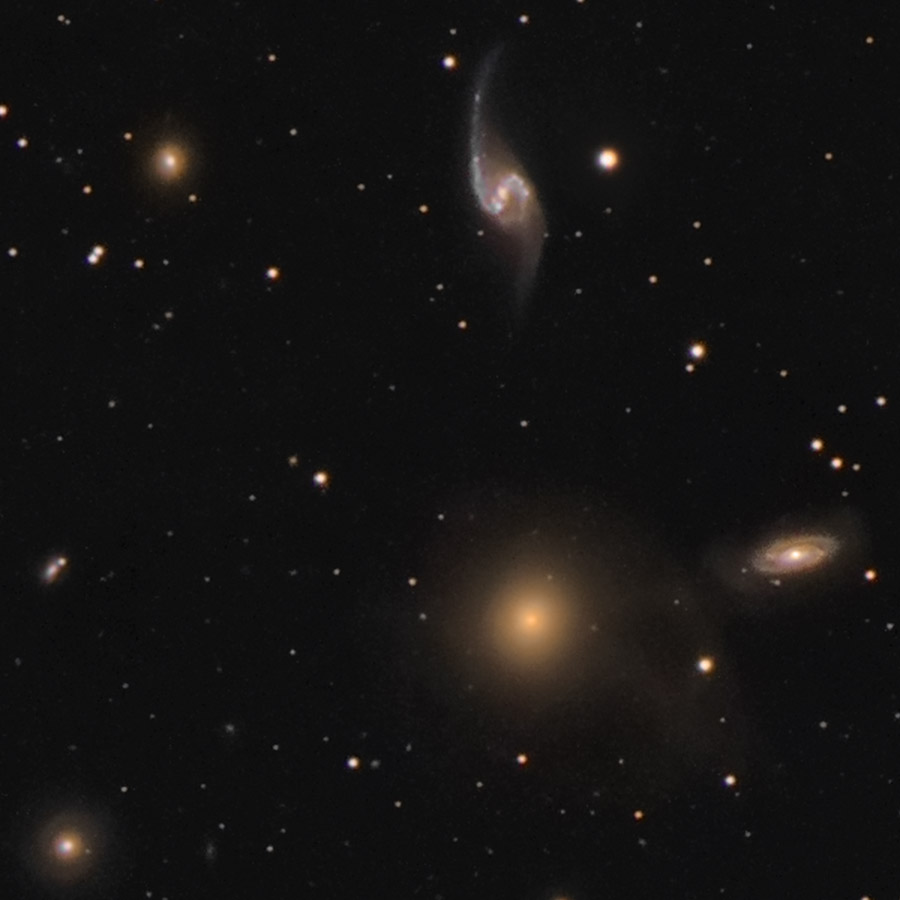