Arp 100 is a pair of interacting galaxies, IC 18 and IC 19. Arp classified the pair under \"spiral with elliptical galaxy companion\". IC 18 is the interesting one. Probably an Sb galaxy before it had the misfortune of meeting up with IC 19 or some other galaxy. The passage drew out two tidal arms. IC 19 is a typical elliptical with sufficient mass and density that it was little distorted by the passage. It is the galaxy south and a bit east of IC 18. The pair is about 260 to 290 million light years from us. IC 18 without its tidal arms is only about 35 million light-years across, a small spiral galaxy. With its tidal arms, it is at least 220,000 light years across!

Between the two but far more distant is APMUKS(BJ) B002603.91-115232.3. I can find no distance data on it. That is the case with almost all the other galaxies in this image. The only one I could find anything on was LEDA 1719. This is the bright elliptical nearly directly west (right) of IC 18 and just above a bright star. It shows a red shift light travel distance of 275 million light years. So may be related to the two galaxies known as Arp 100. If you look closely you\'ll see many of the \"stars\" in this image are fuzzy and thus really very distant galaxies, nearly all uncatalogued. 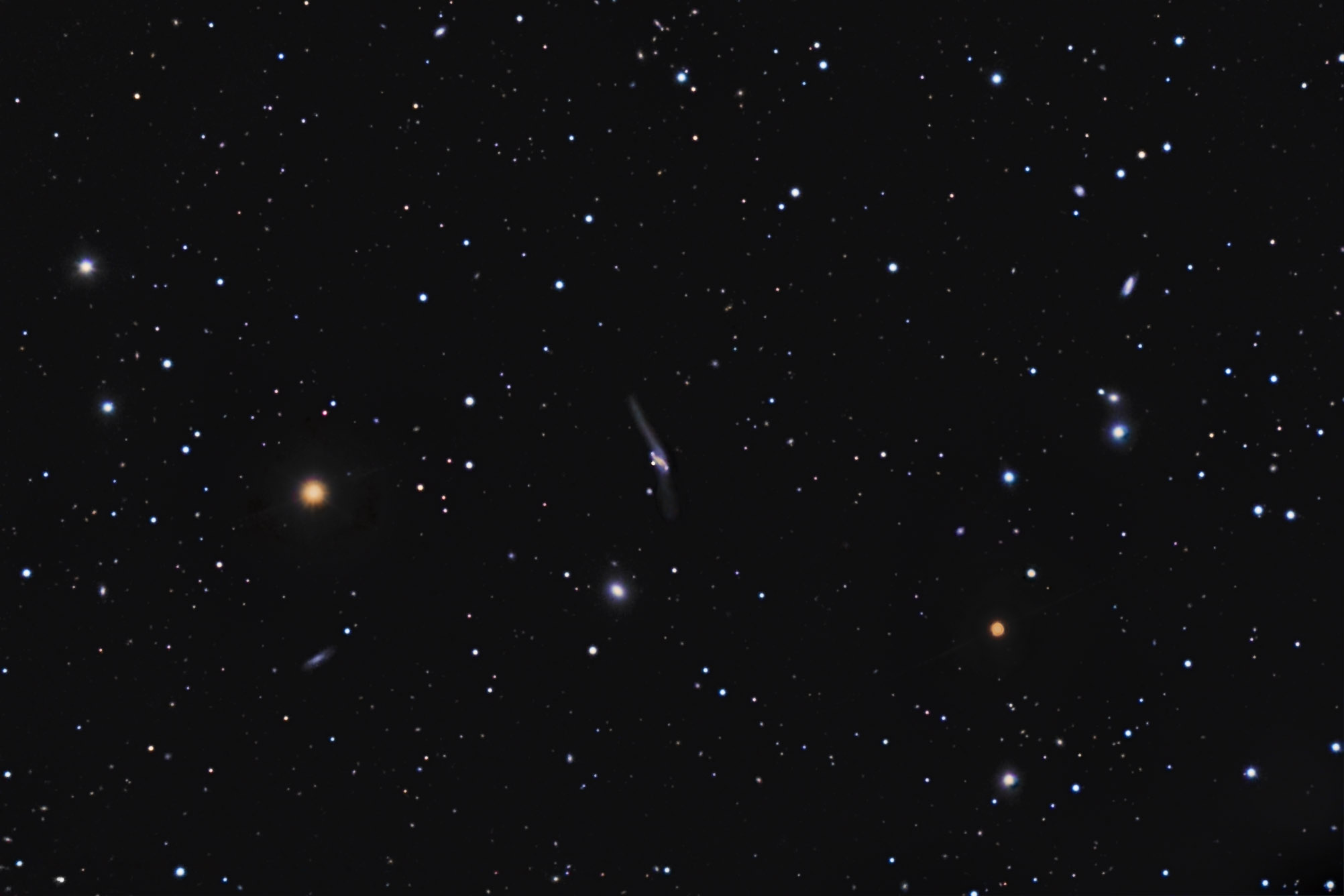 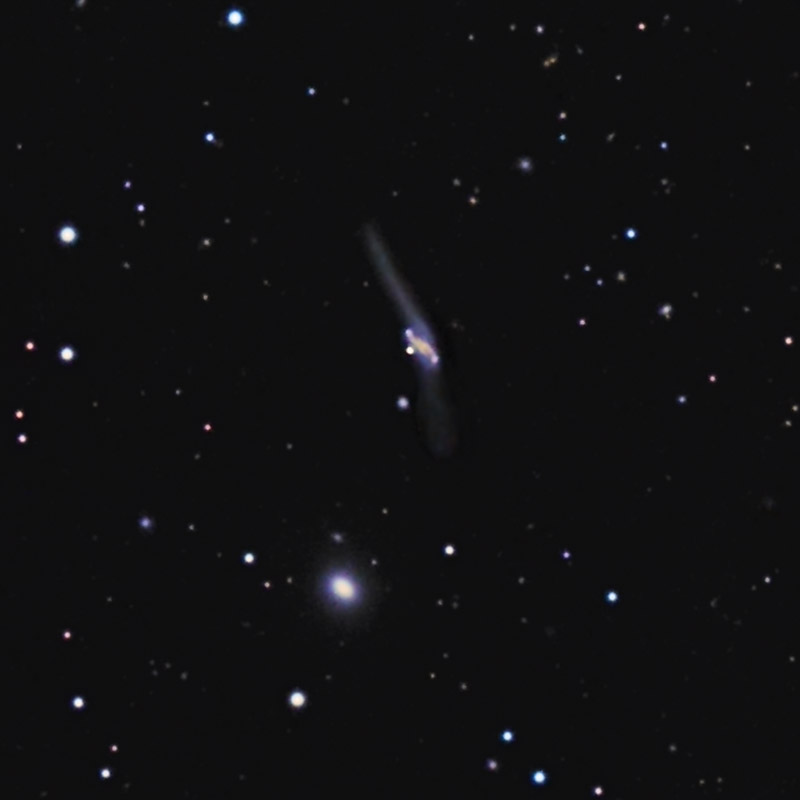