Arp 106 is an interacting pair of galaxies in Coma Berenices about 315 million light-years away. Arp put it in his category of elliptical and elliptical-like galaxies connected to spirals. He made no comment on this entry.

The two galaxies are known as NGC 4211. While some catalogs give only one number to both a few do have separate numbers. MGC +5-29-042 is the northern member and MGC +5-29-043 is the southern to give one example. NED classes both as S0/a pec. I would say the southern one is likely S0 but the upper appears to be a distorted Sa or possibly Sb spiral to me. In any case, both have been severely disrupted by their interaction. They have somewhat different redshifts. I don\'t know if that will be enough to prevent them from merging in the future or not. I rather suspect they will merge eventually becoming an elliptical galaxy. Note that there appears to be a faint plume east of the southern well-defined plume. I see hints of it in the Sloan image as well. NGC 4211 was discovered by Édouard Stephan on April 30, 1881. I don\'t know if he saw the companion or not. I suspect he didn\'t.

Toward the southwest (lower right) corner is an object that NED shows as being a quasar in some catalogs, an IR source only in the 2MASX catalog, a star in the Sloan survey and a galaxy at a slightly different position (0.1\" different in declination). NED shows two redshifts, one is z=0.692000, the other is z = 4.88922! Now that\'s a discrepancy. The distance I used on the annotated image is based on the lower z value which puts it 6.3 billion light-years away. The other value would put it over 12.4 billion light years which would mean it is brighter than any quasar I ever heard of. The lower value is even surprising considering its magnitude of 17.8. 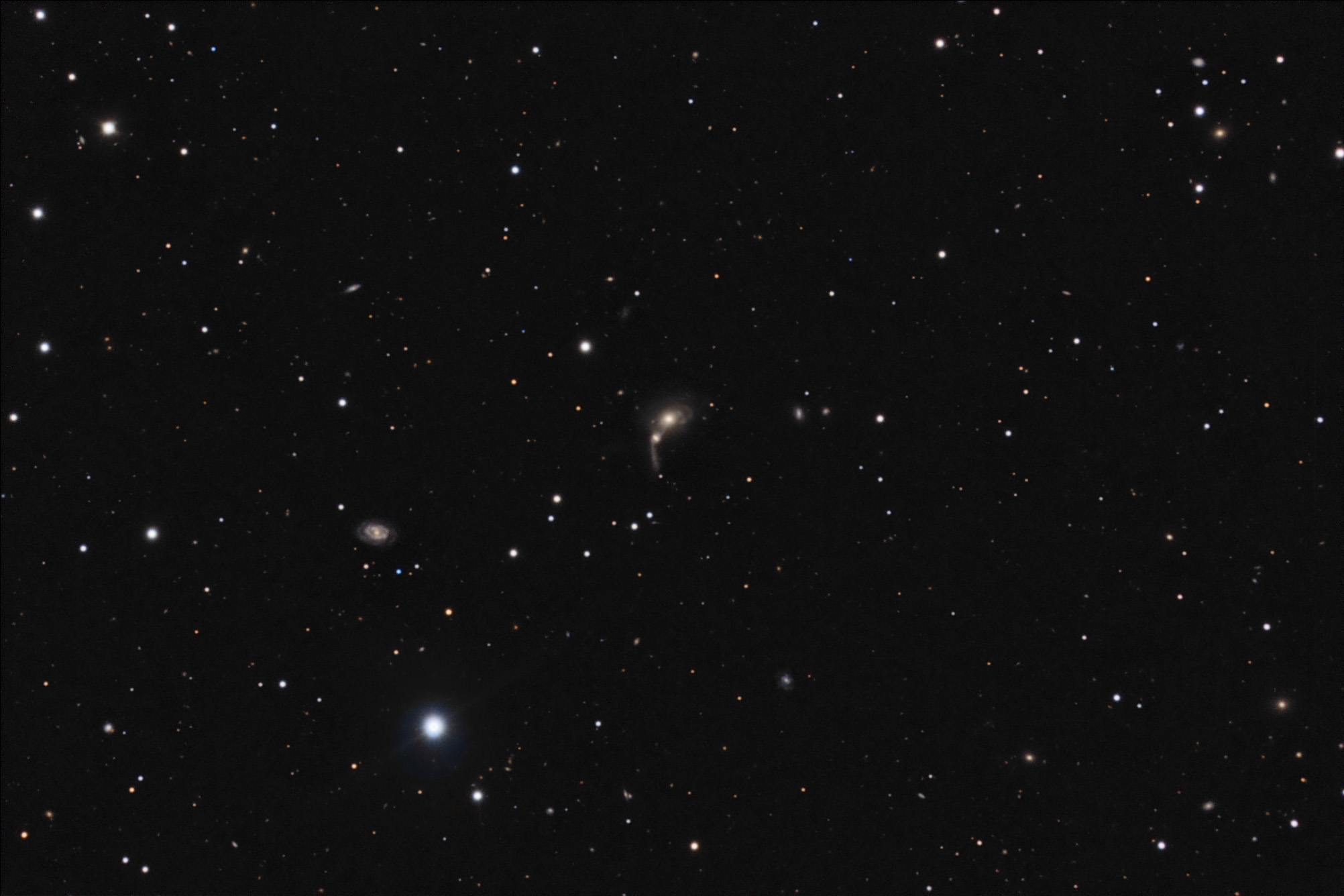 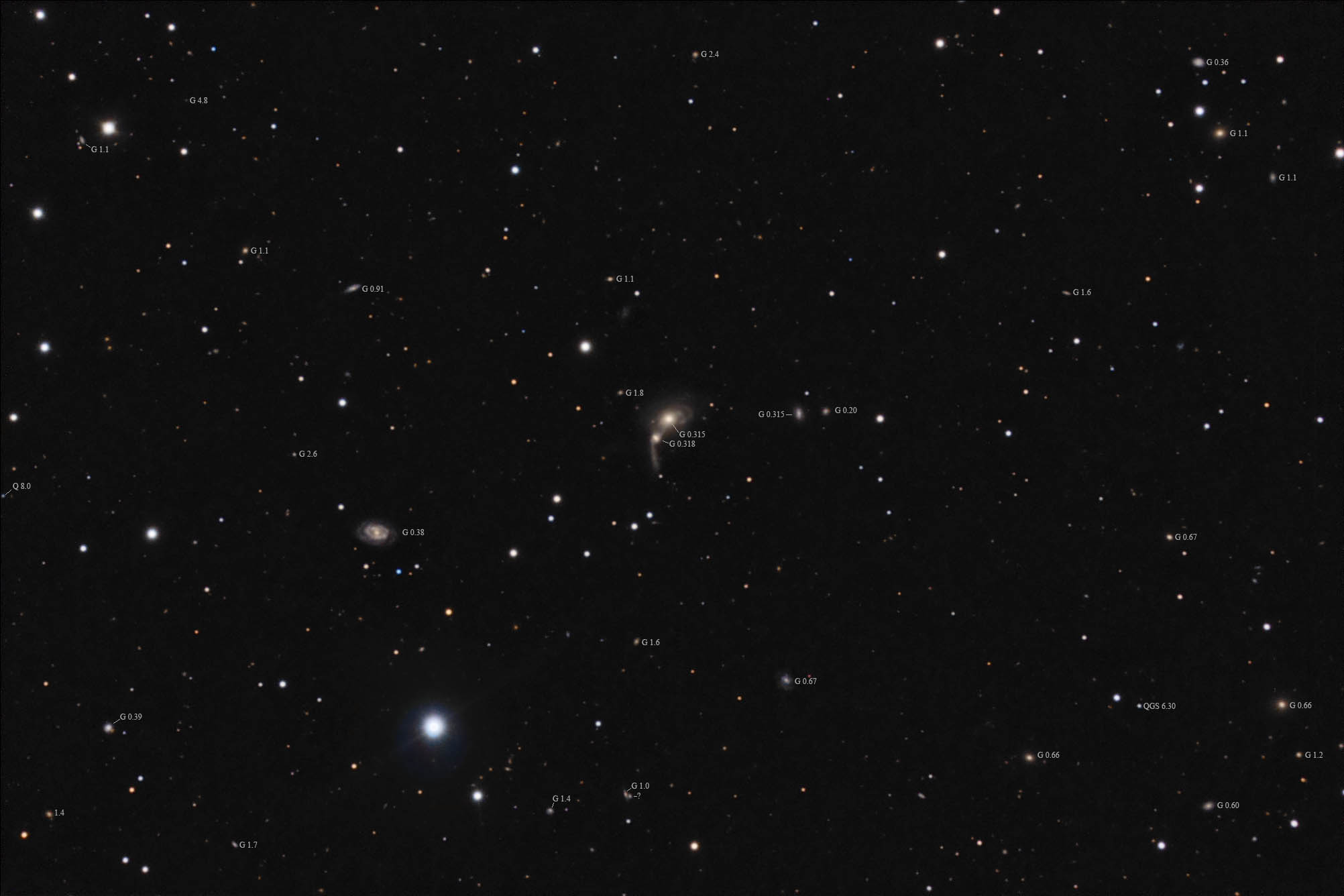