ARP 122 falls in his category for elliptical and elliptical-like galaxies close to and perturbing spirals. The spiral, in this case, is NGC 6040 and the elliptical NGC 6040B. Oddly Arp\'s paper incorrectly calls Arp 122 NGC 6039. Everyone classifies NGC 6040 as SAB(s)c. Arp\'s comment on this one only reads: \"E galaxy warping spiral.\" Certainly, it is warped. Quite likely, in this case, they are interacting but it could be it was warped by something else as this is a dense cluster with many interactions over its lifetime. It was discovered by Édouard Stephan on June 27, 1870.

This data was taken September 13, 2007. I didn\'t have the tools to do it justice back then. I need to reshoot this one. It also contains ARP 71, Arp 172 and Arp 272. Details are in the annotated image. The annotated image shows details on many other galaxies in the cluster and beyond it. 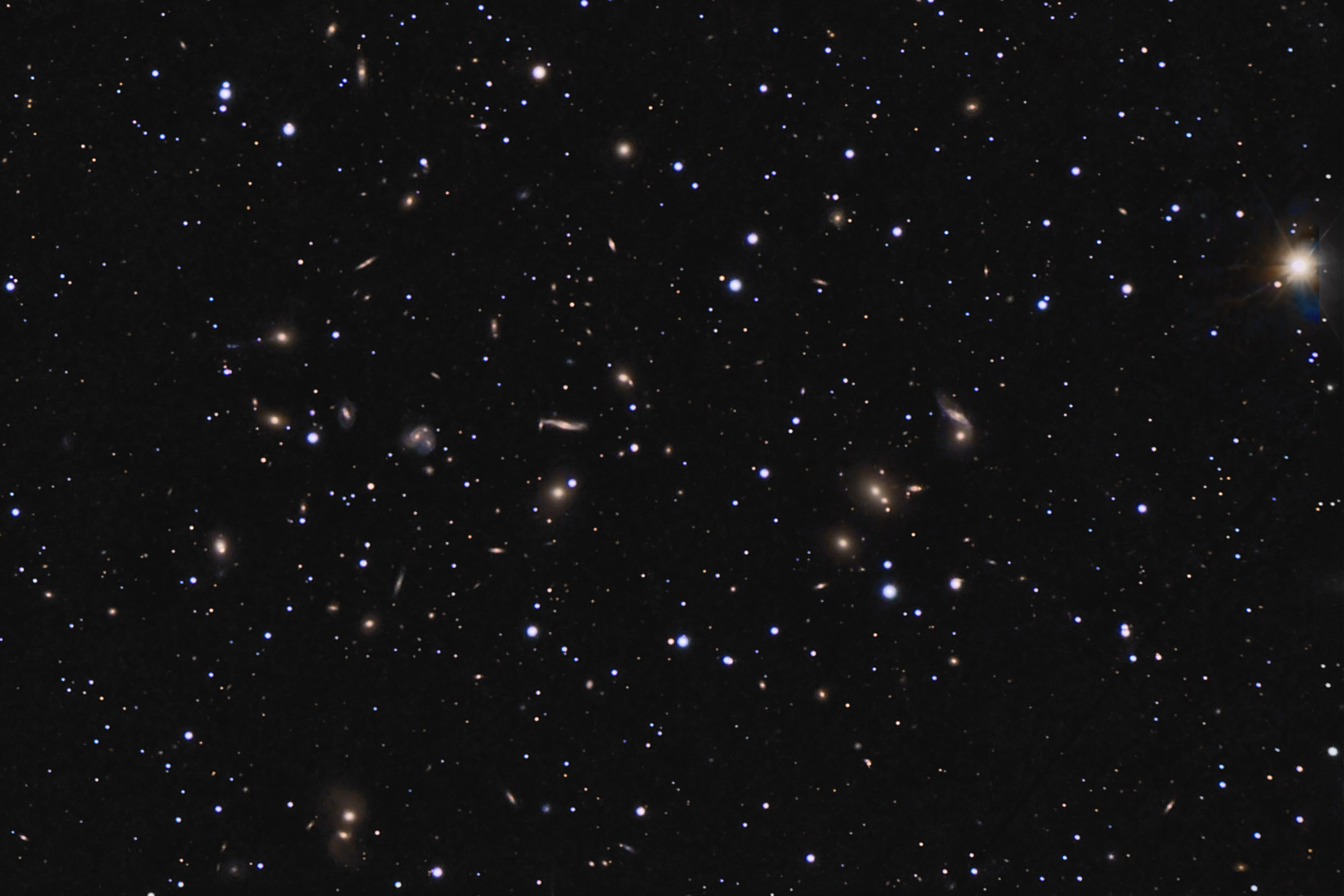 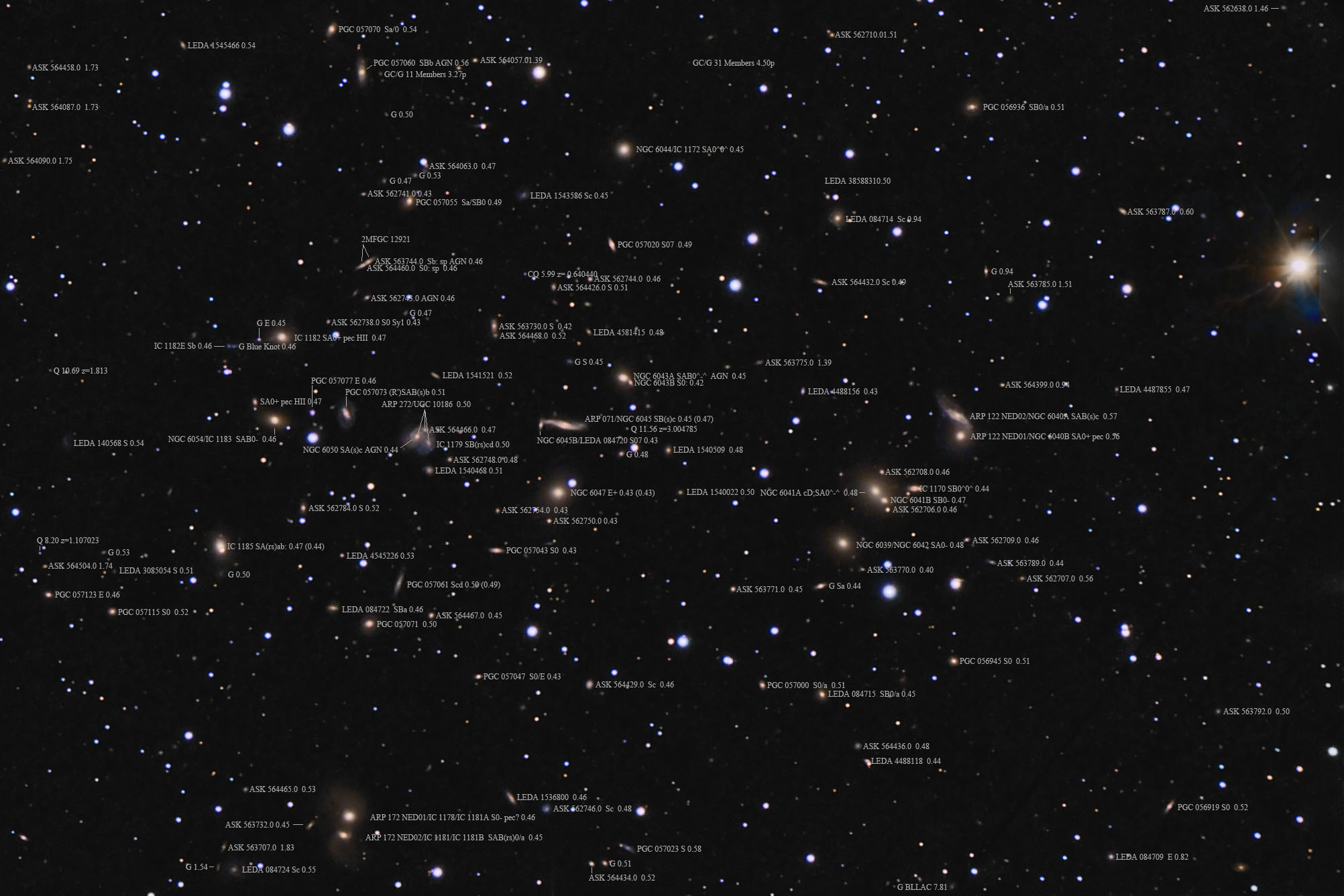