Arp 128/UGC827 is a pair of galaxies in Pisces, near M74. Arp considered them interacting, putting them into his class: Elliptical and elliptical-like galaxies close to and perturbing spirals. The elliptical has a redshift that puts it 496 million light-years away while the barred spiral is listed at a redshift of 563 million light years. This is a bit large difference for related galaxies but not impossible. Still, I was ready to say no relation until I further stretched the image and those two linear features just above the spiral appeared. Fortunately, this is in the SDSS survey. Their image shows the same feature but blurred into one broad feature rather than two narrow ones. I don\'t know why the difference. What are they? I found nothing in the literature about this oddity. It doesn\'t show in Arp\'s photo with the 200\". If anyone finds something on them please let me know. For now, I\'ll have to agree with those saying these two are interacting due to the odd apparent debris above the western member.

There are a few other galaxies in the image about the same redshift as these two. Since I find little on any of them other than the redshift I\'ve just prepared an annotated image showing their distance in billions of light years. As usual, G denotes a galaxy while Q a quasar. The label is immediately right of the object. When this wasn\'t possible a line indicates the labeled object. There are three asteroids in the image as well. (56725) 2000 NY12 at magnitude 19.2, 2009 ST123 at magnitude 20 and 2002 FL21 at magnitude 20.4. All are rather faint and difficult to find so they are also shown in the annotated image.

Near the bottom, left of center, is SDSS J011804.83+143158.6. This galaxy is identified by name on the annotated image. It is 1.6 billion light-years away and very blue in color. This is odd for a galaxy at that distance which often shows a reddish color from interstellar dust even if really a blue spiral. This would indicate massive star formation and sure enough, it is listed in the ROSAT X-ray Source catalog as RXS J011804.4+143152. Sure wish we were, say, 1.5 billion light-years closer to get a good look at this one. It is a narrow line Seyfert 1 galaxy. This too indicates it is a very active galaxy with a likely well-fed black hole at its core.

There\'s an interesting pair of distant galaxies at the bottom of my image just right of center. The only thing shown at that position is SDSS J011721.74+143209.6 with a position of the left, fainter and smaller, galaxy. Nothing is listed for the position of the brighter one. No redshift data is provided for it/them. I find problems like this constantly, still with the stated precision of the SDSS their frequency does surprise me. 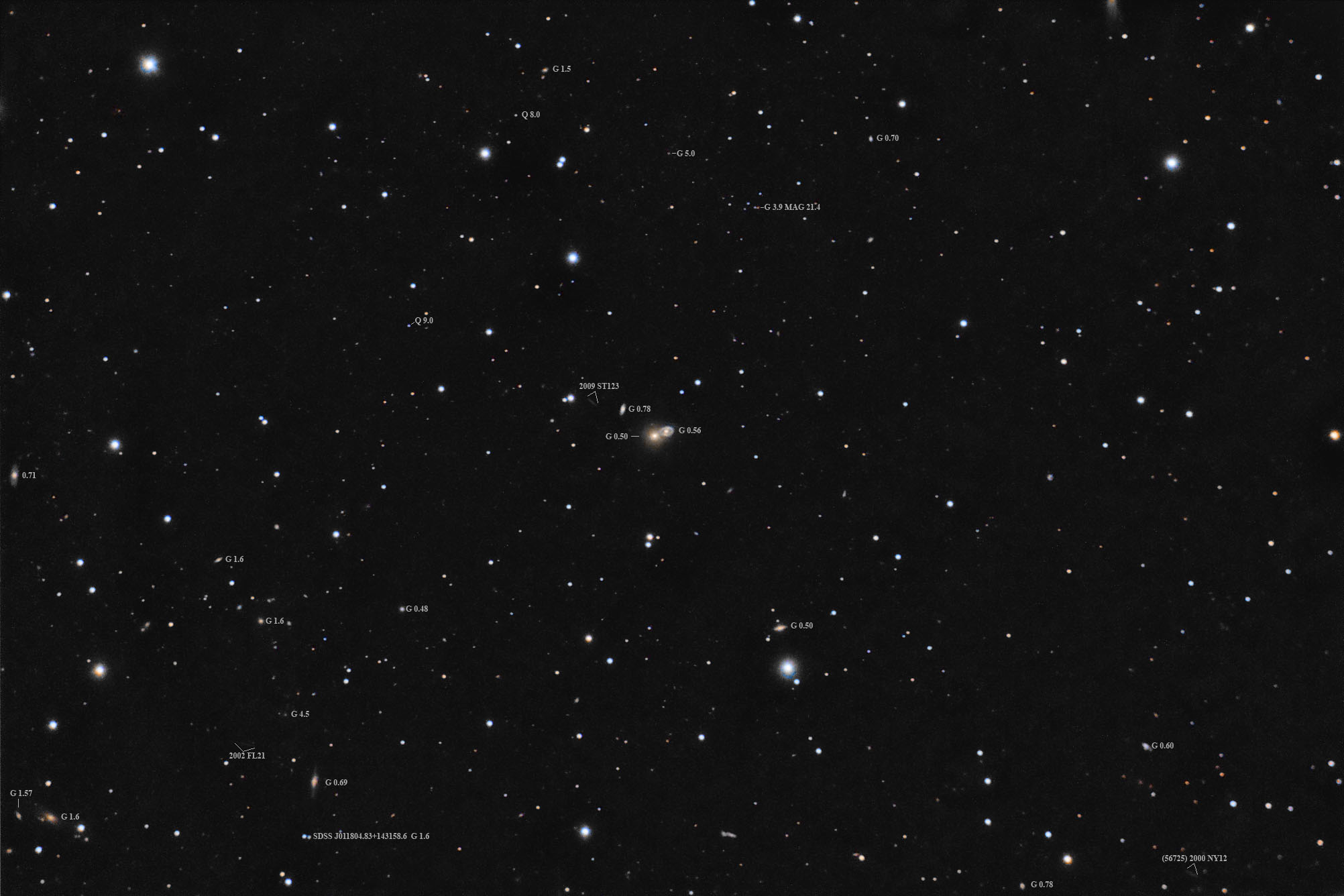 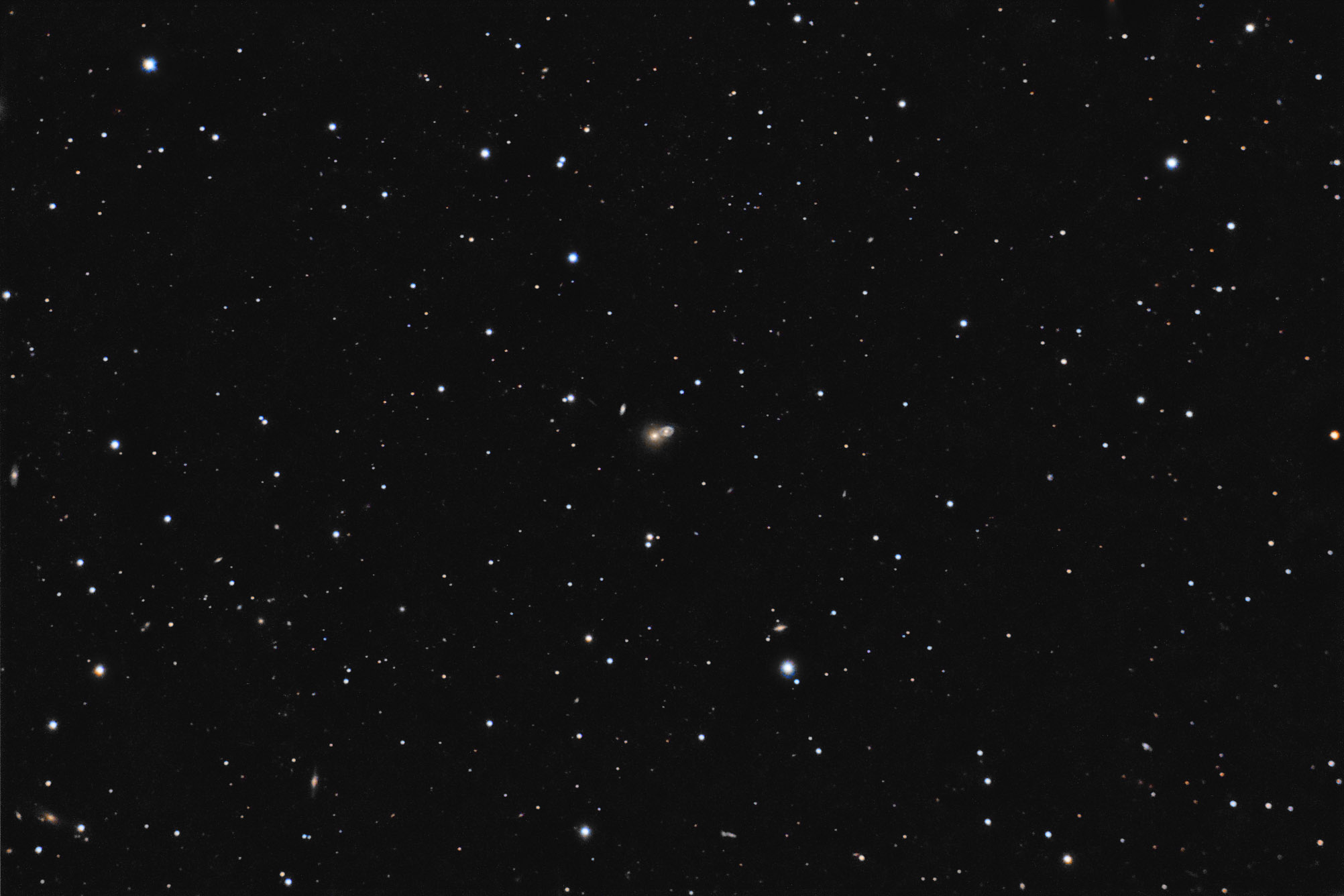