Arp 131 belongs in Arp\'s category for elliptical and elliptical-like galaxies close to and perturbing spirals. It is located on the western border of Eridanus. Arp made no comment about this galaxy pair. The southern \"elliptical like\" galaxy is MCG -03-08-025. NED classes it as an Sa spiral seen nearly edge on. If so it seems to lack a dust lane. Redshift data puts it at about 356 million light-years from us. Well, Arp did say \"elliptical like\". The companion is MCG -03-08-026. It is an obvious spiral though NED doesn\'t attempt to classify it. Nor does it have a redshift value for it. The one note at NED says the two are interacting. It appears that MCG -03-08-026 may have interacted with something. But MCG -03-08-025 shows no sign of distortion so are they really interacting? I\'d like a redshift measurement before trying to answer that question. For now, I\'ll say I\'m not convinced they are a true interacting pair.

There\'s a pair of possibly interacting galaxies east and a bit north of Arp 131. It seems to show more evidence of interaction than Arp 131. I\'ve included this pair as an inset with the enlarged cropped version of Arp 131. Like Arp 131 there\'s no redshift data on the possible companion. Not only that, the galaxy isn\'t even listed at NED so earned a question mark on the annotated image.

The field is rather sparse. The annotated image shows lists all galaxies with redshift data at NED. I also identified them plus a few others without distance data. Not all listed at NED are identified in the annotated image but most of the larger ones are. But their entries only denote their RA and Dec values so I only listed a few of them. 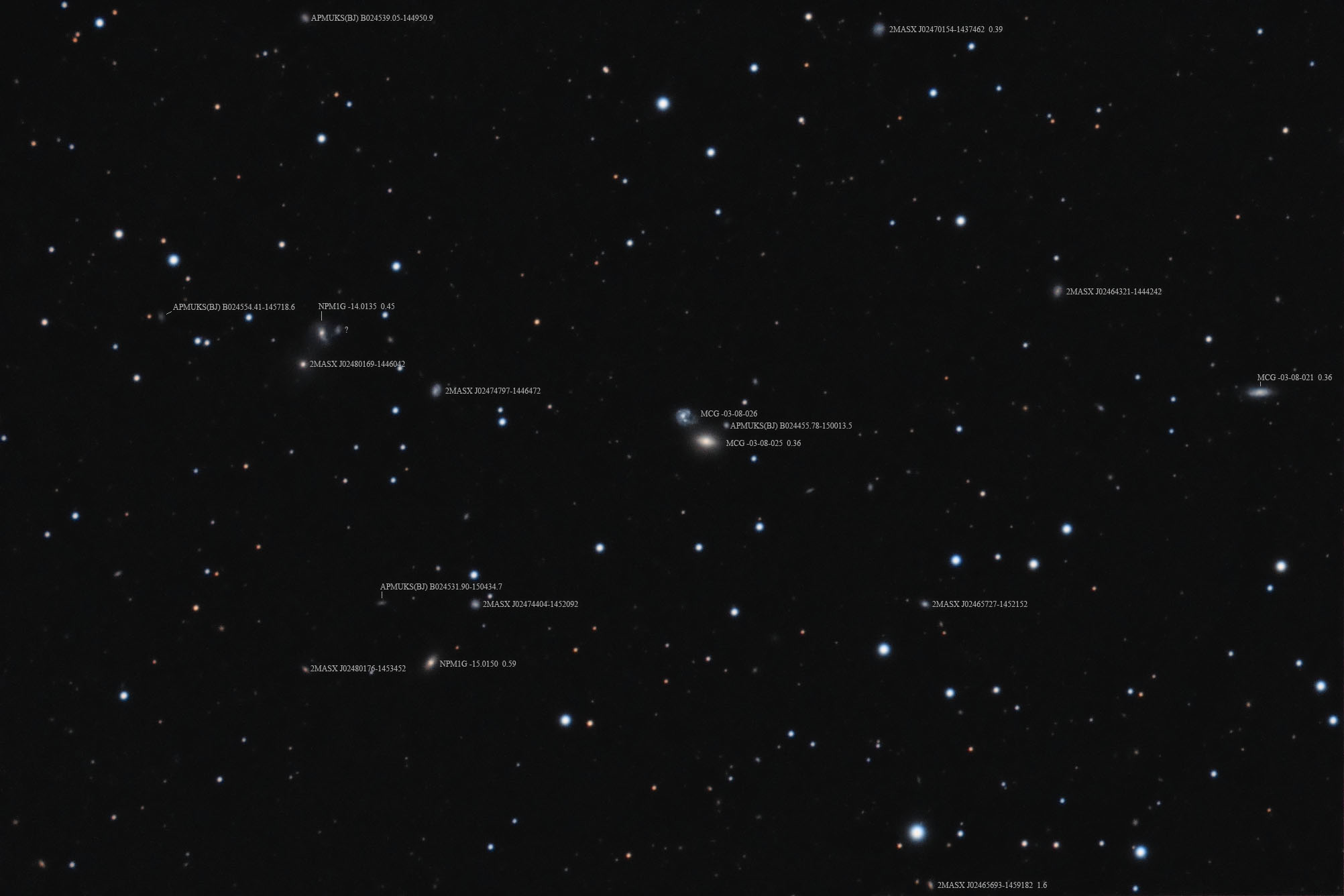 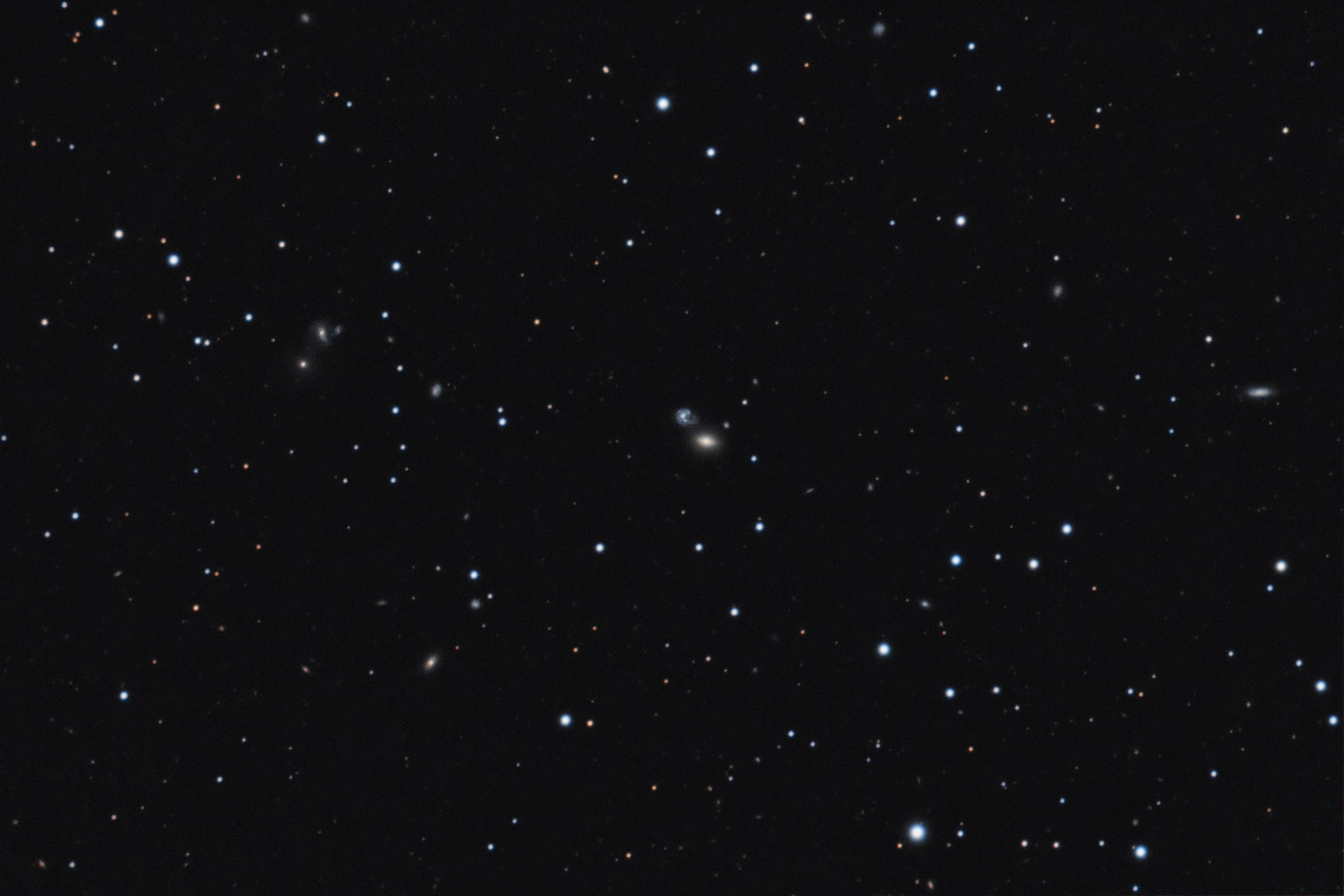 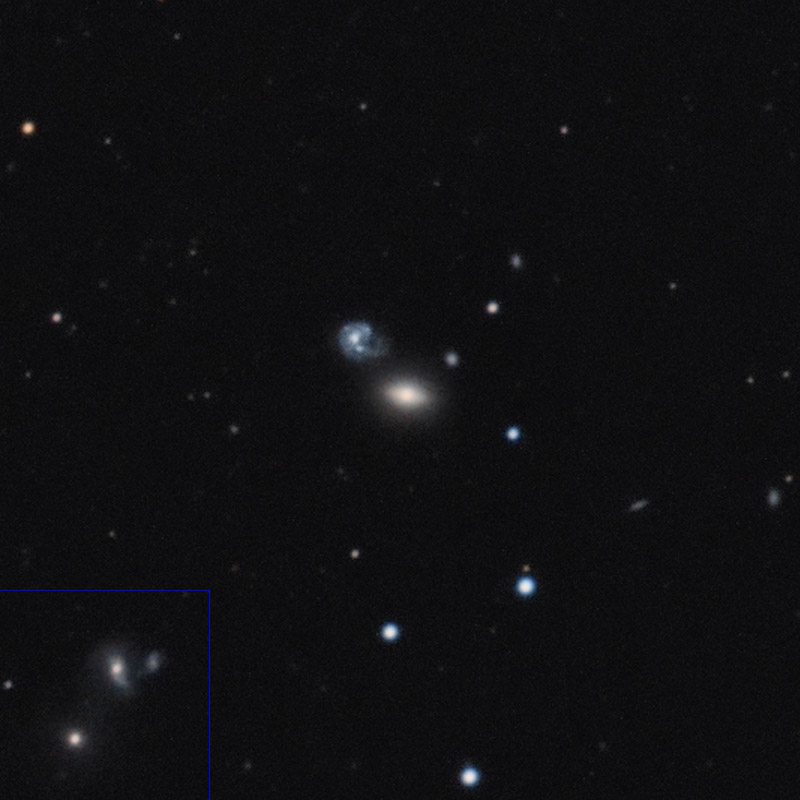