Arp 141 is a pair of interacting galaxies in Camelopardalis (a giraffe) that had been too far north and lost in my now defunct Polaris trees. I suspected it would make a spectacular image and it didn\'t disappoint. The pair are 126 million light-years distant by redshift and 130 million light-years by Tully Fisher measurement. A very close agreement. Arp put it in his class for \"material emanating from elliptical galaxies\". Arp had no comment on it so no way to tell if he really thought something was emanating from the elliptical or just that it appeared to be. In any case, this is an obvious case of the elliptical tearing apart a less massive and less dense spiral and suffering some collateral damage in the process. It has a large plume to the north as well as a plume to the south which is seen only because its red stars stand out against the blue stars of the spiral. Here\'s a case where color makes a plume obvious that wouldn\'t be seen visually in a black and white image like Arp\'s. Spectroscopic measurements, however, should detect the two very different star populations. NED classes the elliptical as a ring galaxy and the northern one as S0 pec rather than elliptical.

The pair is also known as UGC 3730. To the west is UGC 3705 classed as S?. It has almost the same redshift as Arp 141 so is obviously part of the same galaxy family. It shows some oddities so may also have interacted with other members of its group. These are the only galaxies with redshift data at NED. North of Arp 141 is the very odd galaxy KUG 0707+736. It is half red (southern half) and half very blue (northern end). A note at NED says: \"A giant HII region is at the northwest end.\" Super hot O and B stars formed from this region are likely responsible for the blue end. But what triggered such massive stars to form. The galaxy is classed as Irregular?. Such galaxies often show massive star formation when they\'ve interacted with another though this isn\'t required it is often the case. Without any redshift information, it is hard to tell if it is a member of the group or not. Most irregulars are small so not likely much further away at least. About the only other irregular galaxies of this type, I can recall seeing are on the two Hubble deep field images that look back at the fragments of galaxies in our very early universe that merged to form the spiral and elliptical galaxies we see today. Some are known to have escaped being lunch for a major galaxy. Is this one of those? 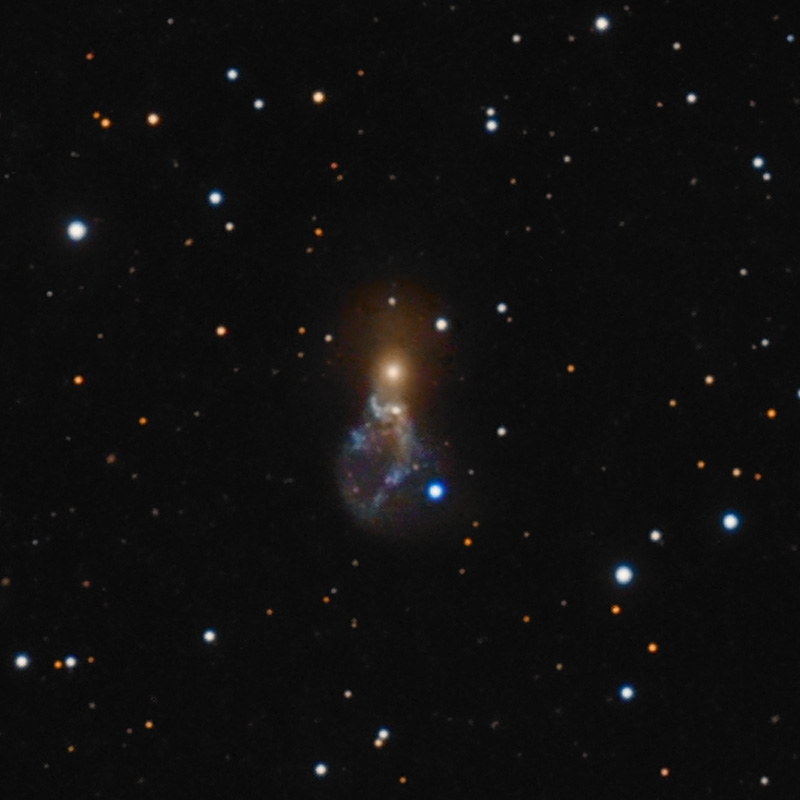 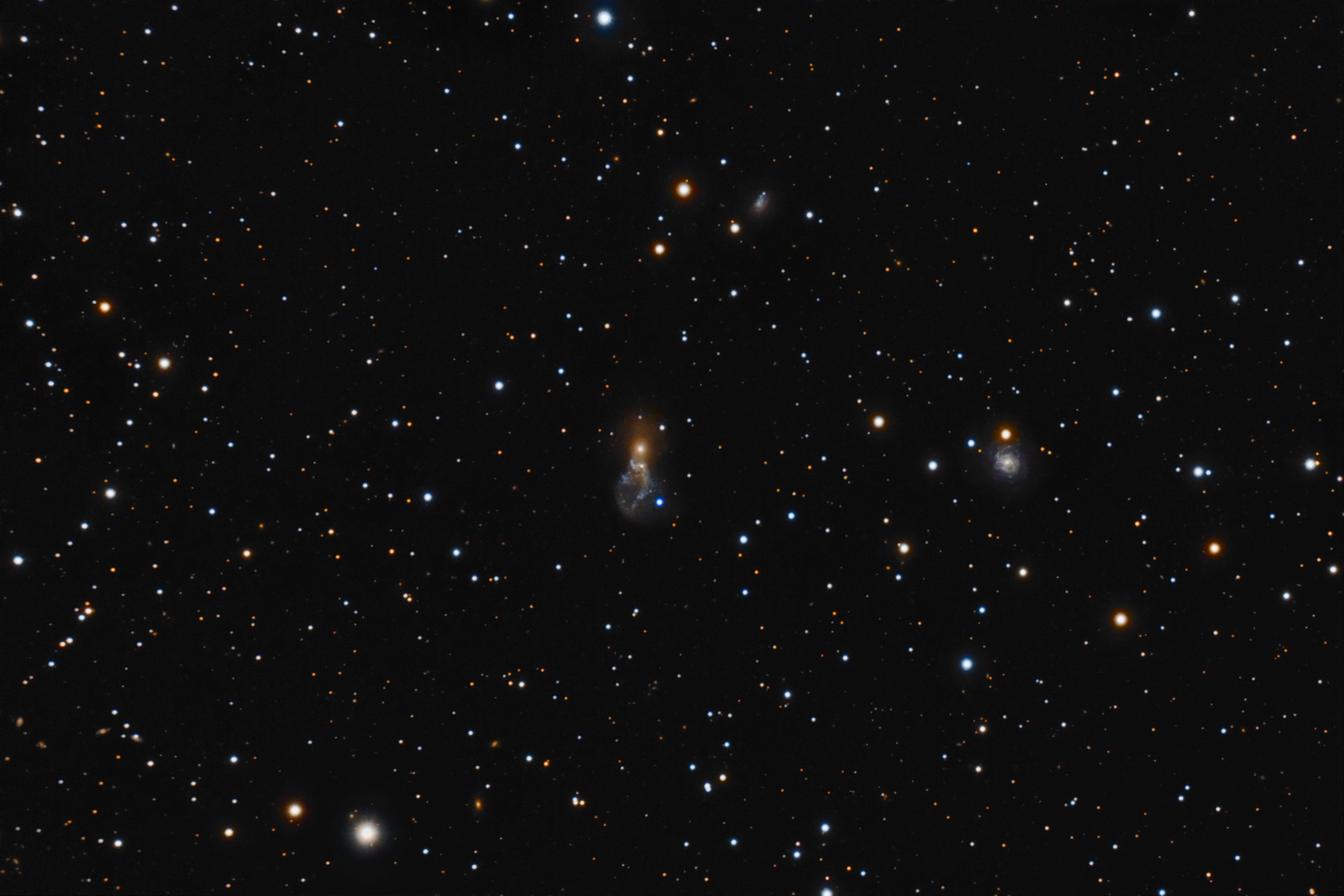