Arp 149, IC 803, is a pair of interacting galaxies in Coma Berenices about 370 million light-years away. Arp put it in his category: Galaxies with Jets. He made no comment on this one. I\'m not sure what he is seeing as the jet. Is it the very faint plume to the northwest coming from the eastern (left) galaxy or is it the much brighter plume from the western one to the southwest? I have no idea. The galaxy on the right is PGC 215304 and the one to the left is PGC 42367. The pair was discovered by Stephane Javelle on April 25, 1892.

This was taken a night of very good seeing that didn\'t last. I need at least 100 minutes of L data (160 or more would be better) when imaging at 0.5\" per pixel. But seeing went south and I was able to use only 80 minutes of data and preserve the resolution I was getting. In fact, the image is slightly undersampled on the 7 usable frames I obtained! That only happened once before. Galaxies down to 23rd magnitude are seen on the processed image. Not bad for such noisy data.

There are a ton of great galaxies in this image, in fact, the vast majority of the \"stars\" in this image (except the blue ones) are actually galaxies. If it isn\'t perfectly round or quite bright then it\'s likely a galaxy. I could identify nearly 1000 on this 0.0516 square degree field. Unfortunately, this is another field that NED has entered SDSS data for but that data seems to contain no redshift data. So, again, I didn\'t bother an annotated image as all it would contain is the coordinates of the galaxy which is how Sloan images are cataloged.

Not only didn\'t Arp have any comment on this pair, I found virtually nothing on it. 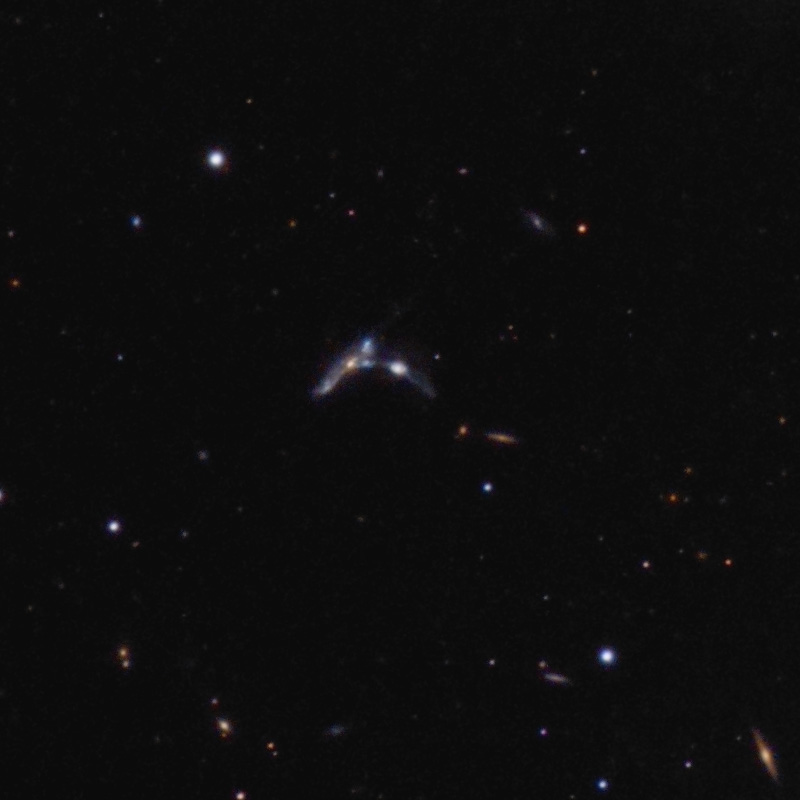 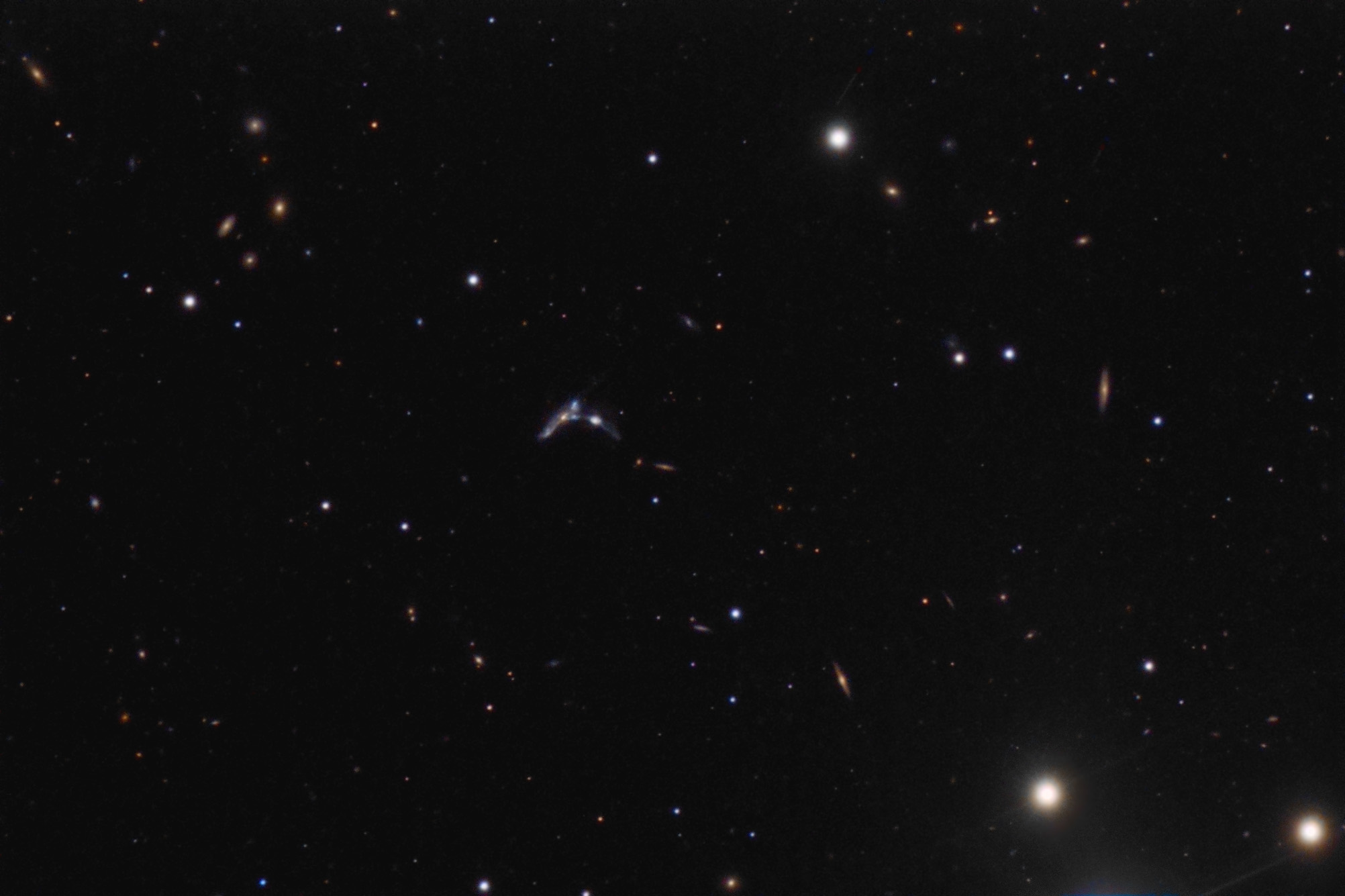