Arp 150 is part of the 4 galaxy group known as Hickson Compact Group 95 and is located about 500 million light-years away. Unfortunately, I was hit by clouds and only got one third the data I had wanted. I planned on getting the rest but forgot to put it on my list. I didn\'t realize I\'d not gotten the data until too late. It didn\'t help that I had imaged the first night at 0.5\" per pixel and never had a night after that, that was up to the needed seeing quality until I forgot about it. So the image below is very thin and noisy. Color data was very poor. It will have to do for now. I found this text comment about the group but the image it refers to was missing. I believe a is the top galaxy, c the middle one with b the lower left and d lower right. The suspected elliptical is very orange in color in my lousy color data as a distant elliptical \"should\" be. I could find nothing on it, however, not even a catalog name. While the curving arc is easily seen in my image I didn\'t get enough data to show the jet very well. It is the linear feature coming out of the \"middle\" spiral to a point just right of the core of the top elliptical. It shows better in Arp\'s photo.
http://ned.ipac.caltech.edu/level5/Arp/Figures/big_arp150.jpeg

In comparing the two I\'m mystified by a faded object in my image. His photo shows a star-like object in the arc right above (in Arp\'s image -- left in mine) the big elliptical galaxy. While it appears to be bright enough to see clearly in my image it only shows very faintly. I don\'t know why. It also is seen well in the POSS II red and blue images. Apparently, I was hit by clouds even harder than I thought. Someday I\'ll redo this one.

Other galaxies in the image are anonymous as far as I can determine.

My thin data image is displayed at 0.5\" per pixel rather than my normal 1\". 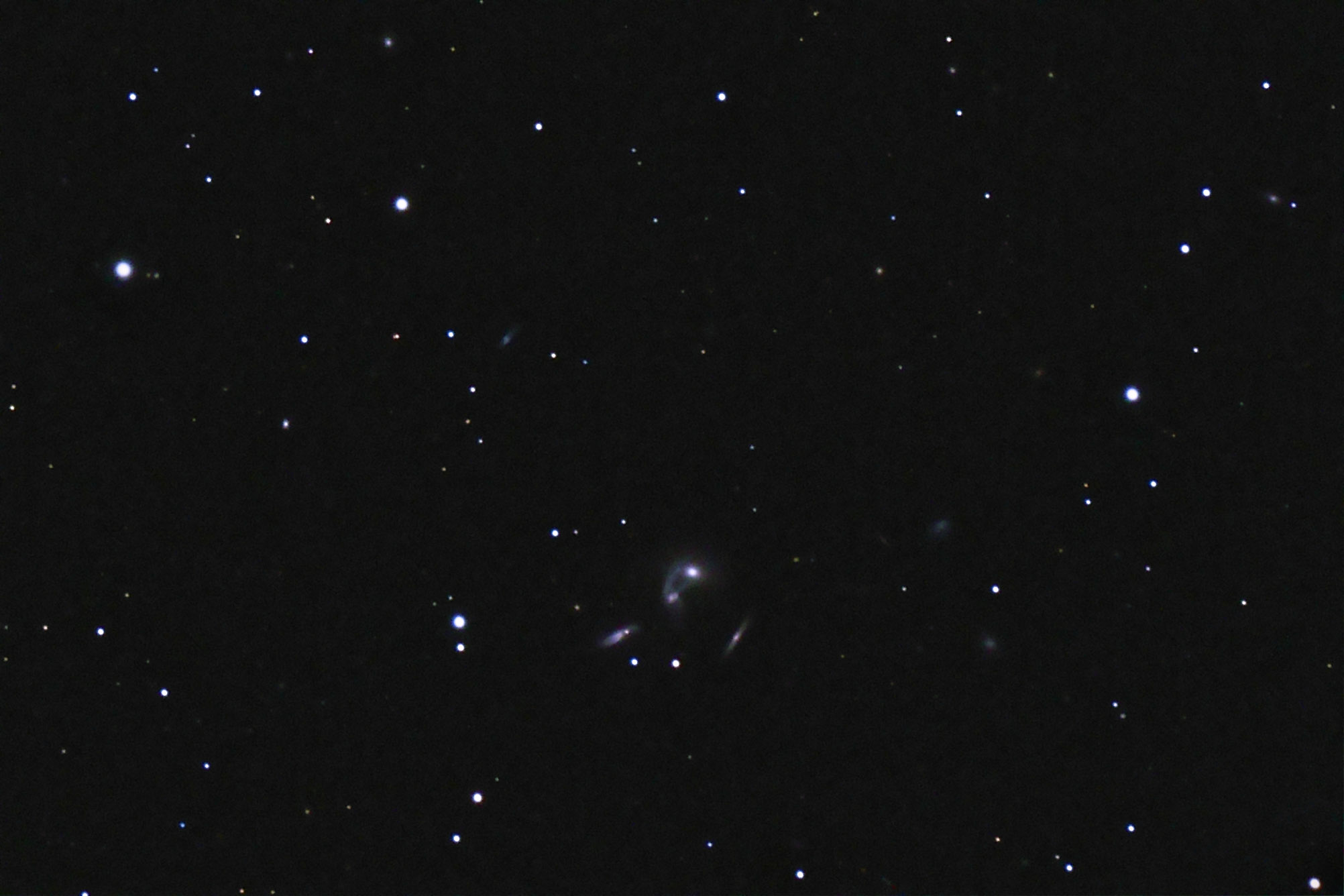