Arp 158 is NGC 523/537. It is a very strange galaxy. Arp put it in his category: Galaxies (not classifiable as S or E); Disturbed with interior absorption. I\'m not sure what that means. Centaurus A (NGC 5128) also falls in this category though I won\'t be imaging it of course as it is always below my horizon. Redshift puts it about 200 million light-years away. Analysis of a type 1a that blew in 2001 (or I should say was seen here on earth that year) indicates about the same distance. That\'s about the only agreement on this galaxy I could find. Here are some Notes on it at NED.

It\'s quite obvious the westernmost object along the bar is just a foreground star. I have no idea where the idea comes from it is part of the galaxy or how its redshift could possibly be measured so poorly. The blob on the east end could be the core of a galaxy it is merging with. Wish we could see it from another angle. Seems to be virtually edge-on. NED classes it simply as peculiar.

Other than these notes and the articles they came from I found little on it. Thanks to better than normal seeing I was able to image this one at 0.5\" per pixel though the seeing didn\'t hold for long. I really needed 20 minute subs as 10 contain too much read noise. Also, I normally consider 80 minutes the very minimum but only got 60 so this one is far noisier than I\'d like.

This one appears to be part of the Pisces group though located just across the border in Andromeda. Arp 229 is also a member of this group.

The story of its discovery by William Herschel is quite interesting but too long to post here. Go to the NGC project page: http://www.ngcicproject.org/dss/dss_n0500.asp and scroll down to either NGC 523 or NGC 537 and click on the data button (not the image). Then scroll down to Historical Research Notes for the story. Think you have had a bad night at the scope? Seems William was having a really bad night at the telescope the night he recorded this one resulting in two NGC entries for one object. The night he got it correct was September 13, 1784. That resulted in the NGC 537 entry. Heinrich d\'Arrest corrected Herschel\'s error for NGC 523 on August 23, 1862 and gets credit for this version. It isn\'t in either Herschel 400 observing program. 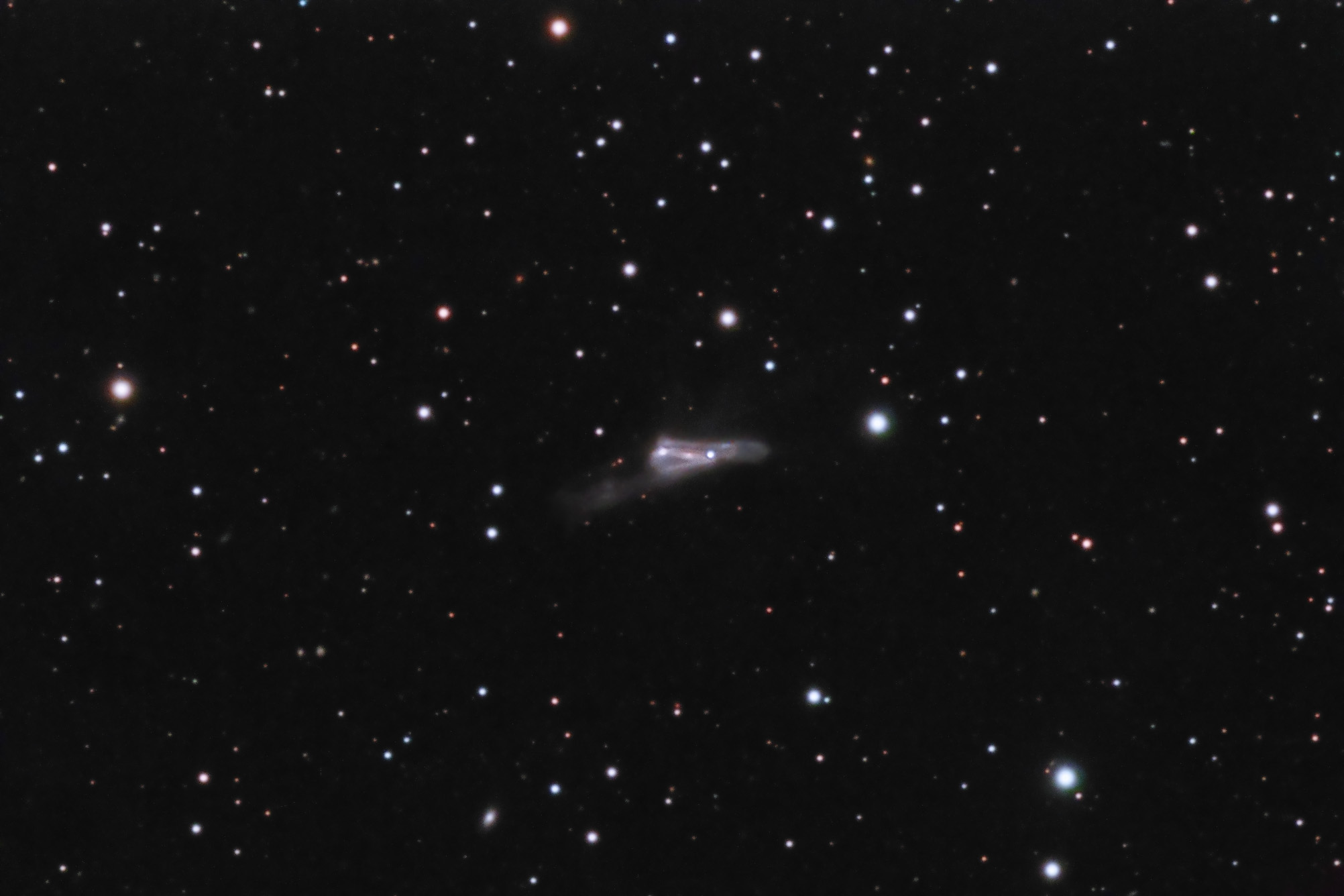