Arp 160 was in the news after an image of it combining white light data from Hubble and X-ray data from Chandra has been recently released and picked up by many astronomy news websites. I imaged it the night before the image was released so have rushed it to the top of the processing list.

Arp 160 is known as the Medusa Galaxies though Arp never even knew it was two galaxies. He considered it one and classed it as a galaxy not classifiable as \"either elliptical or spiral that is disturbed with interior absorption\". In fact, it is two galaxies that are in the process of merging. The fan-shaped blue object above and the spiral-like, mostly reddish object below. Using Chandra\'s X-ray vision (better than Superman\'s) the black hole that was at the core of the upper galaxy has been spotted proving it is two galaxies.

The Chandra press release is at:
http://chandra.harvard.edu/photo/2009/medusa/

I had a heck of a time processing this image as there was a 5th magnitude star just out of frame at the top right that must have hit something reflective in the camera. It sent ghost images all over the field. Many overlapped. It took me a couple days work to remove them. In doing so I lost faint parts of the image but none involving Arp 160. Which is also known as NGC 4194 and is in Ursa Major. It was discovered by William Herschel on April 2, 1791. It isn\'t in either Herschel 400 observing program.

Arp\'s image with the 200\" Palomar scope is at:
http://ned.ipac.caltech.edu/level5/Arp/Figures/big_arp160.jpeg
Film has far less dynamic range than today\'s digital sensors so the core is burned out in Arp\'s image loosing the spiral nature of that region in an attempt to show the fainter parts. 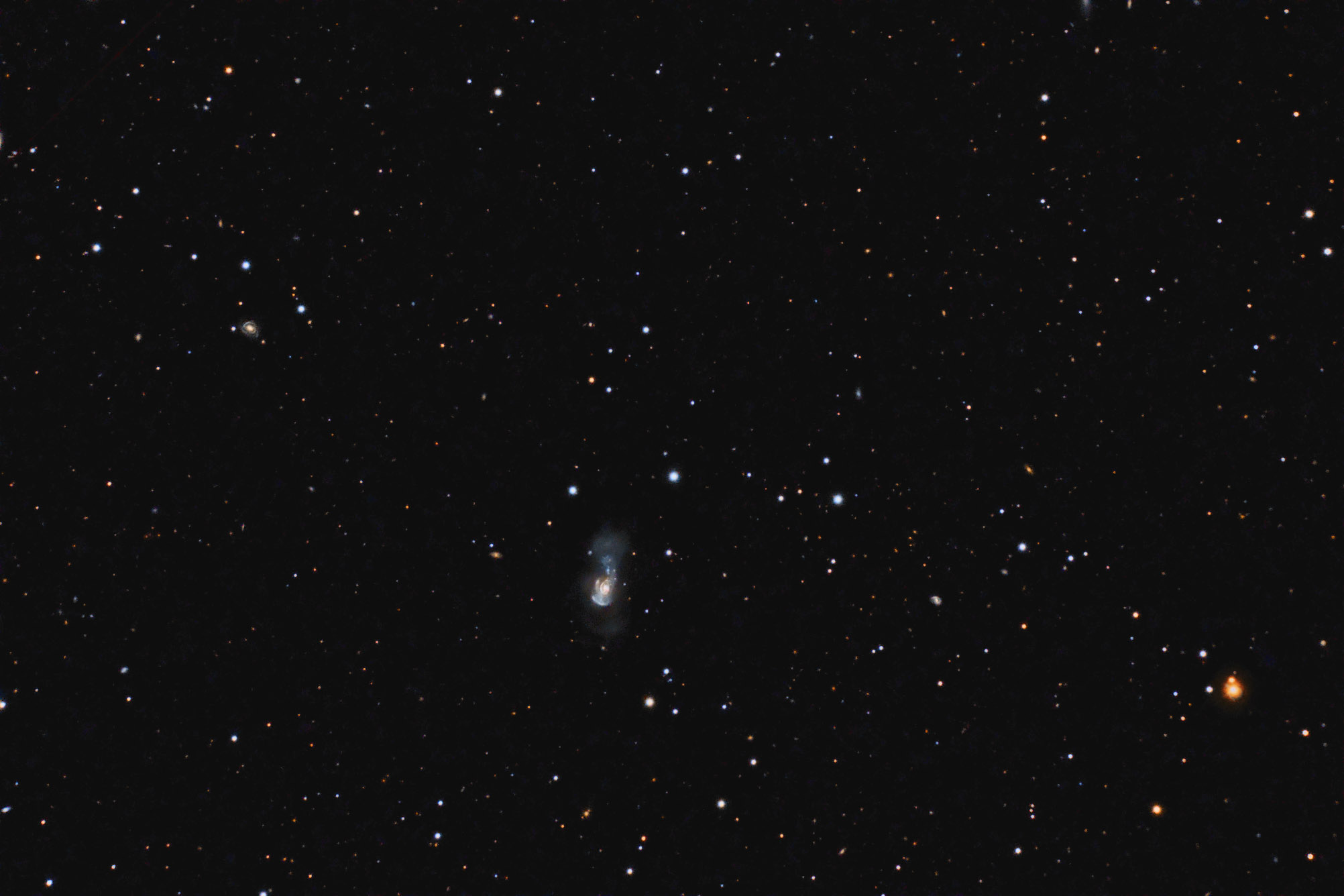 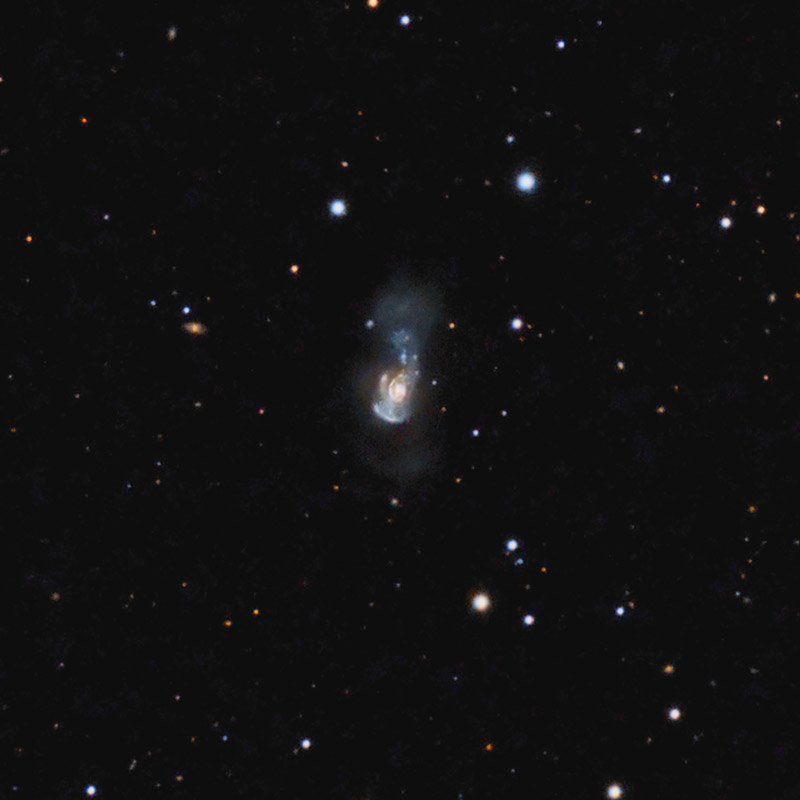