Arp 164/NGC 455 is a merger remnant in Pisces some 250 million light-years distant. Arp put it in his category for galaxies with diffuse elements. It appears these diffuse elements are looping tidal trails of stars ripped from the merging galaxy showing the path of the merging galaxy as it was torn apart orbiting the larger galaxy. The NGC Project classifies it simply as peculiar. NED says S?. It likely will settle down to become an elliptical galaxy. It was discovered by Albert Marth on October 27, 1864.

The field seems to contain a few galaxies with the somewhat closer redshift of about 210 million light-years, two of which are in the image. A couple others are just outside it. Is Arp 164 related to these? It seems likely they are. NED has little data on this field. Only a few galaxies in my image are in NED\'s database and most have no redshift data. All galaxies NED catalogs are shown in the annotated image. A question mark is used for the distance of most since they don\'t have any redshift data. Those without any catalog entry and therefore left blank on the annotated image are apparently anonymous.

I wasn\'t going to prepare an annotated image but then 9 asteroids showed up in the image (actually more but many didn\'t survive the processing). Within 20 minutes of Arp 164, the minor planet center showed 18 asteroids down to magnitude 21 which was my limit at the rate these were moving. The 9 that survived the color combine are: 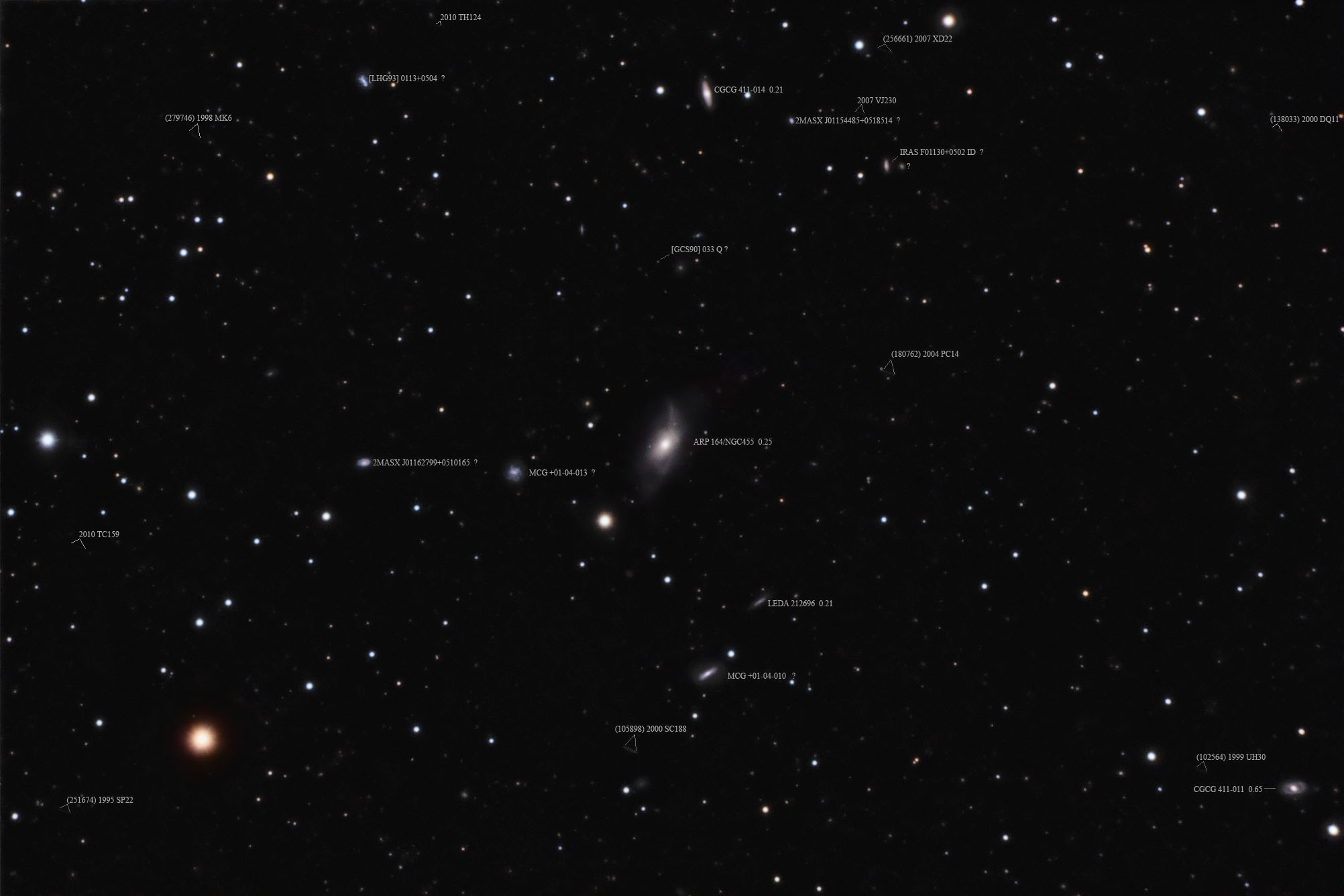 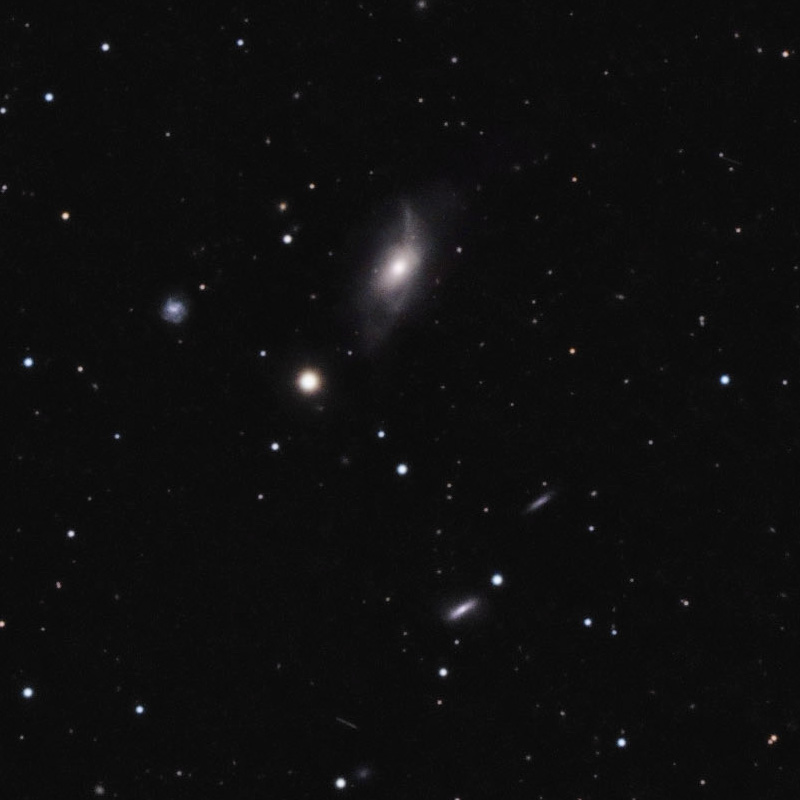 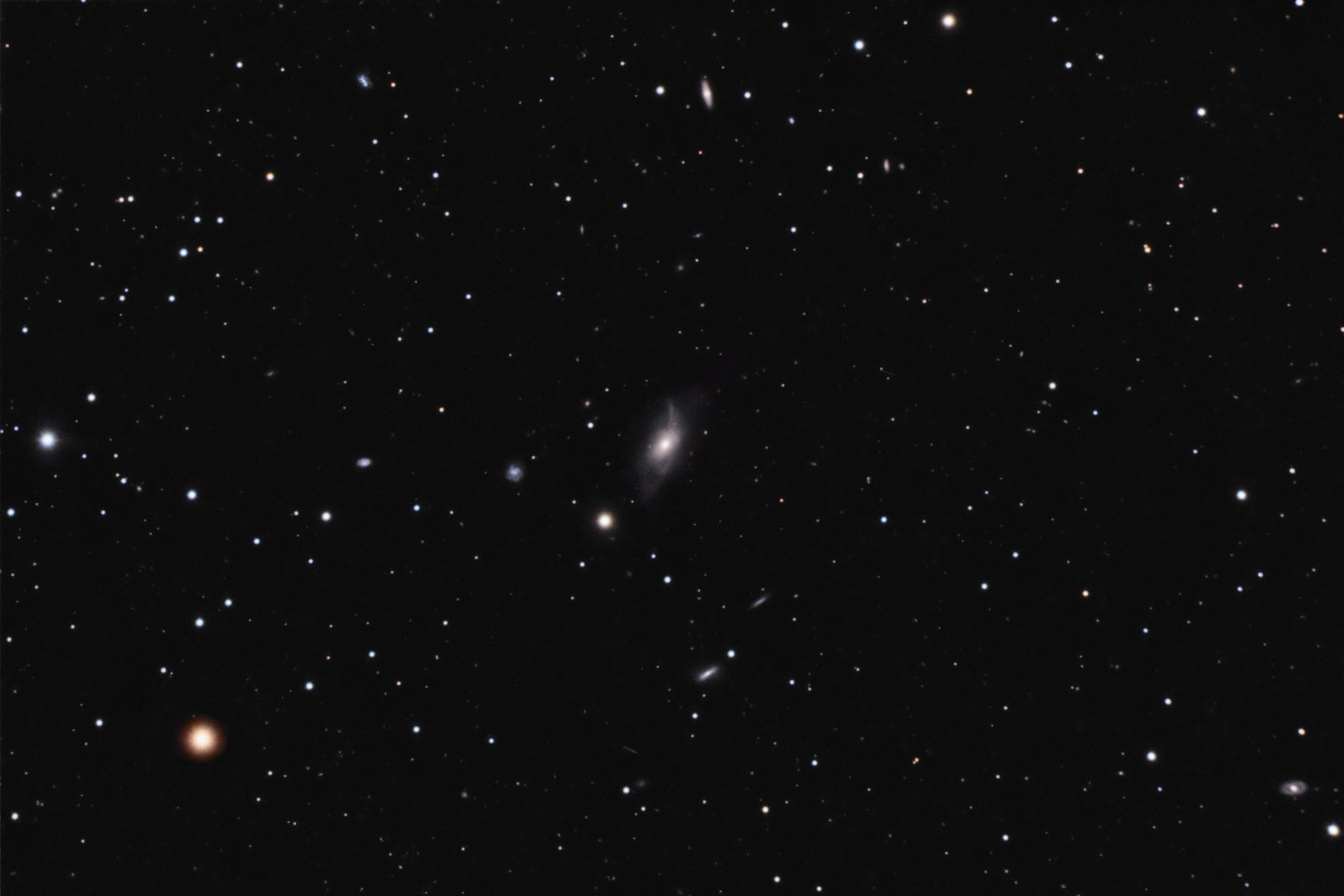