Arp 165/NGC2418. A very large galaxy some 240 million light-years away. It is located on the eastern edge of Gemini. Arp 165 is classed as an elliptical peculiar galaxy. It has one low contrast blue arm against what otherwise is a galaxy that looks much like a typical elliptical, until you notice the odd tidal extension on the side opposite the blue arm. Arp classed it under \"Galaxies (not classifiable as S(piral) or E(lliptical); with diffuse elements. This seems rather appropriate. It appears there has been very little study of this galaxy as I could find little on it. There are a couple small galaxies right near it (north) but I found no redshift data on them so can\'t tell if they are really companions or just apparent ones due to line of sight. One paper did call them companions but did so in a way that didn\'t indicate if the author considered them actual companions. In fact only one other galaxy in the entire field had any distance data I could find. That is CGCG 087-015, toward the upper right corner of my image at about the same distance as Arp 165. It is very blue but otherwise, shows no sign of interacting with Arp 165. To the lower left of Arp 165 is a pair of galaxies that could be interacting, PGC 3090318/17 left to right. Since this was written a few more galaxies now have redshift data. Including this pair that have the same redshift but it was determined photographically apparently using the combined colors of both galaxies under the assumption they were at the same distance. Thus it is still debatable if these two are interacting. I think they are but this doesn\'t prove it as far as I\'m concerned. Arp 165/NGC 2418 was discovered by Édouard Stephan on January 23, 1874.

5 asteroids are in the image. See the annotated image for details.

Arp\'s image with the 200\" Palomar telescope is at:
http://ned.ipac.caltech.edu/level5/Arp/Figures/arp165.gif
Seeing was poor on Palomar mountain when he took this image. The above link is to the small version. Here\'s the large one but it shows no more detail, at least on my monitor.
http://ned.ipac.caltech.edu/level5/Arp/Figures/big_arp165.jpeg 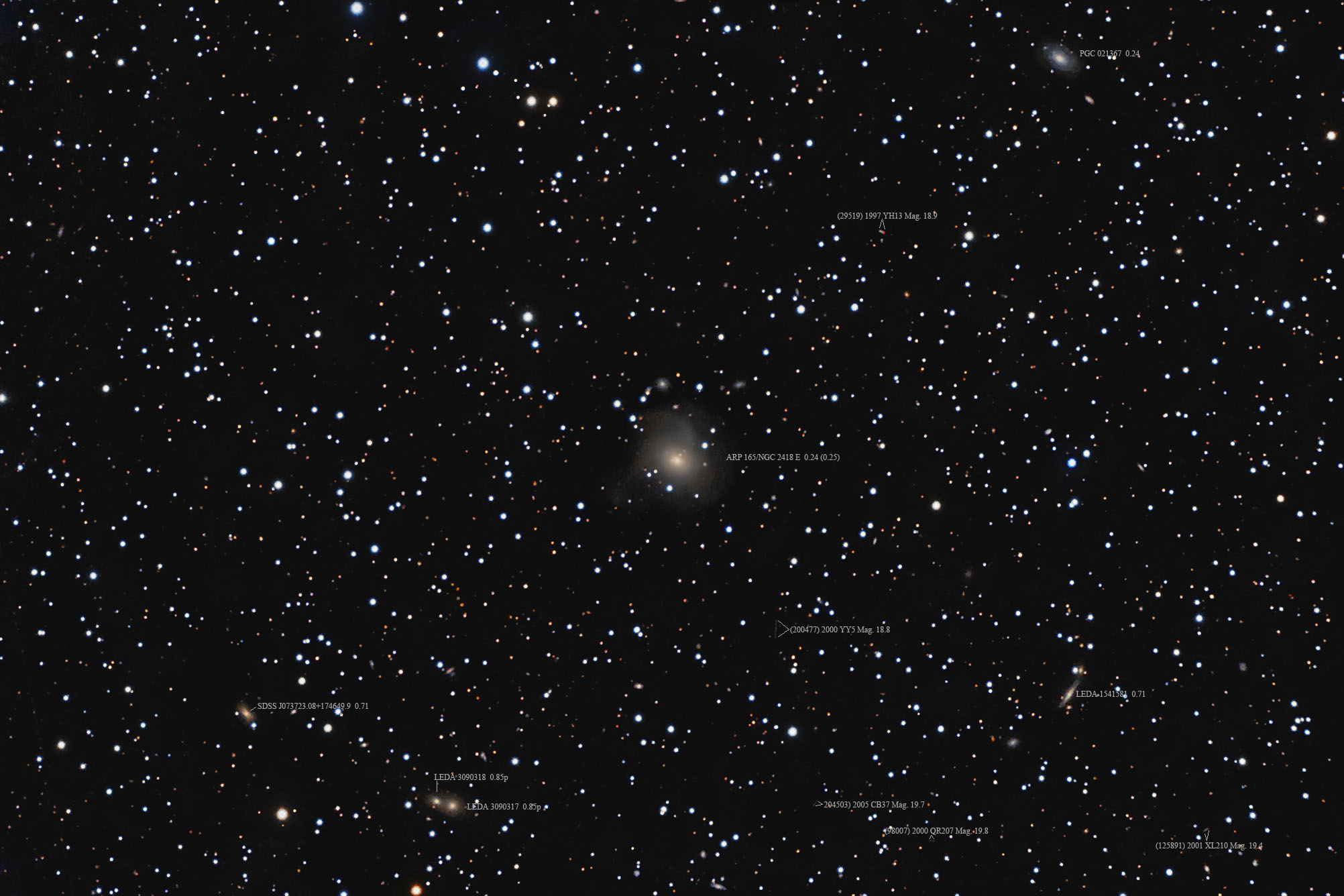 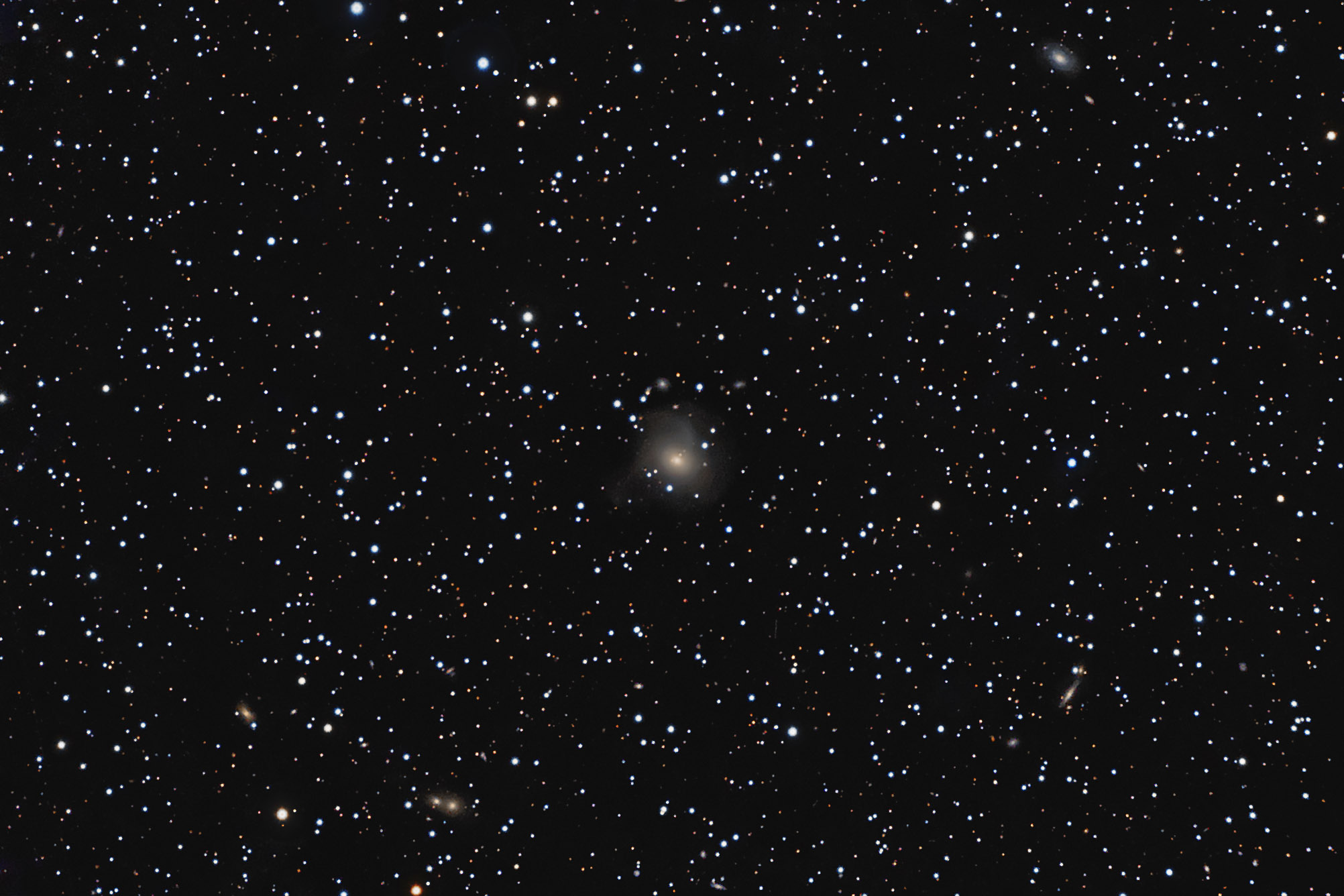