Arp 174 is a pair of galaxies with a large tidal plume. It is also known as NGC 3068 and is located about 300 million light-years away in the constellation of Leo. Arp classifies it under Galaxies (not classifiable as S or E): Narrow counter-tails. Why this plume is a counter tail and others aren\'t I\'m not sure. It\'s hard to say if the plume comes from the small companion or the larger one and by perspective passes over or behind the smaller galaxy. There is a faint connection between the two. If they come from the small companion then yes, it could be a counter tail assuming the connection between them also comes from the smaller galaxy. Arp\'s only comment on the pair is: \"Smaller galaxy very condensed.\" NGC 3068 (northern part) was discovered by William Herschel on March 12, 1785 but isn\'t in either Herschel 400 observing programs.

The NGC Project considers NGC 3068 to only be the larger galaxy but NED applies the name to both. The smaller one is also known as LEDA 087670. It is classed simply as an elliptical galaxy. The larger one is classed as S0 pec. To me, it appears the source of the plume as it has other obvious tidal features all about it. 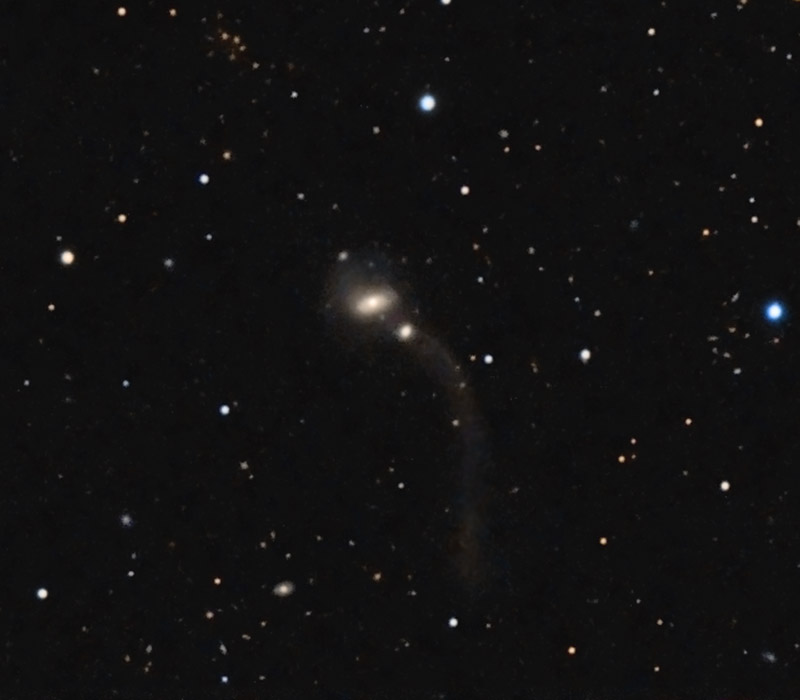 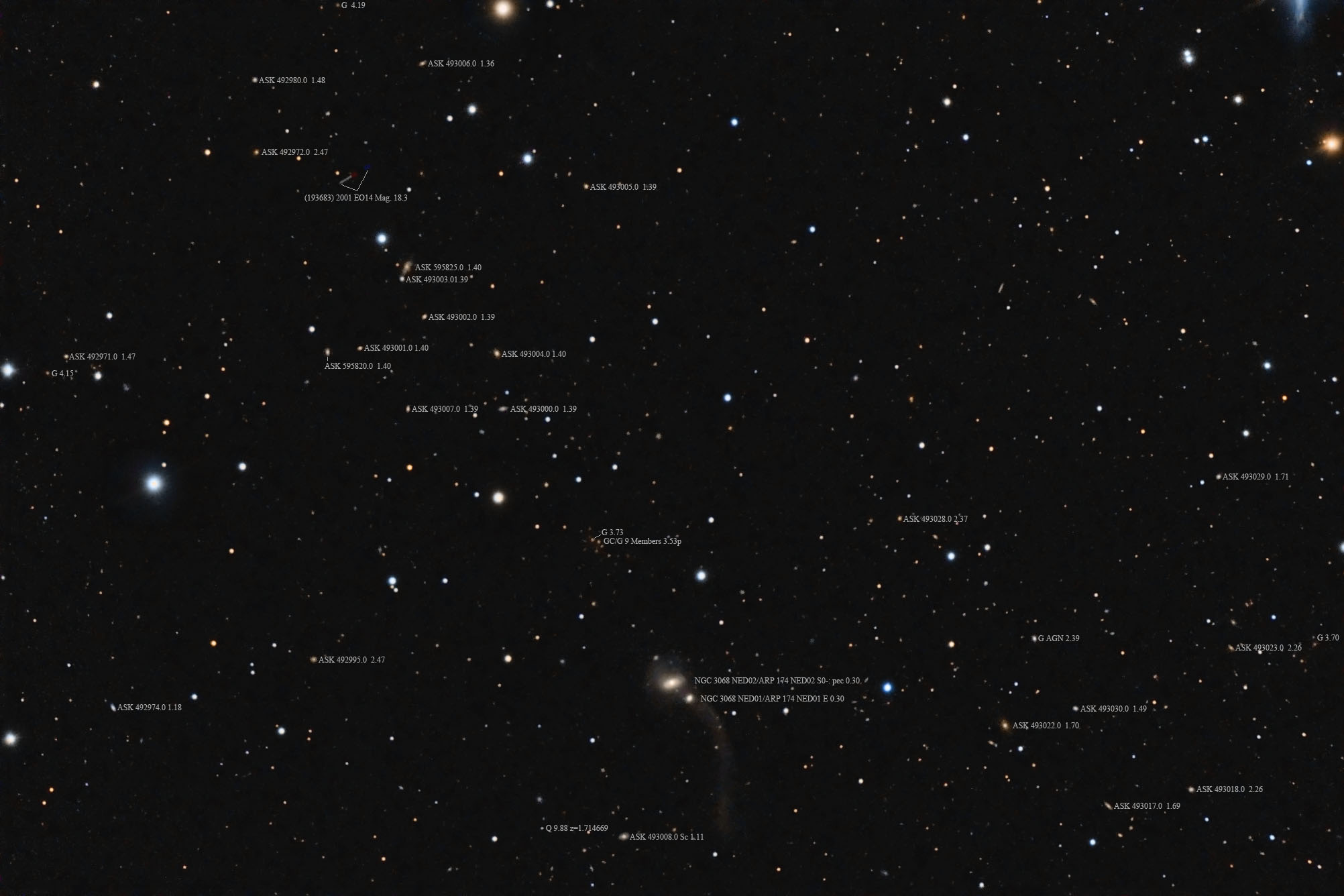 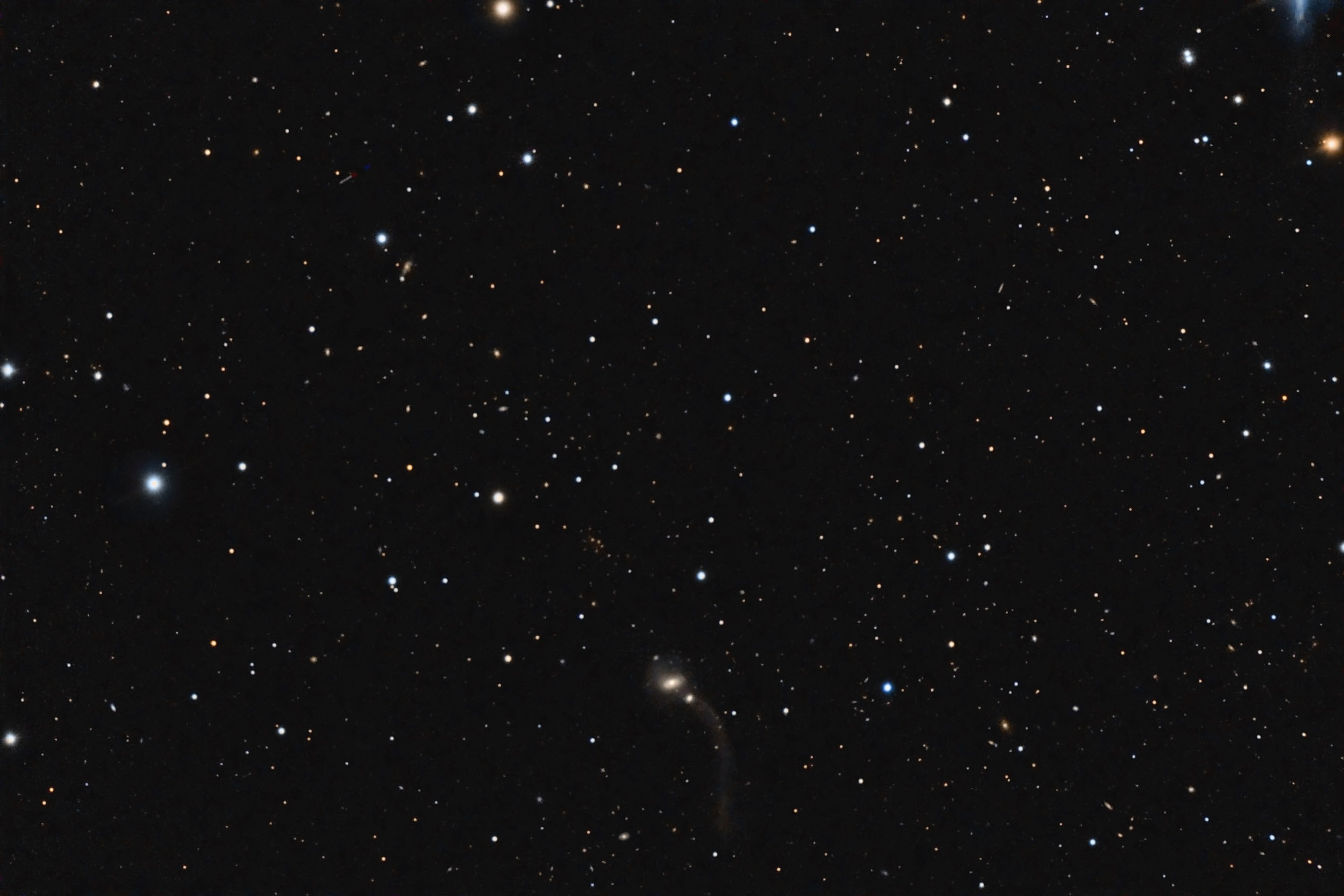