Arp 176 is a pair of interacting galaxies also known as NGC 4933 though this designation includes a third non-interacting galaxy. The IC catalog lists the two interacting galaxies separately as IC 4173 and IC 4176 west to east (right to left). They are located about 160 million light-years away in the constellation of Virgo. Arp put these in his category: Galaxies (not classifiable as S or E): Narrow counter tails. His comment on the pair is simply: \"Companion galaxy [IC 4173] very condensed.\" Most notes seem to consider the streamer as coming from IC 4173. I\'m not that convinced. Tearing out a tidal arm from such a tight E0 galaxy isn\'t easy. Tearing one from the far less dense IC 4176 seems to me far more likely.

Most sources class the main galaxy as S0/a. The dust lane I picked up seems to cross the galaxy at a very odd angle. My seeing was awful the night I took this both because it is low in my sky and due to a nasty haze layer that moved in mid-exposure. It really ruined my color data. I tried to salvage it as best I could but the red data was very weak and the green noticeably weakened. I took the blue first before the haze was bad. As a result, getting a good color balance was impossible. I need to reshoot this one next year under better conditions.

NGC 4933 was discovered by William Herschel on May 9, 1784. It isn\'t in any of the Herschel 400 observing programs. It was later discovered at somewhat different coordinates by Guillaume Bigourdan on April 16, 1895 and listed as IC 4176. He discovered IC 4173 at the same time.

The third non-interacting galaxy is MCG -02-33-103. It shows a similar redshift as the other two but is apparently far enough removed from the other two it isn\'t involved in the interaction. To the east of Arp 179 is the barred spiral MCG -02-33-105. It is incorrectly identified as IC 4134 in the Kanipe-Webb book on Arp galaxies*. I find no redshift data on it so can\'t say if it is part of the NGC 4933 group or not. Note that in researching the group I found no consistency in which member was A and which B. It was about a coin flip which a paper would consider to be A. All agreed the tiny eastern galaxy was C. Thus I went with the IC and MCG designations.

*While some sources do show this galaxy as IC 4134 the NGC project, Seligman and NED have identified it as being NGC 4920 which is just out of my field of view. See the NGC Project for the details. Click on the data button for NGC 4920. http://www.ngcicproject.org/dss/dss_n4900.asp

Arp\'s photo showing several dust lanes I lost to my seeing is at:
http://ned.ipac.caltech.edu/level5/Arp/Figures/big_arp176.jpeg 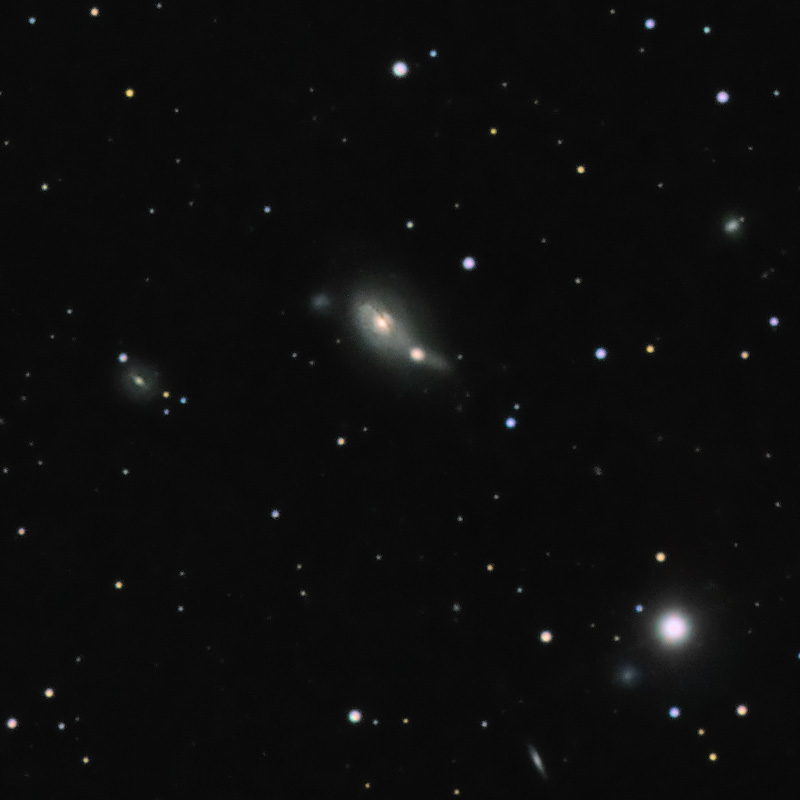 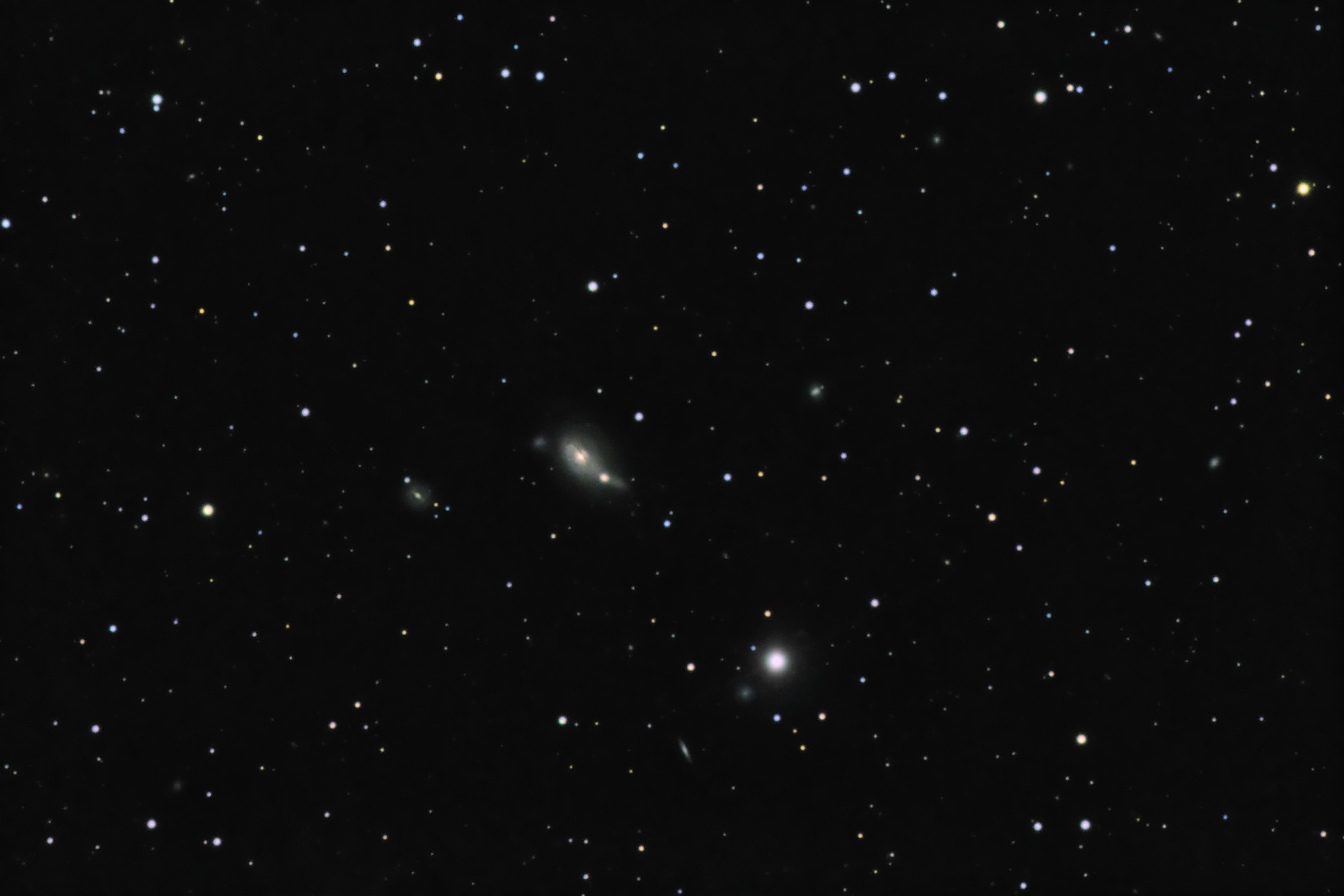