Arp 180 is a pair of interacting galaxies. The second is the small blue dot near the core of the main galaxy and right on the arm. In fact, much of that arm may be a plume from this second galaxy thus explaining why this arm is so much brighter and bigger than the northern arm which barely registers in Arp\'s photo. I find no catalog that names them separately. They are known by several other names MCG -01-13-034 and VV 822 seem the most commonly used. This is the first Arp galaxy I can find virtually nothing on. No distance data at all. Arp\'s comment is: \"S arm kinks back, thin filament connects nuclei.\" What little I found on it also only mentioned the south arm. I don\'t know why the north one gets so little respect but it is very faint, nearly in the noise level of my image. The filament that Arp says connects the two looks little different from the short bright arm seen in Arp\'s image on the other side of the larger galaxy. So the \"connection\" may be due to perspective and not a real connection.

Also, is it possible the arms trace the path of the little galaxy? That is, it starts to lose stars as it comes in from the north, loses more and more as it passes behind the larger galaxy then loops back toward the core. Seeing the last part more edge on makes it brighten as it closes in on the core. Is it on a death dive or just flying by above the core destined for another trip or two before finally either losing all its stars or being devoured. Either way, its stars are likely destined to join the main galaxy. All this is just my guess but since the core of the main galaxy isn\'t oriented as if to support these \"arms\" It makes it a bit more likely to my eye to be a possible explanation. Also if on a death dive the gravity of the little guy could pull a tidal plume to elongate the larger galaxy creating the similar brightenings on either side to the NE/SW.

The galaxy east (left) of Arp 180 is 2MASX J04533482-0448443 at about 900 million light years. The rather bright large galaxy near the left edge below center is LEDA 146644. Again, no information. The field has about a dozen 2MASX IR strong galaxies in the image but only the one already mentioned has any distance data. Most of the rest are anonymous. 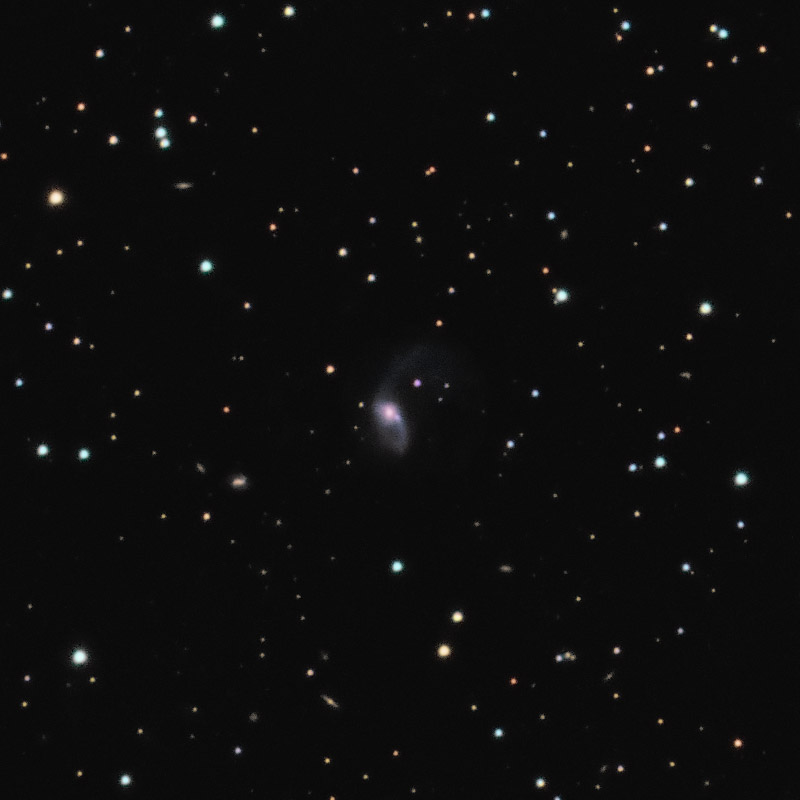 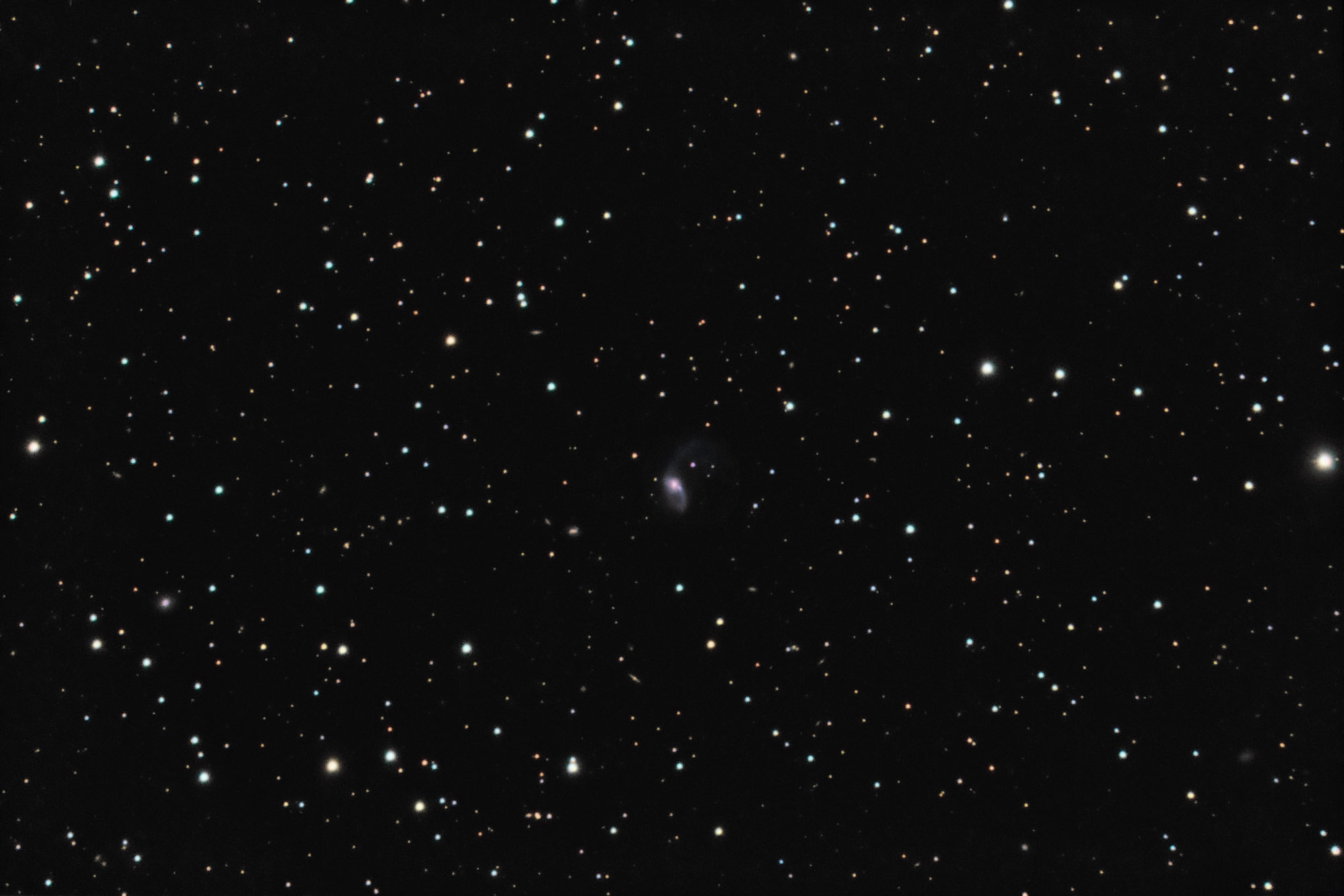