Arp 181 is a pair of NGC objects in northern Draco about 429 to 440 million light-years away. Arp put it in his category for galaxies with narrow filaments. In this case, he is apparently referring to the long drawn out tidal arm going to the west of NGC 3212. His comment reads: \"Long faint filament extends westward from south arm.\" This certainly fits NGC 3212, the galaxy on the right (west). But then the confusion sets in. Arp says he is referring to NGC 3210! NGC 3212 is indeed the galaxy with the long straight filament but NGC 3210 is just a double star above the faint part of the arm. The other obvious galactic companion lies to the east so has the higher designation of NGC 3215. The NGC Project says this about NGC 3210: \"NGC 3210 is a close double star about an arcminute west-northwest of NGC 3212. WH\'s description is appropriate, and his position (for all three objects; the third is NGC 3215) is good. There is another star of similar magnitude about 23 arcsec preceding the double; is it possible that WH glimpsed this, too? If so, it would probably have added to the illusion of nebulosity. - Dr. Harold G. Corwin, Jr.\" It is just the two rather bright blue stars north of the filament. Arp\'s image of Arp 181 cuts off the eastern side of NGC 3215 but does include the double star. So was he meaning 3212 and 3215 when he said 3210 and 3212? All papers seem to think so. But if that is right it is the only image of all 338 entries to fail to include all of the galaxy(s) involved. Since he was so meticulous in his images I find it odd he failed to include all of the objects. In any case, I\'ll go with the majority, besides, if I left out 3215 I\'d not have much to talk about.

NGC 3212 is classed by NED as S? as SB by the NGC Project and SBb?? by Seligman. I really don\'t see a bar, just a bright spot on one side of a round, typical core of a SA spiral. Redshift puts it at 440 million light-years. NGC 3215 is classed as SB? by NED, S by the NGC Project and SBbc? by Seligman. So does it have a bar? I see a slight hint of one mostly due to how the arms begin a bit out from the core as if there\'s a rather obscured bar present. It would seem to also fit Arp\'s category for three armed spirals as there appears to be a faint southern arm beside the closer in the brighter southern arm. NED gives it a redshift putting it a bit closer, 429 million light-years. That would make it some 140,000 light-years across, a very large spiral. Still, could it pull out the tidal arm of NGC 3212 without it showing much distortion? Or is the tidal arm of NGC 3212 due to something it digested or interacted with in the past? I tend to favor the latter.

The only other galaxy in the field that NED has redshift data for is MCG +13-08-013 near the right edge of the image just above centerline. It is listed at 1 billion light-years. NED makes no effort to categorize it. It is huge at about 200,000 light-years in diameter. I\'m surprised it isn\'t the core of a galaxy cluster but apparently, it is a huge lone galaxy. Maybe it ate all its companions. That would explain its size.

With nothing else in the field with any data to speak of and many of the galaxies not even listed in NED, I didn\'t prepare an annotated image. I lost 4 L images to clouds and horrid seeing as well as 4 color frames. The weather has been a constant menace in 2012 with many images being affected by it I\'m finding. I wanted to go much deeper but the weather had other ideas. This results in the image being noisier than I was expecting. 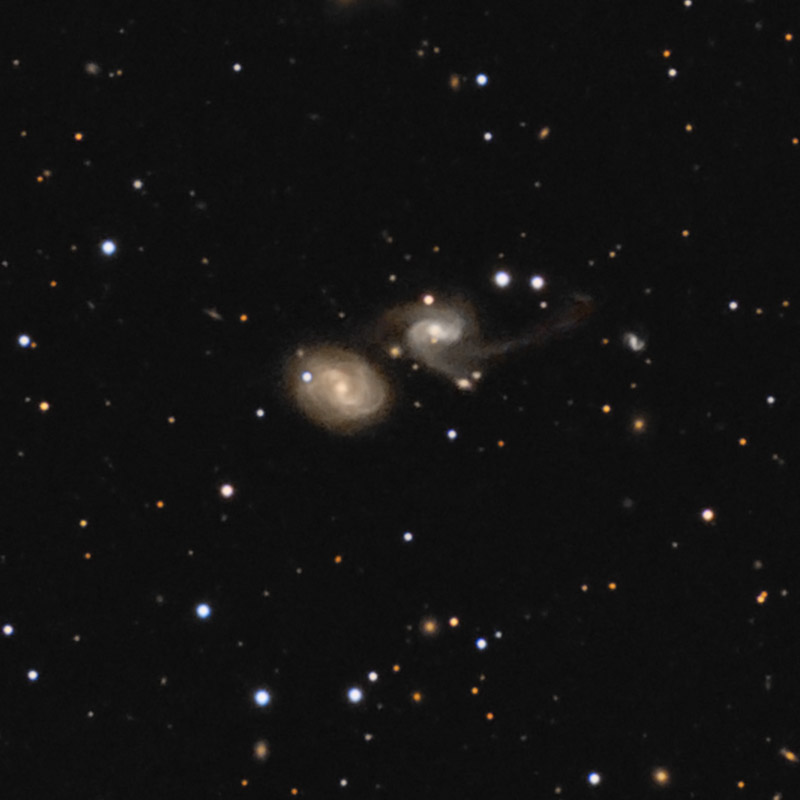 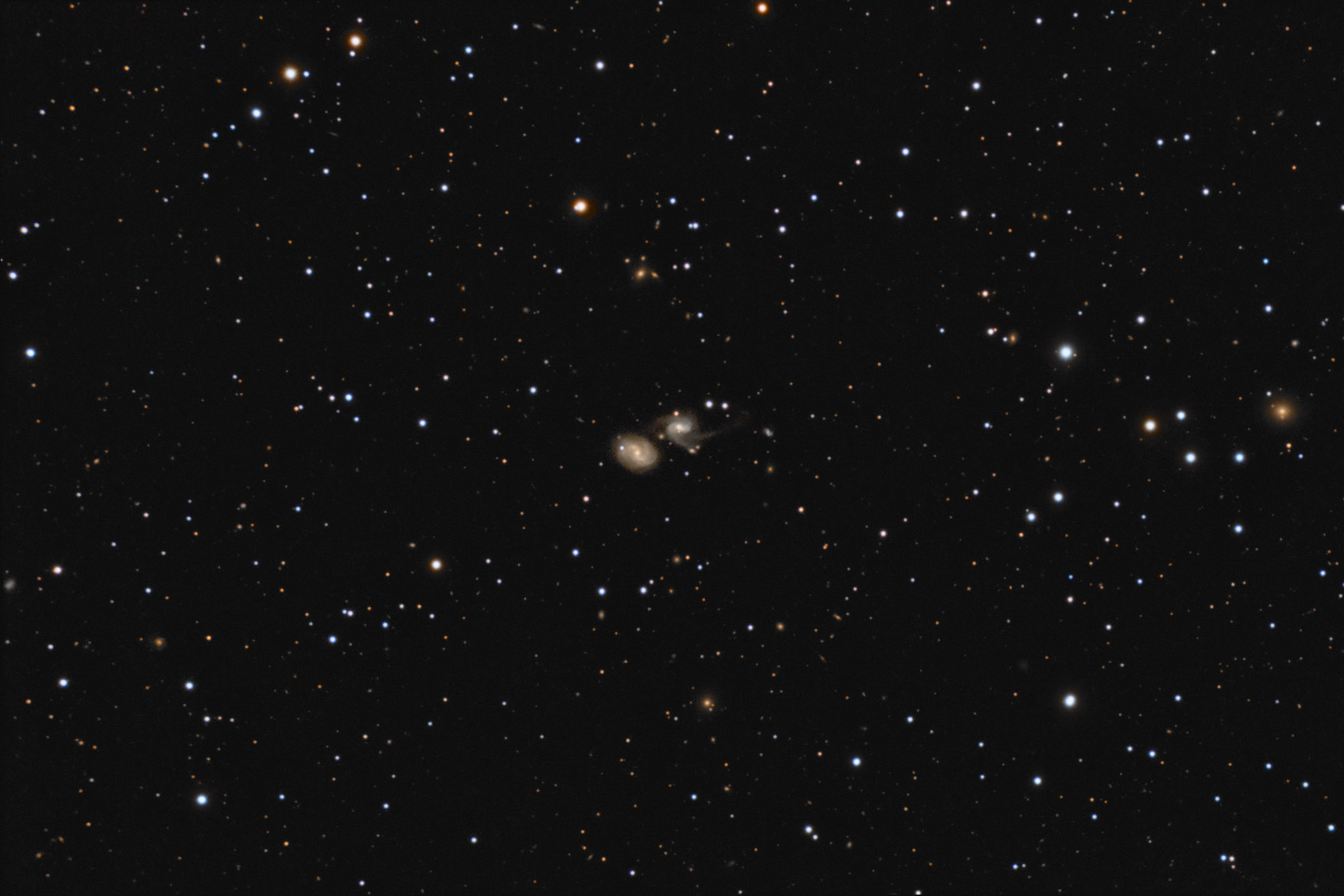